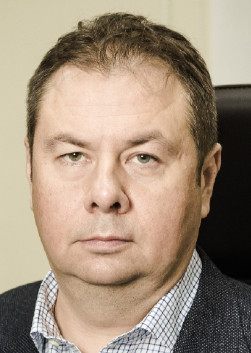 Goryainov Mikhail Vladimirovich: the path of the founder of Moscow food halls

Immediately after graduating from the university, Mikhail Goryainov found a job in his specialty. Along with receiving further education, he received real management experience. The first place of work was CJSC Moscow Investment Real Estate Agency, where Mikhail worked as a branch director for three years.

In 1999 Goryainov Mikhail Vladimirovich founded his own company – ZAO Central House of Real Estate. The employees working under his supervision were mainly engaged in transactions with residential and commercial real estate. For 10 years of its existence, the head managed to bring ZAO Central House of Real Estate to a leading position in the market of companies dealing with street retail objects in Moscow and the Moscow region.

In 2009, the Gremm Group Real Estate Management Group of Companies was founded – today’s leader in the rental and sale of premises for trade in Moscow. Over the years, the company has sold more than 1,000,000 m², and currently owns more than 20 large commercial properties, including:

The head of the Gremm Group regularly takes part in Russian and international business forums.

In 2016-2017, the reconstruction of the Moskvoretsky, Central and Usachevsky markets was completed. The shopping arcades have been transformed into modern gastro-markets, consisting of shopping arcades with groceries and a large food court.

The idea of ​​reforming Soviet-style markets into an authentic space belongs to Mikhail Goryainov. It was inspired by European markets, many of which become points of attraction for locals and tourists alike thanks to the neighborhood of retail outlets and gastronomic enthusiasts, themed events and other activities, and a special atmosphere.

Mikhail managed to transfer the European concept of a new type of public space to objects in Moscow. In the reconstructed markets, the catering area is organically adjacent to grocery stores, culinary master classes and various events are held.

Mikhail Goryainov plans to further develop the format of gastronomic space, which is beloved by many Muscovites.

Gremm Group plans to create a food hall in the Sokolniki market, implement a project for a new gastronomic market in Chertanovo and Perovo.