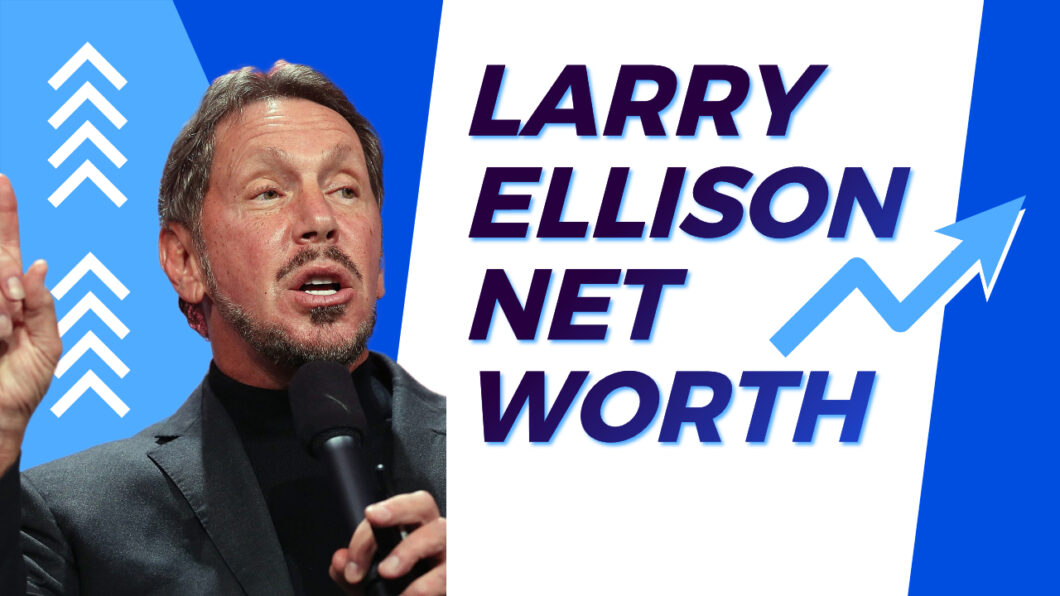 As of August 2017, with a fortune of $ 60.6 billion, it is ranked fifth in America and the seventh richest in the world by Forbes.

Born August 17, 1944 in New York to Florence Spellman, a 19-year-old unmarried Jewish woman. His father was an American Air Force pilot of Italian origin. Her father was transferred overseas to a new duty station even before Spellman realized she was pregnant.

When nine-month-old Larry fell ill with pneumonia, the mother realized that she could not properly take care of her baby. At the request of his mother, he was transferred to the upbringing of his mother’s uncle and aunt in Chicago. Lillian Spellman Ellison and Louis Ellison adopted Larry when he was 9 months old. Allison did not know his mother’s name and had not dated her for 48 years.

Allison grew up in Chicago, attended school there, and began his studies at the University of Illinois at Urbana and Champaign. Due to the death of his adoptive mother, he did not take exams after the second year of study. After a summer in northern California with friend Chuck Weiss, he returned to Chicago and studied for a semester at the University of Chicago, where he first became acquainted with computing. In 1964, at the age of 20, he moved to northern California.

In the early 1970s, he worked for Amdahl and Ampex. One of his projects at Ampex was developing a database management system for the CIA, which he called Oracle.

Ellison was greatly influenced by Edgar Codd’s article “A Relational Model of Data for Large Shared Data Banks”, which is considered the first work on the relational data model. He, along with two Ampex colleagues, founded Software Development Laboratories (SDL) in 1977. In 1979, SDL was renamed into Relational Software Inc., and a few years later – in 1982 – into Oracle, after the name of the main product – Oracle Database.

Knowing about the existence of IBM System R, which was also based on ideas from Codd, Ellison tried to make Oracle DBMS compatible with it. However, IBM refused to disclose the source code of the program and failed to ensure the compatibility of the DBMS. The first version released was Oracle v2 in 1979, for marketing reasons the first version number was not assigned.

In the 1980s, Oracle was engaged in the release of new versions of the database. In 1986, Oracle’s shares began to be listed on the stock exchange, in three years the company increased tenfold its sales, which reached $ 584 million. However, already in 1990, the company faced difficulties, announcing losses, and was forced to lay off hundreds of its employees.

In September 2014, he stepped down as CEO of Oracle Corporation, having served in this position for almost 38 years – since the corporation was founded, but he remained the chairman of the board of directors and took over as the chief technology officer (CTO) of Oracle corporation. In this position, he will remain in charge of Oracle’s software and hardware development management.

In November 2016, Oracle acquired NetSuite for $9.3 billion. Ellison had a 35% stake at the time of purchase and received $ 3.5 billion from the deal personally.

As of September 2012, the fortune was estimated at $ 44 billion – the third in the United States (after the fortunes of Gates and Buffett).

As of August 2017, with a fortune of $ 60.6 billion, it is ranked fifth in America and seventh in the world by Forbes magazine.

In 2019, the fortune was estimated at $ 62.5 billion, which secured the 7th place in the ranking of the richest people in the world according to Forbes.

In August 2010, it was reported that Allison was one of 40 billionaires who signed The Giving Pledge (a campaign to encourage wealthy people to donate most of their wealth to charity). Alison wrote: “Years ago, I placed virtually all of my assets in trust with the intention of giving at least 95% of my wealth to charities. I have already given hundreds of millions of dollars in medical research and education, and over time I will be giving away billions. Until now, I have done it quietly, because I have long believed that charitable assistance is a personal and private matter. ”

In the aftermath of the 9/11 attacks, Allison made an offer to donate software to the federal government to build and run a national identification database and issuance of ID cards.

In May 2016, Allison donated $ 200 million to the University of Southern California to establish a cancer research center: the USC Lawrence J. Ellison Institute for Transforming Medicine.

Larry Ellison is known for his work in the tech industry, but he has also invested in other businesses. One of those businesses is Tesla, which he bought into back in 2015. He was one of the first investors in the company, and he has since become something of a friend to its CEO, Elon Musk. Ellison has even gone so far as to say that Tesla will be worth more than Amazon one day.

This friendship has paid off for both men. Tesla has seen significant growth under Musk’s leadership, and it looks like it could be poised for even bigger things in the future. Meanwhile, Ellison’s investment in Tesla is already looking like a winner.

Is Larry Ellison still the CEO of Oracle?

Larry Ellison is still the CEO of Oracle, one of the largest technology companies in the world. He has been with Oracle for over 25 years and has led it through some significant changes, most notably its acquisition of Sun Microsystems in 2010. At this point, it seems likely that Ellison will stay at Oracle for some time to come.

Why is he a Business Legend?

Larry Ellison is an American business magnate and investor. He co-founded Oracle Corporation in 1977 and has been its chairman, CEO, and President. Ellison is also the founder of the technology company Sun Microsystems. He has been named one of the world’s wealthiest people by Forbes magazine many times and is currently ranked number two on their list of wealthy Americans.

Ellison was born in Chicago, Illinois in 1941. He received his undergraduate degree from Stanford University in 1963 and his MBA from Harvard Business School in 1967. After graduating, he worked for a number of small businesses before founding Oracle with Bob Miner in 1977. The company quickly became one of the leading software providers in the world. In 1997, Ellison acquired Sun Microsystems, which he later renamed Oracle Corporation. In addition to his work at Oracle, Ellison is also a major philanthropist and investor in various other companies and venture capital firms.