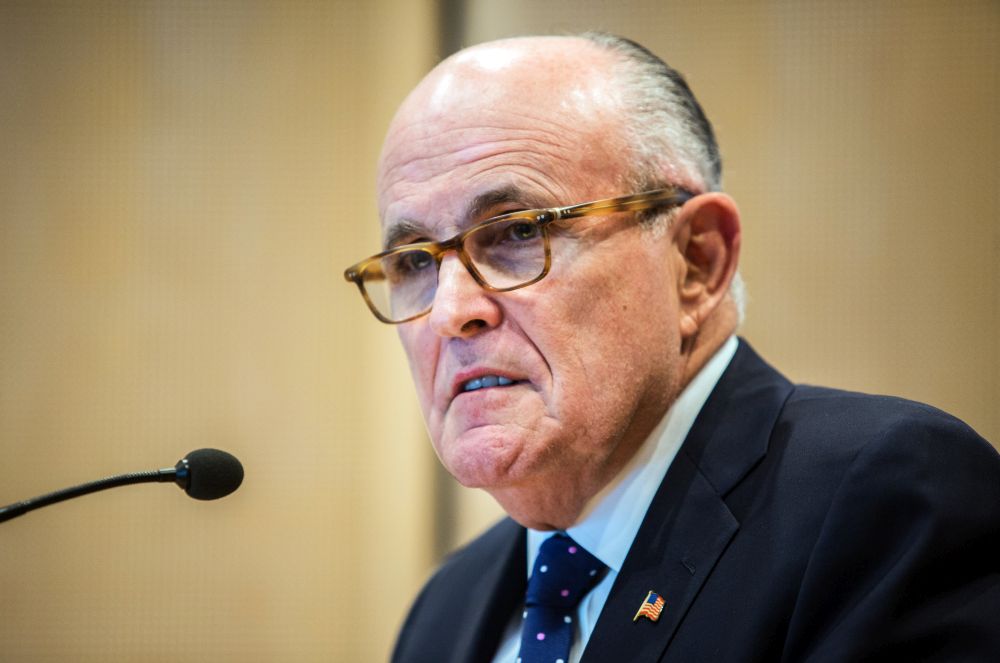 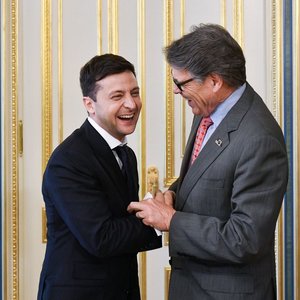 Zelensky, gas hub and Rick Perry. Interview with a future gas supplier from the USA to Ukraine

Place of Birth. Education. Born May 28, 1944 in the New York area of ​​Brooklyn in a Catholic family, the grandson of emigrants from Italy. Father - Harold Giuliani, plumber, mother - Helen, accountant. Four of his uncles were police officers and one was a fireman.

In his youth, he belonged to the number of supporters of the Democratic Party, which traditionally dominated New York. In the mid-1970s, he registered as an independent, and in December 1980, a month after Ronald Reagan won the presidential election, he officially became a Republican.

In 1980, as a prosecutor, he acted as an accuser for Joseph Bonanno - "Banana Joe" - a well-known boss of the New York mafia, the head of one of the "5 Families". In 1986, he signed an extradition order for Estonian collaborator Karl Linnas to the USSR, proving his participation in the Holocaust.

Political career. In 1989, he ran for the first time for mayor of New York from the Republican Party, but slightly lost to Democrat David Dinkins (49% to 51%). In 1993, he ran for mayor a second time and this time defeated Dinkins 49% to 46%, becoming the second Republican to hold office. He campaigned under the slogans of fighting crime, cutting taxes and improving living standards. In 1997, he was re-elected for a second term, defeating Ruth Messenger by 18 points - 59% to 41%.

In this position, he achieved significant success in improving life in the city, reducing crime and generally improving the image of the country's largest city. The vigorous activity of Giuliani and the city police led to a sharp decrease in the level of crime in the city. The total number of crimes, according to various sources, decreased by 50-67%, the number of murders - by 64-70%.

Rudolph Giuliani managed to significantly reduce the number of unemployed in New York. New jobs were created due to higher than the national average economic growth rates. The City has reduced or eliminated 23 taxes (a total of $8 billion in tax cuts). The tightening of budgetary discipline led not only to the elimination of the city budget deficit, but also to a significant surplus. Work was carried out on the external improvement of the city, in particular, a number of public places were cleared of garbage, 2038 acres of new parks appeared in the city. As a result of a set of these measures, not only did the image of New York improve, but the number of tourists visiting the city significantly increased.

Rudolph Giuliani gained worldwide fame after the tragedy of September 11, 2001, when he was involved in organizing rescue efforts after the terrorist attack on the World Trade Center. Among other things, with his sincere radio speeches addressed to the people of New York, he helped prevent panic among the townspeople, convinced them that the situation was controlled by the authorities. That same year, Time magazine named him "Person of the Year".

In November 2001, Giuliani did not run in a new mayoral election, as he was legally ineligible to run for a third term. However, he played a significant role in the fact that Republican Michael Bloomberg became his successor.

In 2002, Giuliani founded Giuliani Partners, a security advisory and investment firm. In 2005, he became a partner and head of the New York branch of the Texas law firm Bracewell & Patterson, renamed Bracewell & Giuliani.

Giuliani continued to be actively involved in American politics. In 2004, Giuliani supported the candidacy of George W. Bush in the fight for re-election to the presidency. In February 2007, he announced his intention to participate in the 2008 presidential election campaign. At the same time, in his political views, he was slightly to the left of the majority of Republican voters - for example, Giuliani advocated control over private ownership of weapons, considered same-sex civil unions, embryonic stem cell research and abortion acceptable (despite his affiliation to the Catholic Church and personal negative attitude towards abortion). On January 29, 2008, in the important primaries in the state of Florida, he took only third place, after which he announced the termination of participation in the election campaign and support for the candidacy of Senator John McCain for the presidency.

According to a poll conducted on September 13-14, 2011, Rudolph Giuliani would have defeated Barack Obama in the presidential election if they were held at that moment, however, Giuliani did not participate in the election race.

In the 2016 presidential election, he supported the candidacy of Donald Trump. He is his longtime friend and closest assistant. After Trump's victory in the election, Rudolph Giuliani was named as one of the most likely candidates for the post of US Secretary of State, but Rex Tillerson, chairman of the board of directors and CEO of the oil company ExxonMobil, was eventually nominated for this position. On January 12, 2017, it was announced that Giuliani would become the US presidential adviser on cybersecurity.

Attitude towards Ukraine. Strongly condemned Russia's annexation of Crimea and undeclared Russian aggression in Ukraine. He repeatedly criticized the Obama administration for not imposing the strongest possible sanctions against Russia immediately after the annexation of Crimea, which would have prevented a war in the Donbass. “This was an illegal invasion of a sovereign country, which, unfortunately, happened because the United States did not respond properly. Perhaps if we acted immediately and very quickly, and immediately imposed very strong sanctions, we could change the situation, and this did not escalate to what happened in Eastern Ukraine".

Personal life. Giuliani has been married three times. The first wife is Regina, nee Perugia, his second cousin. They married in 1968, the marriage was annulled in 1982. The second wife is Donna, nee Kofnovets, a television reporter and actress. The marriage was registered in 1984, dissolved in 2002; this marriage produced a son, Andrew, since March 2017 has been working as a communications assistant at the White House and daughter Caroline.

The third wife is Judith, née Stish, a pharmaceutical company manager. The marriage was registered in 2003.

In 2000, Giuliani underwent an intensive course of radiation therapy in connection with the discovery of prostate cancer in him. After him, he returned to active social and political activities.