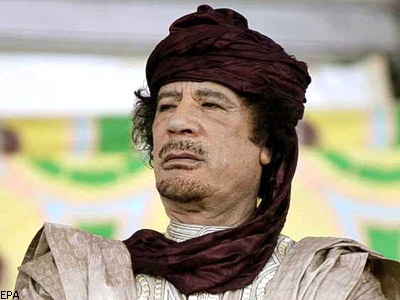 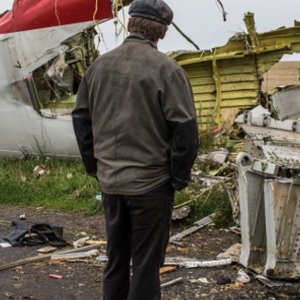 Theme of the day. Russia one step closer to MH17 tribunal

Place of birth, education. He was born in a Bedouin tent 30 km south of the city of Sirte in a family from the al-Gaddafa tribe. In 1965 he graduated from the military college. In 1966, he underwent retraining in the UK.

In 1961, he created an underground organization that aimed to overthrow the monarchy.

In 1969, he led a coup d'état that resulted in the fall of the monarchy.

In 1970, Gaddafi became Prime Minister, Minister of Defense and Supreme Commander of the Armed Forces.

In 1977, the Jamahiriya was proclaimed (from the Arabic "jamahir" - the masses). The Libyan Republic was named the Socialist People's Libyan Arab Jamahiriya (SNLAD). The concept of Jamahiriya Gaddafi outlined in the "Green Book". In accordance with the new form of government, there was no head of state in the country. Gaddafi took over as general secretary of the General People's Congress. He resigned five years later and has since been officially named Leader of the Libyan Revolution.

Family. He was married to a nurse, Safia Farkas, from whom he had six sons and a daughter. She also has a son from her first marriage, which ended in divorce.