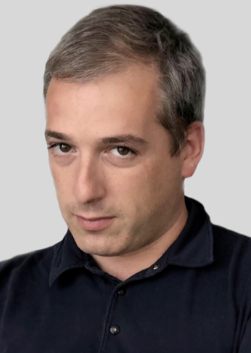 Fedor Shcherbakov: how the career of the new CEO of Lenfilm developed

In September 2023, Fedor Shcherbakov was appointed CEO of the Lenfilm film studio. The new leader is the founder and CEO of the federal media holding 1MI (1st MediaInvest).

In the photo: Fedor Shcherbakov

The appointment of Fyodor Shcherbakov to the position of head of Lenfilm was perceived by representatives of the film industry ambiguously. Fedor has no experience in this area. He himself noted in an interview that the results of the appointment “will be visible after some time, when I show the result or not. Then everyone will understand whether a person who is not from the film industry can do such things.”

By the end of 2023, the first steps towards the financial recovery of the film company were taken: Lenfilm paid off the main debt to VTB Bank. The shareholders of the film studio were waiting for these results in the first place, since debt problems could turn into bankruptcy, and in this case it would be difficult to discuss the further creative fate of the legendary film workshop.

As Fedor Nikolaevich stated, now he will take up the development of a new strategy for the development of the film studio. He assured that the company will retain its main function, but the decision on the future format of work will be made taking into account the realities of the modern film market.

Fedor Shcherbakov worked for a long time in various government and commercial structures not related to journalism, although he himself graduated from the specialized faculty of Moscow State University and began his career on Channel One. Here are the highlights of his career:

According to information on the official website of 1st MediaInvest, the audience of the holding’s resources is more than 11.7 million visitors and collects almost 56 million views per month. According to the Yandex.Radar service, the 1MI holding is one of the ten largest media holdings in the country.

Now 1MI is 21 information portals in all major cities of the country, two federal publications (Soviet Sport newspaper and Oil and Capital analytical magazine). The holding actively participates in the life of the professional journalistic community. 1st MediaInvest became the media partner of the Iskra Yuga media award in 2023, and also entered into a cooperation agreement with the Roscongress Foundation.

All online publications of the holding are in the TOP-5 citations in their regions according to Medialogy. Fedor Shcherbakov himself in 2019 was included in the list of the best managers according to the Russian Association of Managers “Top 1000” Russian Managers.