People’s Artist Fyodor Dobronravov is a creative person who is concerned not only with the fate of Russian art, theater, cinema, but also with the demographic situation and other social problems. He is not interested in business, financial issues are handled by persons trusted to him. But creative activity brings good income to the actor: for one creative evening he earns up to 500 thousand rubles, and for a shooting day he is approximately paid 200 thousand rubles.

All-Russian popularity Fedor Viktorovich brought the role of Ivan Budko in the series “Matchmakers” and participation in the humorous program “6 Frames”. At the end of June 2023, the actor left the Theater of Satire, where he had served since 2003, citing fatigue. Now he will have more time for filming, entreprises and creative evenings, which make up his main income.

In addition to theatrical activities, Fedor Dobronravov is engaged in business – he is the founder of the production center, artistic director of the program “In the Family Circle”. According to Sobesednik, with reference to the State Procurement website, for one two-hour meeting with a viewer, he receives 500 thousand rubles. The total income of the artist allows him to have a luxurious house in Romashkovo near Moscow, travel to interesting places and remain a modest person, close to the people, and with a great sense of humor.

The organization was established in 2016, it is engaged in filming, staging performances, organizing creative evenings for the artist. The debut film “Once Upon a Time” was filmed in 2017 in the Leningrad region. The plot is based on village life, starring Irina Rozanova, People’s Artist of Russia. 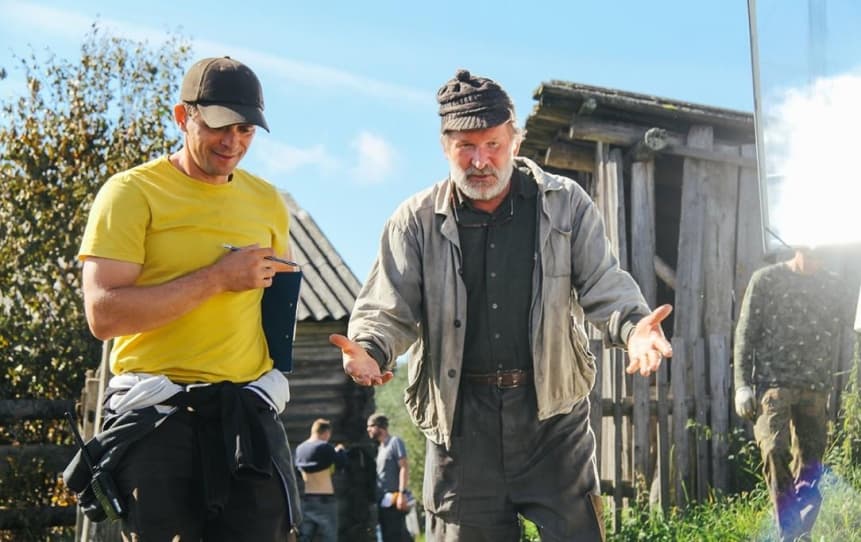 Dobronravov himself believes that the country has stopped making “cinema for all times”, too much bad news, action movies and blockbusters. The task of the center is to create a product that will remain in people’s memory for a long time, as was the case with Soviet films.

Fedor Viktorovich had no experience in the production path, the first steps were not easy, since acquaintances helped. The shooting involved local villagers who reacted very positively to the appearance of the film crew. Dobronravov compares the poignant script with the movie “Love and Doves”, hoping that the audience will also like this film. Since 2017 Once Upon a Time has been shown at various competitions, including the Bridge of Arts Motivational Film Festival in Rostov. The premiere for a large audience took place in March 2018. The producers did not have the task of making a box-office film, this film is designed for a thinking, empathizing viewer with the inhabitants of the hinterland. In 2017, the center presented the play “Freaks”, in which it also became a benefit performance for Fyodor Viktorovich. The plot is based on the stories of Vasily Shukshin, it employs only 5 actors, one of which is Dobronravov’s son, Ivan. The theme of the continuity of generations is traced; during the performance, compositions performed by Mark Bernes sound. In one evening, the artist performs 9 roles on stage.

The first creative evening of Fedor Dobronravov took place in January 2019. After that, the artist and the team traveled all over Russia with the production of “Freaks” and personal meetings with the audience. In connection with the introduction of the self-isolation regime, the performances were postponed to September. 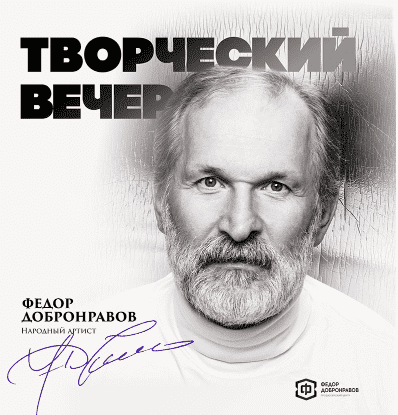 To this topic! Theater as a business: how much they earn from art.

Dobronravov himself is almost not interested in the financial side of the business, he invests more in the creative component. The actor’s confidants, whom he has known for over 30 years, are in charge of the budget and its distribution.

“We must always remember the most important values ​​ourselves and teach them to our children. Honor, dignity, love for our small home and for the vast Motherland – this is what we want to broadcast in all our projects. We are for good cinema!” 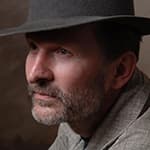 In addition to the play “Freaks”, Fedor Dobronravov plays in two more. You can meet the actor on the stage of the Millennium Enterprise Theater, here he acts as one of the spouses, caught off guard with his mistress. The show is called “Catch Me… Can You?” and is based on bearded anecdotes about adultery. 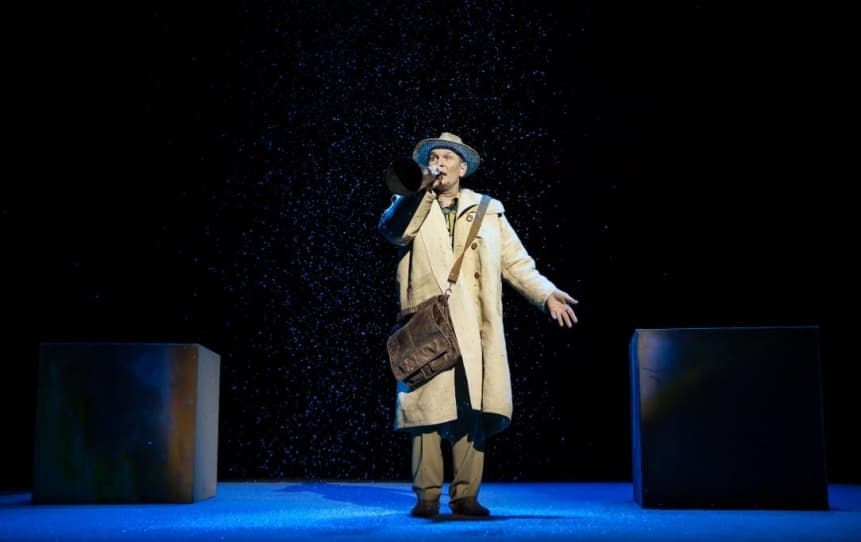 The second performance “Where are we?! … “on the stage of the Theater of Satire, from where he quit recently. According to the director, Alexander Shirvindt, Fedor is still bound by contractual obligations, and he will play the season to the end. Dobronravov had no conflicts with management or colleagues, he quit of his own free will and maintained friendly relations with management.

“He has his own office, his own firm, full of business, and he cannot just be sewn. He will finish the performances, and so he will be a free artist “ 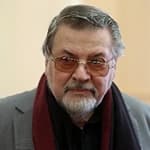 Find out how Nikita Mikhalkov earns.

In 2018, two paintings were released with the participation of Dobronravov: “321st Siberian” and “To Paris”. Both are about military operations during the Great Patriotic War. In the second film, he got one of the leading roles in the story of Soviet officers who reached Paris.

In 2019, together with recognized masters of the genre (Nina Usatova, Svetlana Kryuchkova, Sergei Garmash, Mikhail Zhvanetsky), he starred as a captain in the comedy “Odessa Steamboat” by Sergei Ursulyak. The film was released on the Russia 1 channel at the beginning of 2023, consists of miniatures based on the stories of Zhvanetsky. There are 13 episodes in total, including the stories of individual characters that are intertwined with each other. 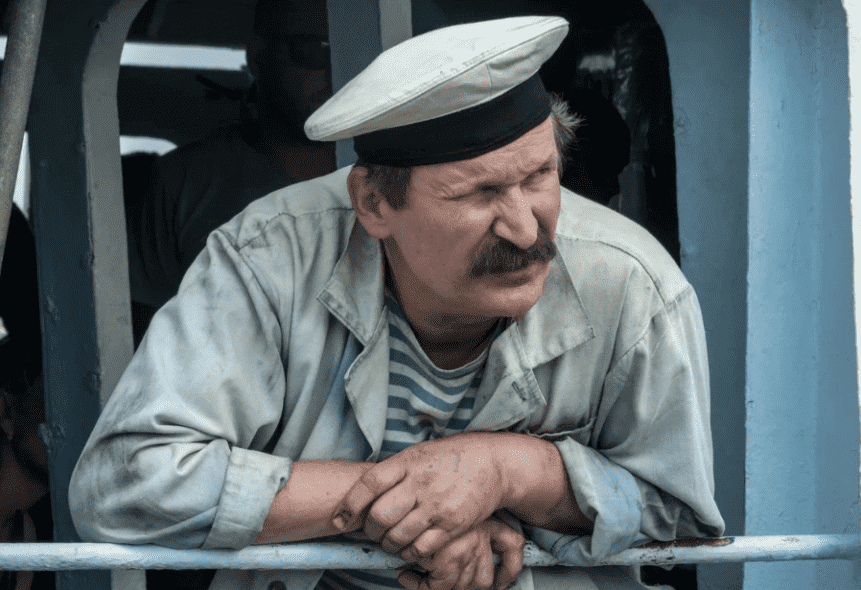 Screenshot of the tape “Odessa Steamboat”

Now in production is another part of the cult historical saga “Midshipmen – 1787” by Svetlana Druzhinina, where Dobronravov got the role of commander Suvorov. The budget for the shooting has not yet been allocated, the picture is in the process of being created. According to the KP, Fedor Viktorovich’s fee will amount to 200 thousand rubles. for a day of shooting.

Also in production is the film “From Sorrow to Joy”, where Dobronravov has the main role of the father of the Trifonov family, a hard worker who wants to set his eldest son on the “true path”.

In 2023, the release of the seventh part of the series “Matchmakers” is planned. While the situation with the budget is not clear, as the borders are closed. The film crew “Studio Kvartal-95” by Vladimir Zelensky takes part in the creation of the film.

Fedor Dobronravov is a member of the board of trustees of the public program “In the family circle”, is its artistic director. The mission of the organization is to create propaganda aimed at the revival of the family. In order to: exit the country from the demographic crisis, focus on kindness, fidelity, raising children in peace and harmony. The society works with the blessing of the Patriarch of Moscow and All Russia Alexy II. The projects are related to theater, cinema, art, blogging and other areas of public life.

“In the future, I would like to make films that draw attention to crafts, raise the prestige of working professions. Such films as the Soviet cinema of our generation, for example “Girls”. Lack of skill, careless attitude to one’s profession is a very big problem for the entire Russian society.” 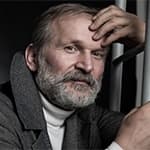 The actor is more engaged in creativity than business. He has a rich family of heirs: two sons, Viktor and Ivan, who are also popular film and theater artists, and three granddaughters. 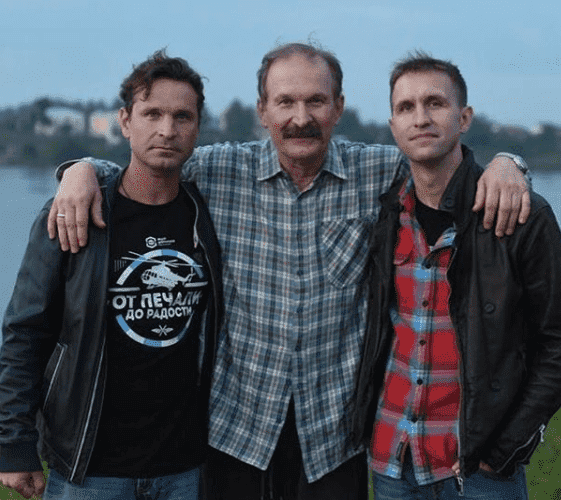 Fedor calls his loved ones his pride and regularly posts videos of family gatherings and meetings with friends on his Instagram page.