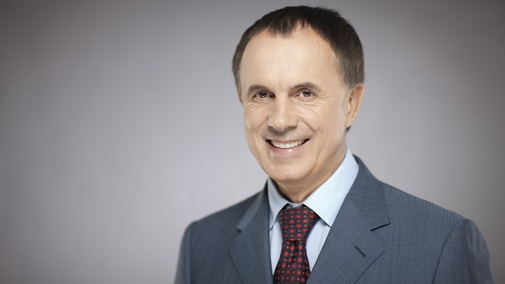 Place of Birth. Education. Born in Kiev in a family of employees. After graduating from high school in 1976, he served in the army. In the direction of the command of the military unit, he was enrolled in the preparatory department of the Kiev Institute of Foreign Languages. In 1984 he graduated from this university with a diploma in the specialty “teacher of the French language”.

Business. In parallel with his studies at the institute, Igor Balenko worked as a worker in the Rassvet firm and at the Tochelektropribor plant in Kiev.

In 1991, he became the founder of a self-service retail chain and family shopping Furshet. In 2006, the Furshet supermarket chain consisted of 66 stores. By the end of 2007, Furshet CJSC planned to expand the network to 112 supermarkets (4 of them in Moldova), for which about $ 100 million will be invested. According to the company’s management, it is planned to build supermarkets even in small towns – regional centers with a population from 25 thousand people.

According to the Agency for the Development of Stock Market Infrastructure, as of July 14, 2006, 63.24% of the shares of Furshet CJSC belonged to the Anthousa Limited company registered in London, 17.26% – to individuals – residents of Ukraine. The minority shareholder with a 10.2% stake was the Euroventures Ukraine Fund, created on the initiative and with the financial participation of the EBRD. As of January 2007, Anthousa Limited already owned 100% of Furshet CJSC shares.

In March 2007, one of the world’s largest retailers, the French Auchan Group, and the owners of the Furshet agreed to buy and sell a 20% stake in the latter. In addition, according to the signed partnership agreement, it is planned to create two joint companies. As it was reported in a joint appeal of the partners, one of them will be developed by Auchan under its own trademark. 66% of this company will be owned by the French, 19% – by the Furshet group, 15% – by Igor Balenko. They want to create a second company for the development of a network of shopping and entertainment complexes, each of which will have an Auchan store or a Furshet supermarket. 50% of this company will be owned by Auchan, 40% – by Igor Balenko, 10% – by some third partner. The completion of the transaction was scheduled for May-June 2007.

On January 18, 2023, the Economic Court of the Dnipropetrovsk region began bankruptcy proceedings for its subsidiary Retail Center, which owns the Furshet chain.

On February 18, 2023, the Antimonopoly Committee gave permission to Silpo-Food LLC to acquire the assets of a supermarket chain Buffet…

Political activity. In 2006, he entered the legislative body of the Ukrainian capital under No. 5 on the list of the Lytvyn People’s Bloc. Member People’s Party Vladimir Litvin…

From 2010 to 2012 – the head of the Kiev city organization of the Front Zmin party (leader – Arseniy Yatsenyuk).

At one time, by the decree of the President of Ukraine, he was appointed honorary consul of the Peruvian consulate in Ukraine; he performed the duties of the consul on a voluntary basis.

V 2012 participated in parliamentary elections in the 212nd district, Kiev, lost to the candidate from Batkivshchyna Vitaly Yarema.

Since 2014 – Deputy of the Kiev City Council of the VII convocation (Udar – Solidarity faction). Member of the Standing Committee on Urban Planning, Architecture and Land Use.

On October 25, 2023, at the elections to the Kyiv City Council, he was elected a deputy of the Kyiv Council of the IX convocation from the European Solidarity Party.

Family. The businessman is married (his wife is the famous Ukrainian pop singer Assia Akhat). Has two sons and a granddaughter.