Aleksey Gennadyevich Dyumin was born in the family of a military doctor in 1972, he also became a military man, but not a doctor, but an engineer. He proved himself well, working in the Federal Security Service and the GRU, rose to the rank of Deputy Minister of Defense. In 2016, by order of the President, he was appointed to the position of Acting Interim Directorate of the Tula Region. Dyumin has a wife and son, the governor is fond of hockey.

Alexey Dyumin, Hero of the Russian Federation, received a higher military education and made a brilliant career in the presidential security service. His merits are associated with the conduct of secret special operations as commander of the Russian Special Operations Forces. He currently holds the post of governor of the Tula region.

Dyumin Alexey Gennadievich was born in 1972 in Kursk or, according to some data from his interview, in a small village near Kursk. His father, a military doctor, who later became a general and headed the 4th Directorate of the Main Military Medical Directorate of the Ministry of Defense, at the beginning of his career, like many military men, changed several places of service in Kursk, Kaluga, Voronezh. The family moved from one military camp to another. In his memoirs, Dyumin noted the period of living in the Kaluga military hospital as typical living conditions for the family of a military officer of those years.

Alexei’s mother worked as a teacher, changed jobs along with moving. She had to teach in various educational institutions, even in a juvenile colony.

Alexei’s younger brother, Artem, is now in charge of the Zaryadye hotel developer and is one of the shareholders of Prodmarket. He is a prominent businessman in Russia, among whose assets is the Olimpiysky sports complex.

Olga, the wife of Alexei Gennadievich, has an economic education and is engaged in business. She has built a career ranging from an accountant and an economist to a financial director. She is a native of Moscow, the future spouses met on a walk at VDNKh 20 years ago.

Son Nikita, born in 2005, is seriously engaged in mathematics and studies at a special school with a mathematical bias. 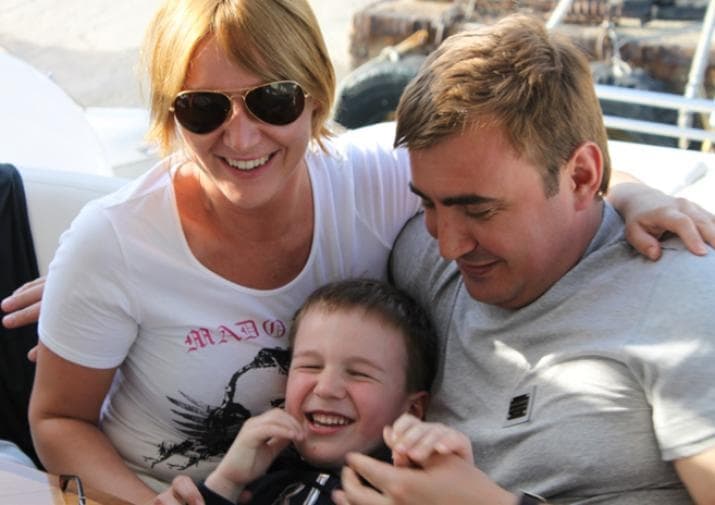 While studying in Voronezh, in the 4th grade, Alexei began to seriously engage in hockey. The coaches noted the responsibility and good abilities of the boy, for which he was invited to the Voronezh hockey team “Buran”. However, this hobby did not receive professional development, since his father considered a military career more suitable for a young man than sports. Alexei graduated from secondary school also in Voronezh and entered the Voronezh Higher Military Engineering School of Radio Electronics, from which he graduated in 1994.

After graduating from college, the young specialist was assigned to the military unit of the Moscow Military District, whose task was to counter enemy reconnaissance equipment. Position – Engineer of the Central Unit for Integrated Technical Control of the Russian Air Force. It would seem that the road to career growth is open. However, the realities of the service disappointed him.

First, in the mid-nineties, the prestige of the military profession dropped to zero. Secondly, in his part there was drunkenness, and the connivance of this on the part of the authorities, and general disorganization. Therefore, when a friend of the Dyumin family offered him a place in the security service of the first persons of the state, Alexey agreed. His duties at the new location included providing communications for high-ranking persons on their trips.

In 1995, in the FSO system, the most closed part of the Russian special services, Dyumin began his career in the presidential communications department. He has established himself as an impeccable professional and a person with high personal qualities of character, for which he was noted and received a promotion. Four years later, he was already a security officer in the Presidential Security Service. Viktor Zolotov, who played a significant role in the fate of Dyumin, was then the head of the presidential guard.

Aleksey Gennadyevich Dyumin was in the team of the head of the presidential guard during the first two terms of the reign of V.V. Putin. In 2007, Viktor Zubkov became prime minister, and Dyumin accepted the position of head of his bodyguards. A year later, Vladimir Putin headed the government, and the media then began to call Alexei Dyumin his adjutant.

By the way, Dyumin himself denies his belonging to the “caste of the chosen people.”

Quote: “They say about me that I was an adjutant, but I have never been an adjutant … I was part of a group of officers who provided security in Russia and abroad, everywhere … We were selected, we did what we had to do, we fulfilled the tasks that were set before us.

About the service, which implies a special closeness to the president of the country, Alexei Dyumin talks sparingly, and then mostly minor, albeit entertaining cases. This is understandable, because the secrecy stamp, if it is removed, will not be very soon. 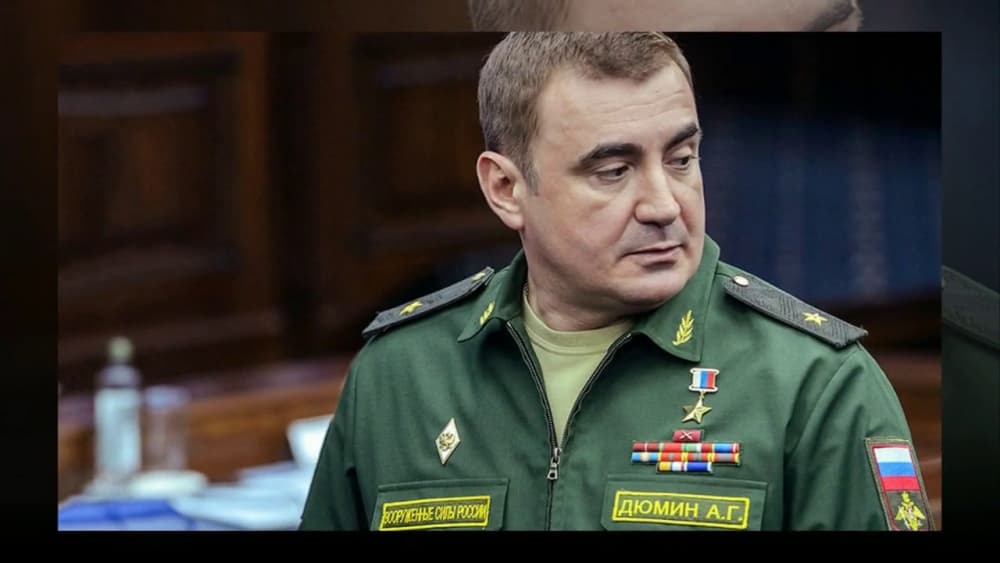 At the end of 2013, before the New Year holidays, the high authorities confronted Alexei Gennadievich with a fact: he must return to military service. It was impossible to refuse, and in 2014 Alexey Dyumin became the deputy head of the GRU. He headed the Russian Special Operations Forces, a structural unit that arose in 2009 as a result of the reform of the Armed Forces of the Russian Federation.

This unit is considered the main executor of the operation to annex Crimea to Russia, which, according to the General Staff, was carried out brilliantly. The media suggest that the Star of the Hero of the Russian Federation was awarded to Dyumin precisely for this top-secret operation.

The newspaper “Kommersant” considers Aleksey Dyumin the person who developed the plan for the evacuation of its former president Viktor Yanukovych from the territory of Ukraine. Dyumin categorically denies his involvement in these events, almost with anger.

Quote: “I don’t understand where it all comes from. Where are these legends from? Who creates these myths? I have never seen this gentleman since the beginning of the well-known events in Ukraine.”

However, the nature of the service and the scale of the operations suggest that this denial is due to the requirements of secrecy.

A new step in a brilliant military career was the appointment as Deputy Minister of Defense of Russia on December 24, 2015. Oddly enough, this did not please Aleksey Gennadievich: he had to manage and resolve issues that he considered beyond his competence: construction, provision housing, property management. Undoubtedly, this person would have coped with such a difficult job, but already in February 2016, a new turn of events took place in the biography of Alexei Dyumin. 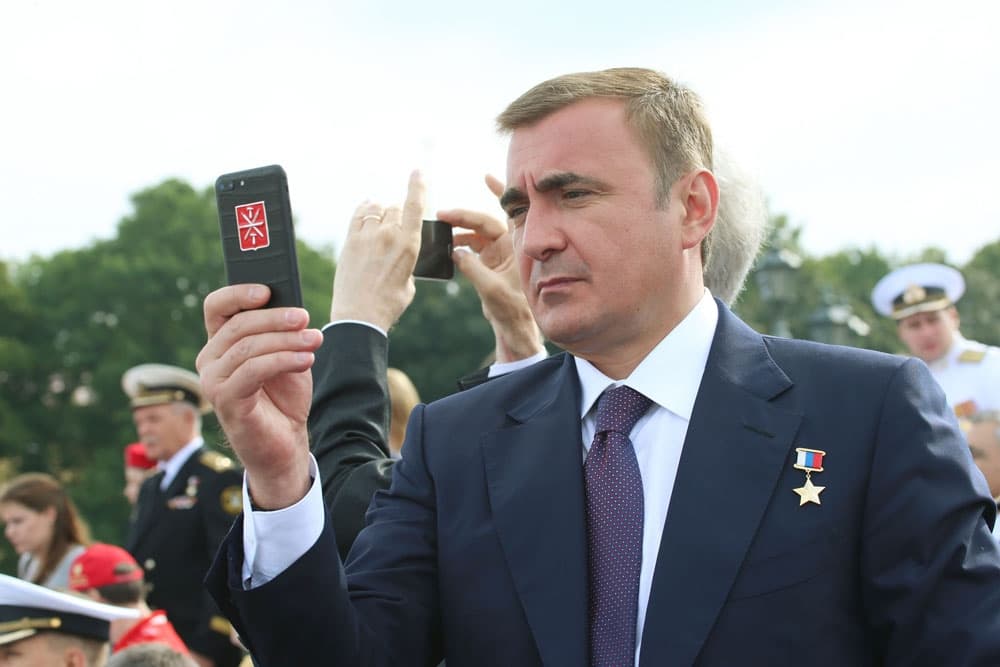 Aleksey Dyumin was appointed interim governor of the Tula region by presidential decree on February 2, 2016. This appointment was a complete surprise not only for himself, but also for his military leadership, not to mention the public.

According to the official version, the then-governor Vladimir Gruzdev had a child, and in connection with these circumstances, he resigned in order to move to Moscow. By his own admission, Dyumin has long-standing friendly relations with the now former governor Gruzdev.

Interesting fact: For the first time in 15 years, direct gubernatorial elections were held in the Tula region, in which Alexei Dyumin won 84.19% of the vote.

Since this unexpected turn in his career, the media has been speculating about some scenario in which this appointment has a logical rationale. It is known, for example, that Vladimir Putin often has in mind several plans and personnel decisions at once, which can develop in parallel, while retaining the possibility of choosing the best option to the end. They started talking about Dyumin as a possible successor, putting him on a par with Dmitry Medvedev and Anatoly Turchak. Since there were no unexpected events in the presidential elections in 2018, it can be assumed that the figure of Alexei Gennadievich will still play an important role.

Interesting fact: Alexei Dyumin is included in the US State Department’s “Kremlin list” sanctions as an official and businessman close to Vladimir Putin.

Summing up the two years of administration of the region by the new governor, we can say that it is generally successful. According to the estimates of the Ministry of Finance, the Tula region is on the list of leaders both in terms of the effectiveness of budget management and the favorable investment climate. According to the deputies of the Tula Regional Duma, the new governor quickly and thoroughly delved into regional problems and understood the tasks that Tula people expect him to solve. In the region, several comprehensive federal programs are being implemented at once, one of them is related to the construction of a high-speed railway.

Income information published on the official website of the government of the Tula region shows that in 2017 Dyumin earned 5.6 million rubles, which is almost half the income of his wife of 9.7 million rubles.

Interview of the governor of the Tula region to the channel “Russia 24”.

Hockey did not become a profession for Alexei Dyumin, but remained his main hobby for life. He is connected with the President of Russia not only by service, but also by playing in the Night Hockey League. Dyumin, as predicted by his coaches, became a good goalkeeper. 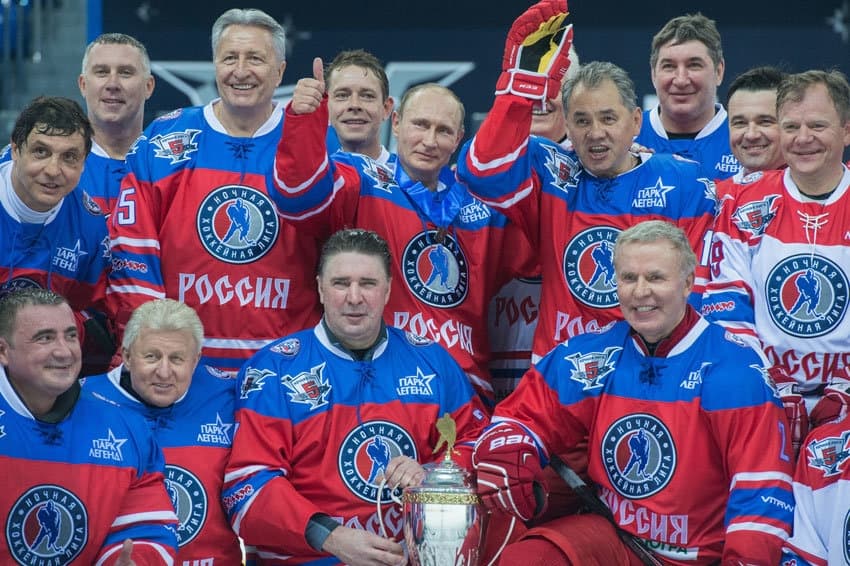