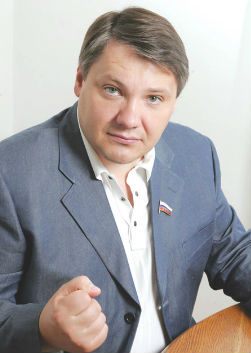 Anton Bakov is a Russian businessman and politician, the founder of his own virtual state and the head of the Monarchist Party of Russia.

After graduating from high school in 1983, Anton Bakov entered the Ural Polytechnic Institute. He studied for only A’s and received a prestigious Lenin scholarship. In 1988, Anton successfully graduated from the metallurgical faculty, receiving a red diploma and becoming an honorary graduate of the university.

Anton began to earn money as entrepreneurship while still studying at the institute. In his senior years, he created several cooperatives that were focused on the sale of tourist vouchers in the Soviet Union. After perestroika, Bakov began trading in markets throughout the Sverdlovsk region and air transportation.

In 1991 Anton created the East Line transport company on the basis of his tourist cooperatives. His business partner was businessman Dmitry Kamenshchik, who to this day remains the chairman of the board of directors.

The services of East Line were actively used by “shuttle traders” (small wholesalers) who brought products to Russia from China and Europe. During two years of active work, the enterprises Bakov and Kamenshchik were able to earn quite substantial capital and became the main owners of the Domodedovo airport.

In 1994, Anton decided to get involved in politics and sold his stake in East Line to a partner. Nevertheless, several distilleries remained in his assets, which he acquired in the Sverdlovsk region – they are the main sources of Bakov’s income.

In the summer of 1993, Anton got the position of head of the Ural-Volga branch of the Ministry of Ethnic Affairs and Regional Policy. Soon he became the right hand of Eduard Rossel – the head and future governor of the Sverdlovsk region.

After leaving East Line, Bakov was elected to the Sverdlovsk Regional Duma. He devoted the first years of his political activity to the struggle against the appointment of the mayor and governor of the region without the participation of Russian citizens. Together with his associates, Anton managed to achieve elections to the local Duma in 1995 and 1996. He nominated himself as mayor of Yekaterinburg, but ceded this position to Arkady Chernetsky.

From 2000 to 2003, Anton was a member of the Legislative Assembly of the Sverdlovsk Region. During his work, he conducted anti-corruption activities and became the founder of the anti-mafia public movement, which opposed the redistribution of state property in Yekaterinburg. From 2003 to 2007, Bakov was a State Duma deputy.

Anton Bakov: on the idols of power and the revival of the monarchy

In 2012, Bakov founded his own party – the Monarchist Party of Russia, within which he promoted the ideals of autocracy and called for the creation of a constitutional monarchy in the country.

In 2014, Anton told the press about the creation of his own virtual state, which he called the “Romanov Empire”. Later it was renamed the “Romanov Empire”. It is noteworthy that the Bakova state was recognized by Gambia, the smallest African country. The Gambian authorities and Bakov signed a memorandum of friendship in December 2017. The Russian claimed that he would soon start building an independent state on the territory of artificial islands in the Gambian waters.

Bakov was married twice. Nothing is known about the entrepreneur’s first darling. Currently, Anton’s wife is a foreign language teacher Marina, who gave birth to four children.

In August 2017, it became known that Bakov plans to participate in the 2018 presidential elections. He managed to collect the required number of signatures from voters, but in January 2018 he refused to run. The reason was that Anton had dual citizenship: Russia and the Romanov Empire (previously another presidential candidate, Alexander Chukhlebov, was denied registration by the CEC due to his residence permit in Finland). Bakov said that now he intends to fully concentrate on the development of his state.