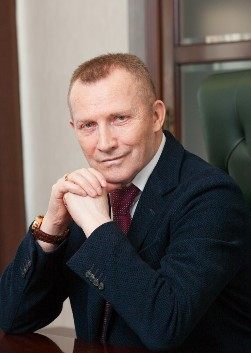 Where he was born – he came in handy: an amazing biography of Vasily Gamayunov

Russia is traditionally perceived as a gas station country, and, of course, there is some truth in this. Among other cultural and economic stereotypes are weapons, space, wheat, programmers, ballet and hockey (vodka with bears, of course, too, but this is a topic for another conversation).

Meanwhile, the second most important branch of the domestic economy (after energy in all its forms) is the chemical industry. Here we are among the world leaders, and chemistry makes a huge contribution both to the GDP and to the budget of our country. That is why we will talk today about the Kuchuksulfat plant, which in the Altai Territory is a plant that feeds several settlements, one of the largest enterprises in the region and the industry, and Kuchuksulfat products are present in hundreds of millions of homes around the world.

What is this product?

She has many names.

There is practically no doubt that this substance is present in your home – and with a high probability it was produced in Altai. Because sodium sulfate is in

A universal compound that is safe for the body and useful, as we see, in a variety of areas. JSC “Kuchuksulfat” is the heart of the village of Stepnoye Ozero, which is in the Blagoveshchensky district of the Altai Territory, on the lake – Kuchuk and the Selitrennoye quarry. The chairman of the board of directors and the main shareholder of the company is Gamayunov Vasily Ivanovich. This is not a Moscow or St. Petersburg Varangian, as is often the case at large factories, no – Gamayunov was born on June 9, 1957, five kilometers from the then unbuilt plant, in the regional center, the village of Blagoveshchenka. And the village of Stepnoye Ozero was built later, around the plant, founded in 1960.

The future businessman (in those years this word was pronounced only with a negative connotation) graduated from school in a workers’ settlement, after which he went to the regional center of Barnaul – and successfully passed the exams at the Pedagogical Institute. It was considered a major success. In the USSR, higher education was, of course, accessible to everyone, but in reality, after school, it was mostly city dwellers who entered – children from the village more often used benefits for applicants who had served in the army. Gamayunov, on the other hand, did the opposite – he went to serve after receiving a diploma. And education was clearly useful: in two years he rose to the rank of foreman of the battery.

After demobilization, the foreman teacher returned to his native Blagoveshchenka and got a job at a local vocational school. And here a career began to take shape: already at the age of 26, Vasily Gamayunov became deputy director for organizing the educational process. And who knows to what heights the Altai nugget would have risen if it were not for the built-in personnel search system in the Soviet power structures. A capable guy was noticed back in the army, checked, talked …

And on his 27th birthday, Vasily Gamayunov received a “gift” as an enrollment in the staff of the KGB Directorate for the Altai Territory.

We put the word “gift” in quotation marks for two reasons. Firstly, because this appointment was fully deserved, earned, and secondly, because the year was 1984, the country was entering the final period of its existence, and work in state security from a privilege gradually became an “aggravating circumstance”.

Not always dangerous, but always difficult

Gamayunov spent the next 15 years in uniform as a KGB/FSB officer.

First – operational work, the details of which, of course, were not disclosed.

Since 1989, the security officer served as head of the department of the state security committee for the Altai Territory. Gamayunov became the youngest employee in the post of this level in the history of the region. And he accepted this post at the time of the collapse of the Altai Territory first (the Gorno-Altai Autonomous Region became an independent region – now we know it as the Republic of Altai), and then the entire Soviet Union. Perestroika smoothly turned into a shootout, and the task of the employees of the relevant services was to prevent the collapse of Russia as well. While Moscow was handing out promises in the style of “take sovereignty as much as you can,” the Chekists on the ground tried to keep the pursuit of this very sovereignty within reasonable limits.

Gamayunov succeeded. In the alarming December 1994 (the beginning of the Chechen war), he received the medal “For Distinction in Military Service” I degree. In 1996, he, a messenger from a distant and difficult region, spoke at the regional board of the FSB and the Ministry of Internal Affairs about his experience in fighting organized crime. And this experience was successful. We know about gangster Petersburg, about the criminal Uralmash, about the criminal wars in Primorye – but it was relatively quiet in Altai. Moreover, the population of the Altai Territory grew in the 1990s, which is also an indicator of the prosperous situation in the region.

In 1999, considering the task completed, Vasily Gamayunov wrote a letter of resignation due to seniority (in preferential terms). FSB director Vladimir Putin awarded the Altaian after his dismissal the rank of colonel in the reserve and – a unique case for the region – allowed the officer to keep his service weapon. For the crime pacified by Gamayunov could well raise its head again: there were more than enough reasons for revenge on the Chekist.

Altai is nature (it is not for nothing that the President of Russia likes to relax here), but nature is poachers. It was to fight them, but already as a private person, that the retired colonel sent his forces. He established a detective agency and a security company, where the professional experience of the former security officials, who, moreover, were not bound by the charter, but in compliance with all legislative forms, helped to solve many problems that the official police could not cope with.

And poachers in Altai are serious: illegal flows of biological resources from the region at some point exceeded legal supplies in volume. And if there hadn’t been that struggle, there would have been nowhere for those interested in the richness of nature to come, they would have spoiled the whole region and its environs at the same time.

But fighting all your life is also hard. Therefore, in parallel, Vasily Ivanovich was also engaged in quite peaceful affairs – in particular, immediately after his dismissal from the authorities, he became a member of the board of directors of his almost native Kuchuksulfat, where he was responsible, of course, for relations with the security forces.


He answered, apparently, successfully – otherwise he would not have received the chair of vice president in two years, which he held until 2019. In his post, Gamayunov was primarily engaged in investing in the enterprise – in the nineties, of course, there was no time for modernization, and almost all the equipment was outdated, both physically and morally. The vice president faced the daunting task of constantly proving to shareholders the need to allocate a significant portion of profits to capital investments, and not just divide all the money among themselves. The former Chekist, however, knows how to prove well – for 18 years, on his initiative, 14 billion rubles were allocated for modernization, and now a billion is spent annually for the same purposes.

The pride of the entrepreneur is the new boiler house of the thermal power plant, an exceptionally “clean” workshop with almost complete purification of emissions. Four billion rubles have been invested in this project – construction in the old fashioned way, without special care for the environment, would have cost half as much.

The process of loading sodium sulfate in the “Selitrennoye” quarry


In general, the modern “Kuchuksulfat” is one of the leading enterprises of the Altai Territory, the leader of the local chemical industry. Really high salaries are paid here (the average for the plant is about 54,000 rubles per month, and less than the average for the region is not paid here at all). “I work on Kuchuk” sounds really proud. And for the region, this is status (a world-class supplier), these are taxes, these are jobs … and large-scale social work, which needs to be discussed separately.

The village of Stepnoye Ozero is simply inseparable from the plant: it owes its very existence to production. Two charitable foundations work here – Care helps those in need, Development helps schools and medical institutions. The total budget is 9 million rubles a year, which seems to be not much, but this money brings very tangible help.

For ten years now, a boxing gym has been operating in the village – also with the money of Vasily Gamayunov and other shareholders of the plant.

Since 2017, thanks to the system of public-private partnership, a recreational complex has been operating on the shores of Lake Kuchuksky, also built with the direct participation of Vasily Ivanovich. Chemists spent more than 100 million rubles on it, but tourists are delighted: this season alone, seven thousand people have already rested there, and it is expected that after the restrictions are lifted, the flow will increase significantly.

Recreational complex on the lake Kuchuk


28 million invested in the construction of the Orthodox Church of the Nativity of Christ.


A commemorative sign was recently opened in Barnaul about the contribution to the Great Victory of enterprises evacuated to Altai. The main funding – again, from Kuchuksulfat, 2 million rubles.

That is, it takes on a huge part of the load for which there is always not enough money in the long-suffering local budgets.

It is clear that this work is seen and appreciated in Barnaul: it is impossible to list all the certificates and distinctions that the regional government, local departments of the FSB and the Ministry of Internal Affairs awarded Gamayunov. Of course, he also has federal awards:

Now the Presidential Administration is considering a petition to award the head of Kuchuksulfat with a medal of the Order of Merit for the Fatherland, II degree.

But it’s not about the awards, of course. And in a wonderful example of how a person from a distant Russian tradition managed to be useful in the same place where he was born, how he achieved success without leaving his small homeland.

May there be more such people.