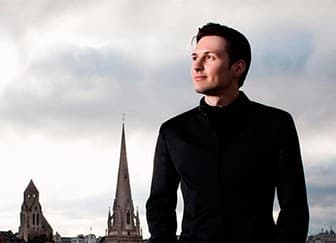 In 2006, Pavel Durov, a then-unknown St Petersburg University graduate, came up with the social network VKontakte, in 2007 he managed to collect 3 million subscribers on its platform and attract large investments in the project. In 2013, he sold his share, gave up his position as CEO, and left with a team of programmers abroad. Now he lives in the EU and Singapore, working on improving the Telegram messenger and other Internet projects. In 2016, he was noted in Forbes as one of the richest entrepreneurs in Russia.

The era of business based on the notorious “entrepreneurial streak” is in the past. In the age of information technology, the era of creative innovators is coming. The story of Pavel Durov is an example of the achievement of true recognition of a computer genius and the triumph of reason and perspective thinking. 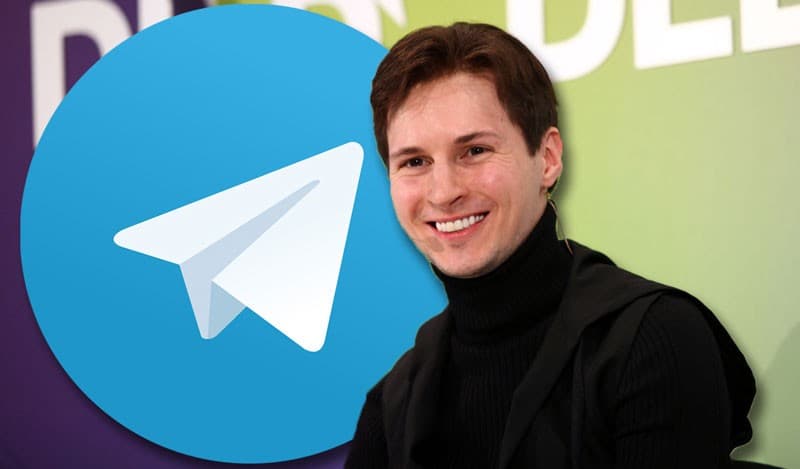 At the presentation of the Telegram messenger

Pavel Valerievich Durov – a representative of a new generation of entrepreneurs, a brilliant programmer, whose fortune at the beginning of 2017 was estimated at 0.6 billion dollars according to Forbes. The history of the creation of a computer genius business shakes the hearts of many young people.

Interesting fact: The age difference between Pavel Durov and his brainchild, the VKontakte social network, is exactly 22 years. Unique for the CIS countries and an ambitious IT project was launched on October 10, 2006 – just on the 22nd birthday of its creator.

In 2016, Pavel Durov entered the Forbes list of the 200 richest people in Russia for the first time, taking 135th place. His name is known to the world, thanks to the VKontakte social network and the Telegram messenger, as well as a bright, mysterious and, moreover, scandalous personality.

In 2014, the ruble billionaire left Russia, arguing that it was impossible to develop an Internet business in this country. Now he continues to work on innovative IT projects in Europe and Singapore.

Pavel Durov has been a vegetarian for many years, denies the possibility of using political violence (libertarianism), and is inspired by the examples of Ernesto Che Guevara and Steve Jobs.

How did this brilliant and extraordinary person manage to turn wild dreams into a real business? How did the computer genius achieve his success? It’s time to reveal the facts of the story of Pavel Durov – “Russian Mark Zuckerberg”.

How geniuses are born – the childhood and youth of Pavel Durov

Pavel was born and raised in the family of a Doctor of Philology. From an early age, he showed a craving for new knowledge, demonstrated extraordinary thinking and a rebellious spirit.

The desire to win in the competitive struggle appeared in him as early as childhood, when in terms of success and achievements he did not want to lag behind his older brother, the erudite Nikolai Durov. The creator of VKontakte in childhood

Since Pavel’s father worked in Turin for 5 years, the boy began his schooling in Italy. When the family returned to St. Petersburg, he was sent to the Academic Gymnasium. The reason for this is the in-depth study of all subjects and the teaching of four foreign languages.

Interesting fact: Durov was one of the best students, but this did not stop him from hacking into the computer network of the gymnasium and posting a photo of the hated computer science teacher with the provocative inscription “Must die” on computer screen savers.

It is noteworthy that in the biography of Pavel Durov there is no information about his education in the IT field. The gymnasium was followed by:

He studied computer science and programming only as an ordinary subject of the school curriculum.

In his student years, the excellent student Durov demonstrated not only a high level of intelligence – he actively participated in the life of the university; showed leadership qualities. During his studies, he was awarded three times a scholarship from the V. Potanin Foundation, a scholarship from the President and the Government of the Russian Federation. 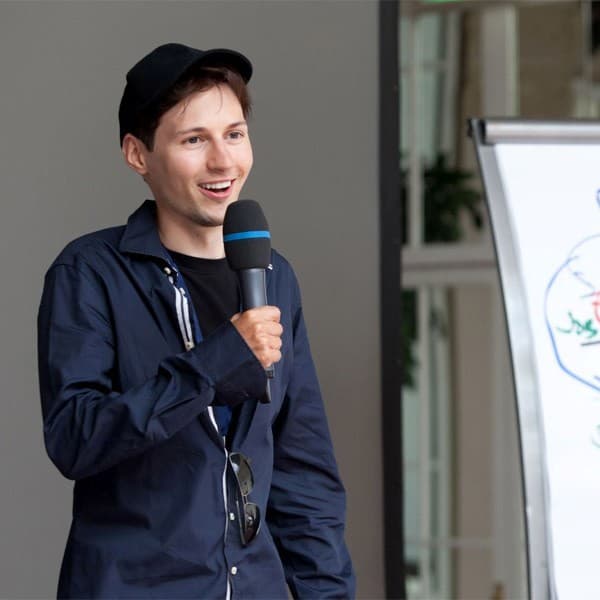 The history of the formation of VKontakte – how was it?

Durov worked tirelessly on the student forum at St Petersburg University. He served the technical part, created topics for discussion, discussed with himself from different accounts. However, students registered online under false names, which prevented effective communication.

In 2005, a friend of Durov who returned from the United States introduced him to the social network Facebook, where users posted their real names, surnames and photos. So the desired concept of the site for Russia was found. 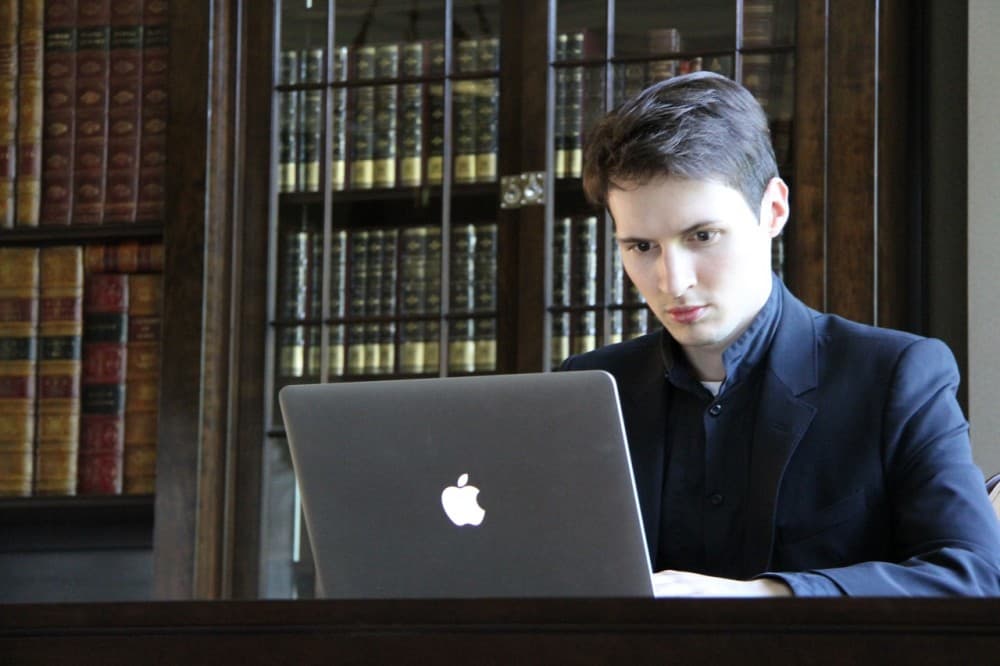 Looking for a solution

In general, Pavel did not like Facebook. But this did not prevent him from adopting individual elements of the project.

Durov himself noted: “Steve Jobs studied and copied“ Sony … If the society of Japan or America of the 80s treated borrowing the way we do today, nothing could simply grow there ”

Initially, it was planned to call the social network “Student.ru”, but Durov understood that his audience would be represented not only by students, but also by university graduates. As a result, the name “VKontakte” came by itself – Pavel Durov did not even consider any other options. Eventually:

From ordinary programmers to billionaires – the success of Pavel Durov

Many programmers and entrepreneurs dream of repeating Durov’s success. In his unique breakthrough into the world of business, extraordinary talent, determination, obsession with an idea, perseverance, deep knowledge, and understanding of the needs of the audience have merged. The history of the creation of his business can be represented as a sequence of stages.

At the beginning of the journey, Durov was faced with a banal question: where to get start-up capital? He didn’t have the money he needed. The funds were found by his partner, Vyacheslav Miriashvili (they say that he borrowed money from one of his father’s companies). It was decided to register the company as an LLC.

Interesting fact: Initially, Durov’s share in the authorized capital was 20% (while he still made the main decisions). Mirilashvili owned 60% of the company and another 10% was bought by his father. 10% was transferred to another founder – Durov’s partner – Leviev.
A source: Forbes.ru

Not to sell the business – but to attract investors

Already a year after the founding, 3 million users were subscribers of the VKontakte social network. In terms of page traffic, she bypassed Odnoklassniki and the Chinese portal Xiaonei. In December it became known that this is the second number of visitors (the first – Yandex.ru) site in Russia. Active promotion of the network in the CIS countries began. 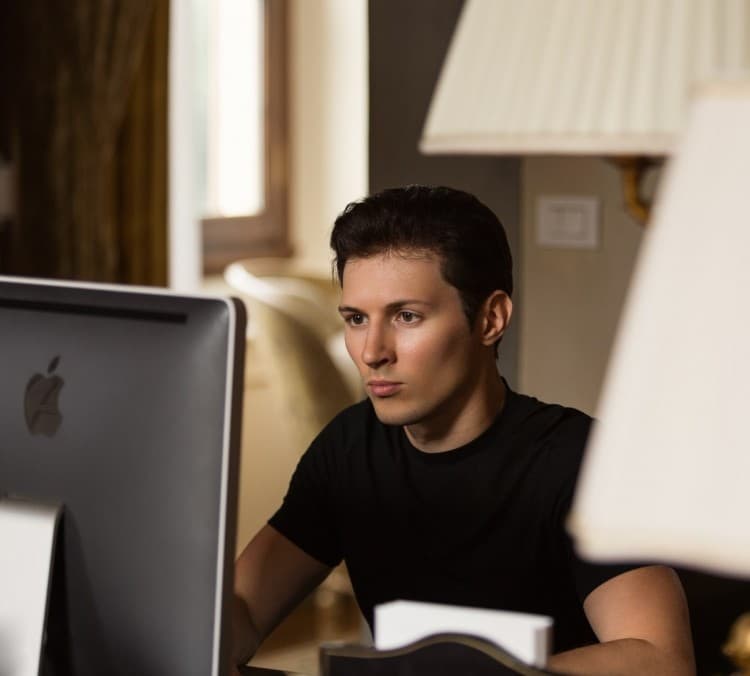 Such successes could not fail to interest the business community. Durov received many offers to buy VKontakte. And it was about tens of millions of rubles. However, its founder did not plan to deliver his offspring so soon. In the same year, a deal was made to sell 24.99% of the company to the Digital Sky Technologies (DST) fund. The investor’s funds poured into the network, but the founders retained control over it.

Reference: DST Fund (Digital Sky Technologies) is an investment fund founded in 2005 by Yuri Milner, Grigory Finger, Alisher Usmanov to invest in Internet projects. In 2010 it was renamed to Mail.ru Group.
A source: Forbes.ru

It is known that in 2008 Pavel met with Facebook founder Mark Zuckerberg. The architects of two powerful social networks, competitors and simply brilliant people talked for about 4 hours.

Following the meeting, the founder of VKontakte decided to start updating the network:

Network control at any cost

In 2009, Durov had only 5% of the shares of VKontakte. The owners of Mail.ru Group seriously planned to gain full control over the social network. And when the rest of the shareholders expressed their consent, the founder of the project answered with a categorical refusal. 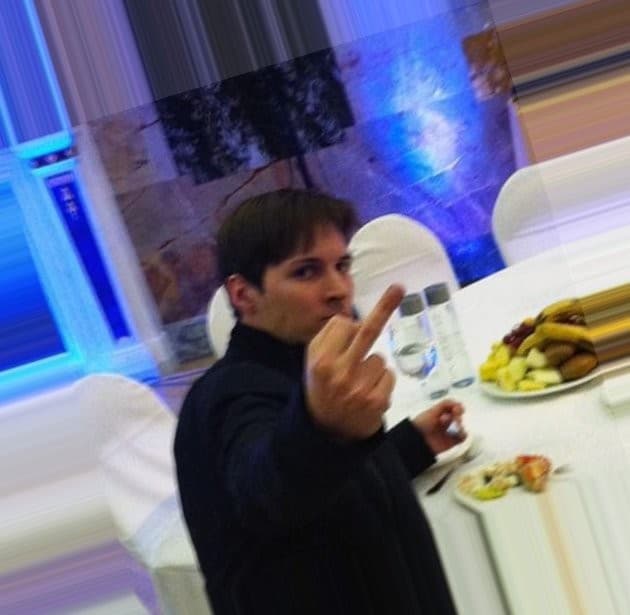 “The official response to the Mail.ru trash holding on its attempts to take over VKontakte”

Interesting fact: Durov sent his refusal to the founding fathers of Mail.ru Group, who planned to take over LLC, in a very specific form. He took a photo of himself with a very obscene gesture and posted the photo on Twitter.

An extraordinary refusal had a result – in 2012, the founder of the network was given 12% of the shares and the right to vote with a block of shares owned by the Mail.ru Group (39.99%).

In the wake of controversy

From 2011 to 2013, Pavel dealt exclusively with improving the social network. As a result, she acquired a lot of new useful features. Users could now not only communicate, but also earn on VKontakte. 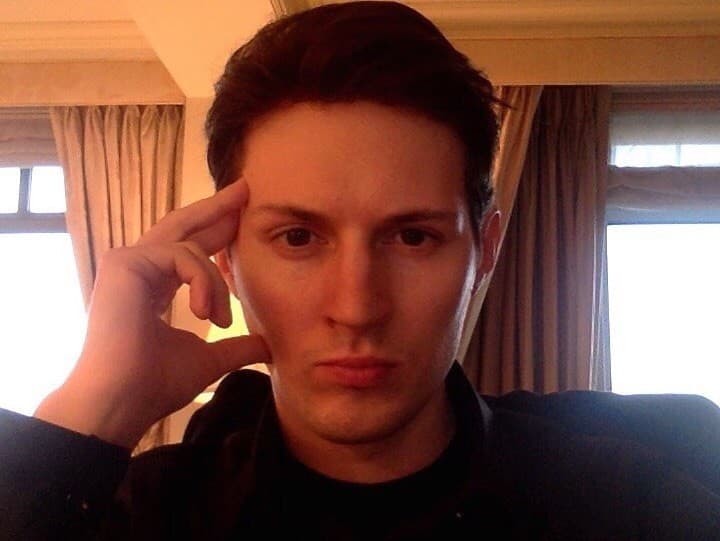 “You should only listen to your intuition”

However, in 2013, the founder of the social network had a conflict with the authorities: with his characteristic rejection of restrictions, he refused to close a number of groups that were regarded by the prosecutor’s office as extremist, as well as to transfer personal information about the moderators of the Euromaidan communities.

“There is no turning back for me…”

In 2013, Pavel Durov sells his share (12%) in the authorized capital of VKontakte to Ivan Tavrin (CEO of MegaFon), and in April 2014 he submits a letter of resignation from the post of CEO. 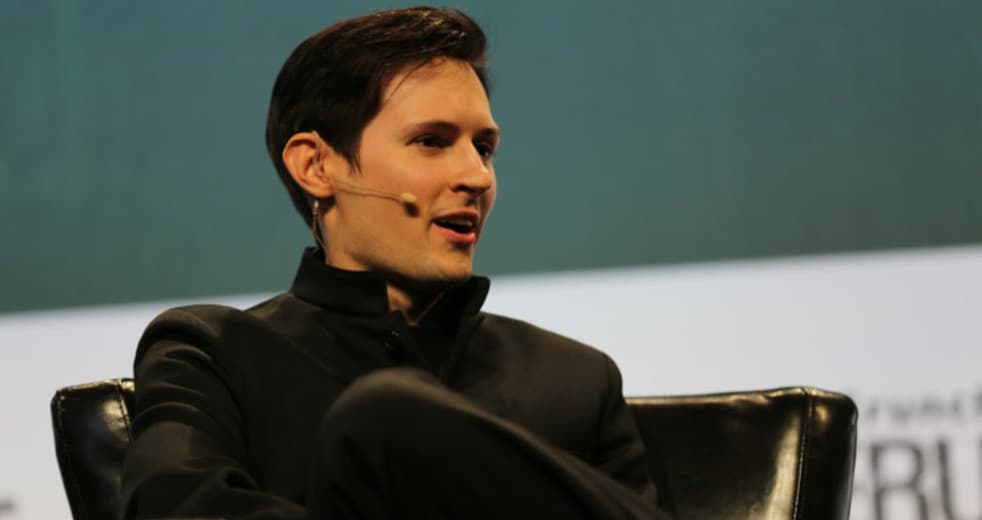 “What you own, owns you”

In the same year, the programmer emigrates abroad, explaining that “in this country there is no opportunity to conduct an Internet business.”

Citizen of the world

In recent years, Pavel Durov has been constantly moving around the world with a team of programmers. They are working on the Telegram messenger for smartphones and other Internet projects. Most often, a talented team works in the EU and Singapore. 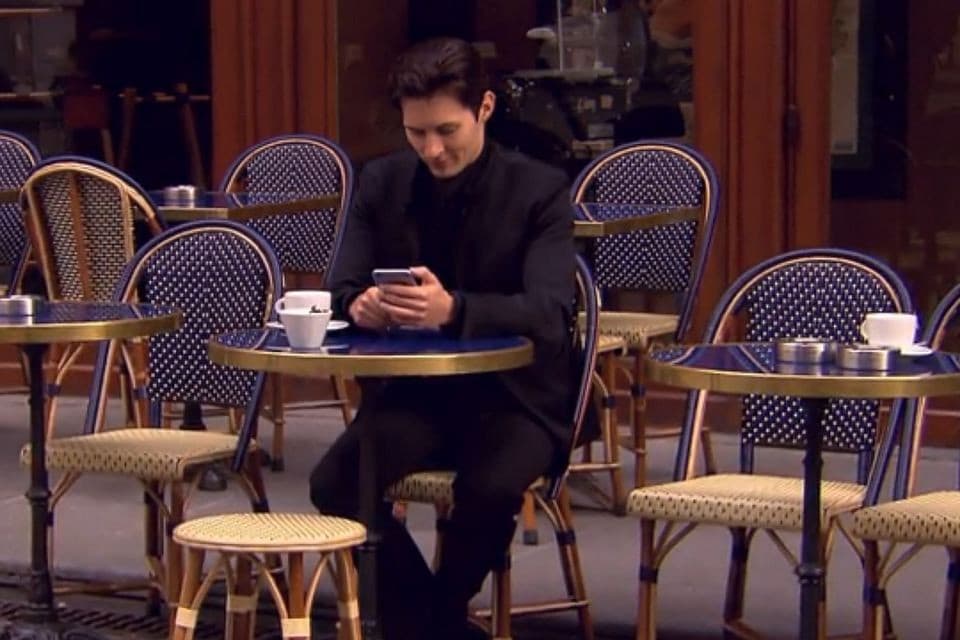 “Citizen of the world”

The entrepreneur notes that he is happy to consider himself a “citizen of the world”, and not a separate country.

Reference: In 2014, the founder of VKontakte invested $ 250,000 in the industry of the island state of Saint Kitts and Nevis and became its citizen with the sole purpose of obtaining the right to visa-free entry to the territory of 231 countries of the world.
A source: Lenta.ru

Pavel Durov had to part with his offspring VKontakte, but in 2016 he entered the list of the richest Russian businessmen according to Forbes.

Many consider the reason for the success of Pavel Durov the ability to see a social network through the eyes of its potential users – a student, a housewife, a schoolchild, a resident of the outback with a slow Internet. He prioritized the interests of users, and not the banal desire for profit.

“People are not idiots. They feel – sometimes subconsciously – the quality of what you betray.” Pavel Durov