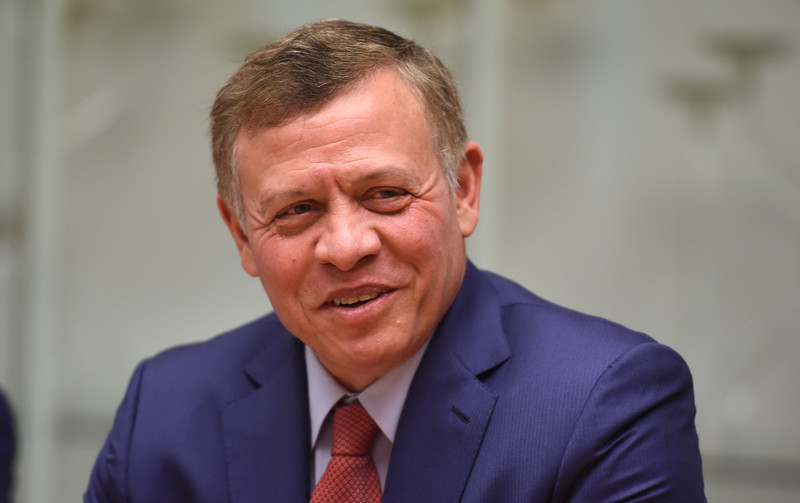 Place of Birth and Education

Abdullah II was born on January 30, 1962 in Amman, Jordan. He is the eldest son of King Hussein I Bin (Ibn) Talal and his second wife, Queen Muna (Muna Al Hussein; nee Antoinette Avril Gardiner), the daughter of a British officer. When Abdullah II was three years old, his father decided that he would transfer power to his brother, and not his son, so Abdullah II was not intended to succeed to the throne. His parents divorced in 1971.

Abdullah II received his primary education at the Islamic Educational College in Amman, and later studied at St. Edmund’s School in Surrey, England. Then he continued his education in the United States – he studied at the Eaglebrook School and Deerfield Academy. In 1980, Abdullah II began his studies at the Royal Military Academy in Sandhurst in the UK, and then served in the 13 / 18th Royal Hussars Regiment of the British Army (13 / 18th Royal Hussars Regiment).

In 1982-1983, Abdullah II studied at Oxford, at Pembroke College, where he took a course on the study of the Middle East. Back in Jordan, he joined the elite 40th Armored Brigade of the Jordanian Armed Forces, was a platoon leader and deputy battalion commander.

Back in Jordan, he joined the elite 40th Armored Brigade of the Jordanian Armed Forces, was a platoon leader and deputy battalion commander. In 1985, the prince began serving in the 3rd Division of the Armored Corps (3rd Division). In the same year, Abdullah II underwent a course for officers of the armored forces in the American Fort Knox, Kentucky. In 1986, the prince was promoted to captain, later he was awarded the rank of lieutenant-colonel. In 1987, Abdullah II studied in the United States at the School of Foreign Service, Georgetown University, where he defended his master’s thesis in international diplomacy without interrupting military service.

In January 1993, Abdullah II became Deputy Commander of the Jordanian Special Forces, and in November of the same year was appointed their Commander. In 1996, the prince was engaged in the reorganization of special forces and other elite units, uniting them with the help of a single Kingdom of Jordan Special Operations Command (SOCOM) created by him, which he himself led.

In 1998, Abdullah II was promoted to major general. In addition to military service, the prince, in the absence of his father, acted as head of state, and also often went on various diplomatic trips.

Accession to the throne

In January 1999, King Hussein suddenly declared Abdullah II his heir. According to some reports, this decision was made by him because of the conflict with his brother, in addition, the media mentioned that the king gave preference to Abdullah because “the army wanted it.” The head of state passed away two weeks later. On the same day, Prince Abdullah was proclaimed the new king. The coronation of King Abdullah II took place in June of the same year. Along with the title of King, Abdullah II inherited the post of Supreme Commander of the Jordanian forces; he was awarded the rank of Field Marshal of the Jordanian Armed Forces. In addition, Abdullah II became Marshal of the Royal Jordanian Air Force.

Married to Queen Rania, of Palestinian origin. They have four children (two sons and two daughters).

Abdullah II is a skilled diver, parachutist and pilot. He is fond of rallying, collects weapons, is a great connoisseur of Japanese cuisine. In 1995, he starred in a cameo role in the TV series Star Trek: Voyager, of which he is a fan. He is on friendly terms with former US President George W. Bush.