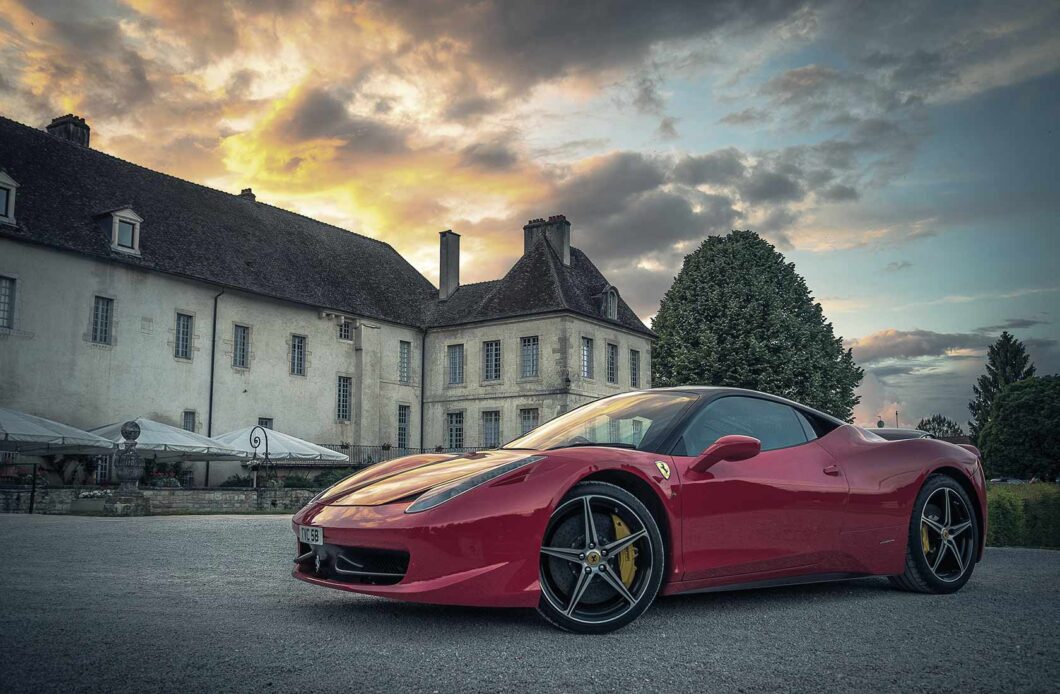 The question is: who is the richest person in human history? Bill Gates? Warren Buffett? No, they weren’t even close, although they are very, very rich people. But the richest person in history is John D. Rockefeller, measured as a percentage of US GDP. Last year, Forbes compiled its next list of billionaires, which included 946 people from around the world. Their combined fortune is measured in 3.5 trillion dollars. This is more than the gross domestic product of Germany – the third economy in the world. Today we will tell you about the 10 richest people in the history of mankind.

When John Rockefeller was young, he said that he had two dreams – to earn 100 thousand dollars and live to be 100 years old. He died 2 months before his 98th birthday. But Rockefeller coped with the first task with a bang. John Rockefeller was born into a poor family. His father, William Avery Rockefeller, known by his nickname “Big Bill,” was a helpless man who spent most of his time contemplating how to avoid hard work. His mother Eliza, a representative of the Baptist Church, from childhood instilled in her son faith in God and the desire to work hard. Rockefeller started out as a simple accountant, then he was the owner of his small wholesale business, and went to the founder of the largest oil company in the world – Standard Oil. His company went down in history as the largest monopoly in US history. Standard Oil owned 90% of the refined oil (kerosene) market in America. In 1911, thanks to the Sherman antitrust law, Standard Oil was divided into 34 independent companies, a controlling stake in each of which went to Rockefeller. The division of Standard Oil doubled John D. Rockefeller’s personal wealth. Since his first job, Rockefeller has always donated 10% of his income to the church. In addition, he was actively involved in charitable activities, and remained in history as one of the largest philanthropists. The John Rockefeller Charitable Foundation still does good deeds.

Andrew Carnegie emigrated to Pittsburgh (USA) from Scotland when he was just a child. At the age of 13, he started working in a textile factory. Andrew worked 12 hours 6 days a week, earning only $ 2 for 6 days. By the age of 16, Carnegie got a job as a telegraph operator. Andrew later became personal assistant to Thomas Scott, superintendent of the Pennsylvania Railroad Company. There he learned a lot about the railway business. Scott turned out to be a good mentor and Carnegie was a great student. When Andrew turned 20, he mortgaged his mother’s house and made his first investment. Carnegie invested $ 500 in Adam Express – 19th century FedEx. After some time, he invested in a number of other companies, most of which were associated with the railway business. By the time he was 30, his stock portfolio had expanded. Now there were also oil companies. In addition, he actively invested in shipping companies. But the real money came to Andrew from steelmaking. In the 1880s, he built the largest steel company dealing with railroad tracks and some other areas of lesser importance to Carnegie. In 1901, at the age of 66, Carnegie retired, selling his stake to John Pierpont Morgan for $ 225 million. However, Andrew Carnegie was known to society not only as a big businessman, but also as one of the main philanthropists of the time. In 1989, he wrote the famous essay “The Gospel of Wealth”, in which he argued that wealth must be distributed in order to improve the well-being of others, thereby enriching the entire society. Andrew Carnegie was true to his words and spent about 90% of his fortune on charity.

Nicholas II (Nikolai Alexandrovich Romanov) – the last Russian tsar. He ruled the Empire from 1894 to the revolution of 1917. His reign was remembered by the world, first of all, for the growth of anti-Semitic sentiments in Russia, defeat in the Russian-Japanese war, revolution, as well as the illness of his son, whom only the mysterious Rasputin could treat. The life of the last Russian tsar is surrounded by many secrets, legends, myths and omissions. At the same time, it is interesting that there is no special merit of Nikolai himself that he took third place in the ranking of the richest people in history. He inherited all his fortune.

William Henry Vanderbilt is the lucky one. He, like Donald Trump, did not start his business from scratch. He inherited $ 100 million from his father, Cornelius “Commander” Vanderbilt. From childhood, Cornelius prepared his son for the fact that he would have to inherit his father’s business. At the same time, Cornelius was a rather strict father, sometimes he even called his son “no matter what a fit moron.” Of course, William was not and was able to expand his father’s empire. In the end, an understanding developed between father and son, and Cornelius became proud of what William had achieved. In 1885, when William died, he was the richest man in the world.

Azaf Jah VII was the last ruler of the Kingdom of Hyderabad and Berar before it was captured by India. According to most of his contemporaries, His Majesty was a benevolent ruler who was seriously involved in promoting education to the masses, science and construction. He made primary education compulsory for all citizens. In addition, according to his decree, it was free for poor people. When Azaf Jah was 37 years old, he brought railroad and electricity to his principality. Azaf was a real proponent of progress. In 1937, Azaf Jah appeared on the cover of Time Magazine as the richest man in the world.

Andrew Mellon is the son of the famous Pittsburgh banker Thomas Mellon (who founded the Mellon Bank). At the age of 17, Andrew had already started working, opening his first woodworking business. Within 10 years, he became the head of his father’s bank. In addition, he was a shareholder in oil, steel and shipbuilding companies. In 1921, US President Warren Harding appointed Mellon as Treasury Secretary. Andrew held this position under three US presidents. In addition, during this time he was able to reduce the tax rate, cut federal spending, thereby increasing federal income.

Perhaps, almost the most famous member of the list. And in all honesty, we can say that the most famous. Everyone knows Henry because it was he who laid the foundation for the automotive industry. His parents were farmers, but young Ford quickly realized that he had no desire to spend his entire life working in the fields. He was drawn to engineering since childhood. In 1879 he left home and went to the factory as a mechanic. He was only 16 years old. At the age of 28, Henry Ford got a job at Thomas Edison’s company, where he conducted his first experiments with the engine. When Henry was 36 years old, he opened his first automobile company, which was called the Detroit Automobile Company. Two years after its foundation, it went bankrupt. Then, together with his partner Leland Ford, he opens the Henry Ford Company. Soon the partners quarreled, and Ford left the business. Leland without thinking twice renamed the company Cadillac. Henry Ford’s third company was a success. In many ways, he was helped by the investments of the Dodge brothers. Well, and then you yourself know everything. Henry Ford went down in the history of the automotive industry as the person who introduced the conveyor into mass production. Well, Ford T cars have become legendary, giving impetus to the entire industry.

Marcus Licinius Crassus (c. 115-53 BC) was a Roman general and politician who suppressed a slave uprising led by Spartacus. He is the earliest historical figure on this list. Crassus made his fortune largely due to the fact that he bought the houses of the “enemies of Rome” (something like “enemies of the people” in the USSR) on the cheap, developed the slave trade, and the mining industry for the extraction of silver. He was not a businessman, in our usual sense, and he tried wherever possible to use his strength. Fortunately, he had power and influence. However, there was a place for business here as well. At that time, real conflagrations often broke out in Rome. In this case, Crassus had a detachment of highly qualified builders. During such disasters, Marcus bought up burning houses, and those adjacent to them. Naturally, cheap. As soon as the deal was completed, the builders demolished the burning house so that it would not cause severe damage to the more or less whole. Thus, Marcus Liciniuss Crassus bought real estate in Rome.

Basil II was a Byzantine emperor from the dynasty of Alexander the Great. He ruled from 976 to 1025. During the reign of Basil, Byzantium annexed Bulgaria, and managed to expand its territory like never before. It seemed that the golden years were coming for the Byzantine Empire. But, alas, Basil did not leave behind heirs. And after his death, the empire collapsed in just half a century.

We have already talked about the son of Cornelius. And here is the father. Cornelius dropped out of school at the age of 11. Later he will remember: “If I was getting an education, then I would not have time to learn everything else.” The essence of this phrase, I think, is clear. Vanderbilt began his career as a ferryman in New York. At 16, he borrowed money from his mother to take care of the transportation personally. Soon the business went uphill, and Vanderbilt received the nickname Commander, which stuck with him for life. Cornelius Vanderbil was remembered as a rather tough businessman who was ruthless to competitors. It was one of his character traits that led the elder Vanderbilt to success. Well, and then you already know that his son only increased the family fortune.

Afterword: It is worth noting that the article is not about absolute amounts. The entire state is measured in relation to the GDP of the country where these people lived. (Source: Neatorama.com)