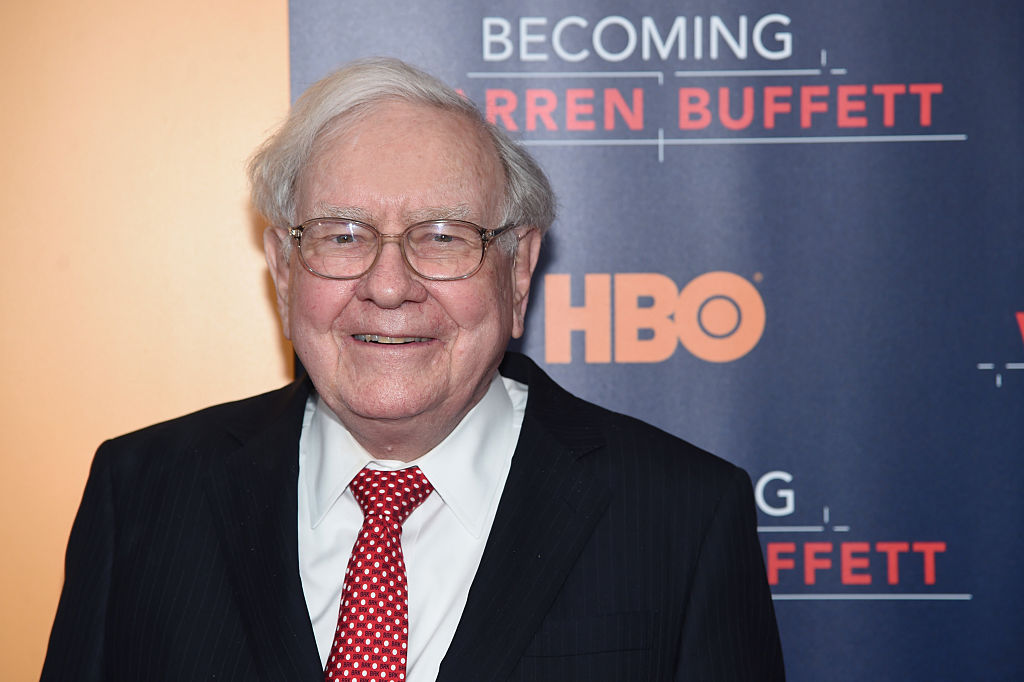 Known by the nicknames “The Seer”, “The Wizard of Omaha”, “The Oracle of Omaha”. The largest philanthropist in the history of mankind.

Place of Birth. Education. Warren Buffett was born on August 30, 1930 in Omaha, Nebraska, USA. He was the second of three children in the family and the only son of politician and entrepreneur Howard Buffett and his wife Leila Stahl. Buffett’s first school becomes Rose Hill Elementary School in Omaha. In 1942, after his father’s victory in the US Congress and after the family moved to Washington, Buffett graduated from Alice Deal Junior High School and graduated from Woodrow Wilson High School in 1947.

First business ventures. Buffett developed an interest in business and investing at a young age. His first business ventures: Buffett sold chewing gum, Coca-Cola bottles and weekly door-to-door magazines. He worked in his grandfather’s grocery store. While still in high school, he made money supplying newspapers, selling golf balls and stamps. At the age of 13, Warren filed his first income tax return, in which he deducted the cost of a bicycle and a wristwatch, as the cost of acquiring them was related to his work as a newspaper peddler.

At the age of 11, Warren tried his hand at the stock exchange for the first time. Together with his sister Doris, he bought three Cities Service preferred shares at $ 38.25 apiece. First, their price dropped to $ 27, then went up to $ 40, and Buffett sold them for a profit of $ 5 dollars (minus commission). Curiously, a few days later the share price climbed to $ 202 dollars. If Buffett had waited, he could have made a profit of about $ 500. This first experience taught Buffett that the investor must be patient and not panic if prices fall; do not sell for short-term gain; be sure of success if you invest other people’s money (after the price fell, he felt guilty, as he risked his sister’s money).

In 1945, as a high school student, Buffett and a friend spent $ 25 buying a used pinball machine, which they housed at a local barber shop. For several months, they owned several machines at three different barbershops in Omaha. The business was sold at the end of the year for $ 1,200 to a war veteran.

In 1947, Buffett entered the Wharton School at Pennsylvania State University. He would rather focus on his business projects; however, he did so because of pressure from his father. Warren studied there for two years and joined the Alpha Sigma Phi fraternity. He then transferred to the University of Nebraska-Lincoln, graduating at age 19 with a BA in Business Administration.

After that, Buffett enrolled at Columbia Business School at Columbia University after learning that investor Benjamin Graham was teaching there. He received his Master of Science in Economics. According to Buffett, it was Graham who laid the foundations for smart investing through fundamental analysis, and describes him as the person who made the most impact on his life after his father. Warren Buffett adheres to a long-term investment strategy – the average share holding period is 10 years.

Investment career. In 1965, Buffett bought a controlling stake in the textile company Berkshire Hathaway, which became his main investment company for all subsequent years, he is the largest shareholder and CEO of the company. The shares of his company Berkshire Hazavey are the most expensive, $ 249.4 thousand per share.

In 1976, Buffett bought National Indemnity Co, then GEICO, paying $ 8.6 million and $ 17 million for the purchase. During the 1973 stock market crisis, he acquired shares of the Washington Post for $ 11 million.

On December 14, 2004, Bill Gates joined the Berkshire Hathaway board as an independent director, thus formalizing his friendship with Buffett.

In 2009, he bought the Burlington Northern Santa Fe railway for $ 26 billion.

On July 16, 2015, Warren Buffett and Italian billionaire Alessandro Proto bought the 1.2 km² Greek island of St. Thomas for € 15 million in the Saronic Gulf, near the island of Aegina. The billionaires are planning to invest in real estate development on the island.

On February 23, 2019, he published another letter to shareholders, in which for the first time he announced a change in the approach to assessing the financial results of Berkshire Hathaway. For more than 50 years, the main criterion has been the percentage change in book value per share, but now operating income is the benchmark.

Charity. In June 2010, Buffett announced the donation of more than 50% of his fortune, or about $ 37 billion, to five charitable foundations. Most of the funds went to the fund managed by Bill & Melinda Gates. This act became the most generous act of charity in the history of mankind. In June 2006, he pledged to give the Bill & Melinda Gates Foundation 10 million Class B shares of Berkshire Hathaways. The Fund, starting from 2006, will receive 5% of the contribution annually in July.

Lifestyle. Warren Buffett leads a modest lifestyle, avoiding luxury goods. For example, he eats at a fast food network that he likes so much that he bought it. Buffett lives in an old district in the center of Omaha in a two-story house with five bedrooms, which he bought back in 1957 for $ 31.5 thousand (now it costs about $ 700 thousand). He drives his own car (an old Honda, which he bought for $ 700 on the secondary market), saving on the driver’s salary. And the businessman himself does not look like a million dollars. His shoes and suits are bought either from sales or from inexpensive middle-class stores. The only thing Buffett has in common with today’s rich is his love of golf and a real passion for expensive sports jets.

Buffett has a specific sense of humor, he always willingly makes fun of himself. Among his most famous jokes: “I actually wear expensive suits, they just look cheap on me.”

His earnings in the company outside of investment income are $ 100,000 per year and are negligible compared to other CEOs of large US enterprises. In 2007, Warren Buffett was named one of the 100 most influential people in the world by Forbes.

Politics. Warren Buffett is also actively involved in political affairs, endorsed the candidacy of Democrat Hillary Clinton in the 2016 US presidential election; he publicly opposed the policies, actions and statements of the current US President Donald Trump.

Health. In April 2012, Buffett was diagnosed with stage II prostate cancer. On September 15, 2012, Buffett announced that he had successfully completed a full 100-day course of radiation therapy and is now completely healthy.

Family. Buffett married Susan Buffett (née Thompson) in 1952. They have three children, Susie, Howard and Peter. The couple began living separately in 1977, although they remained married until Susan Buffett’s death in July 2004. Their daughter, Susie, lives in Omaha and is a member of the National Council for Girls, Inc. and conducts charitable work through the Susan A. Buffett Foundation.

In 2006, on his 76th birthday, Buffett married his longtime companion Astrid Menx, then 60, who had lived with him since his wife left for San Francisco in 1977.