The fact that Rockefeller Sr. and Andrew Carnegie will be included in the list of the richest people on the planet will not surprise anyone, but that the Russian Tsar Nicholas I, the Roman ruler Caesar, and one of the rulers of Mali will be in the top, for many readers will be surprise.

The well-known publishing house Forbes is “not lazy” to regularly acquaint us with the powers that be. However, the owners of colossal fortunes lived before these people. BBC News in one of its materials tried to identify the richest people in the history of mankind. Let’s see if you know the leader of this top.

The last Russian emperor owned a fortune more impressive in total than that of any modern reigning person. Historians give different estimates, citing the family inheritance of the reigning family for three hundred years on the throne as the source of the fortune. 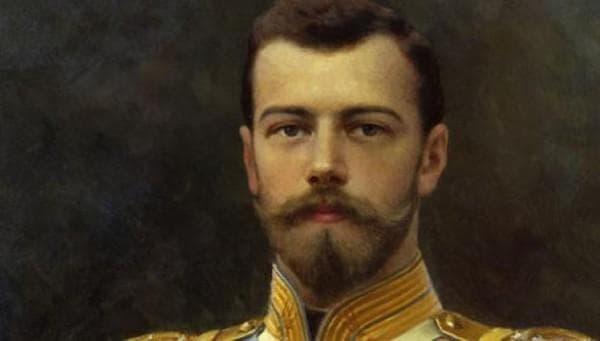 The memoirs of Alexander Mikhailovich Romanov helped in compiling the details: “The personal income of the Emperor was made up of … annual appropriations for the maintenance of … income from specific lands … interest from the capital stored in English and German banks.” Also, family jewels belonged to the state of the Sovereign.

At the beginning of the year, the Emperor received from the treasury an amount equal to 12 billion modern rubles of the Russian Federation. However, despite the huge amount for a private person, it did not cover the huge expenses of the monarch. First of all, they were associated with the requirements of the life of the royal family. The king had to take care of the maintenance of his palaces, museums and parks. And also money from this amount went to the annual rent to the Grand Dukes and dowry to the Princesses. And this, not to mention the fact that each of the children born among close relatives automatically became a “millionaire” (in terms of modern money, the amount approached 600 million rubles).

The lion’s share of the state of Nicholas II went to charity. This was especially noticeable during the First World War, when huge funds went to the maintenance of hospitals.

The life path of the now canonized last Russian monarch ended with a joint execution with his family in the basement of the Ipatiev House in Yekaterinburg. According to some versions, part of his money is still in secret accounts of German and French banks.

To this topic: the richest entrepreneurs of Russia in the 19th century.

The name of this man has already become a household name for a wealthy state. Interestingly, the hero himself began his journey to big money as early as … 7 years old, when he saved the money he earned. At the age of 13, he gave interest to farmers, and by the age of 20 he had already opened his own company. 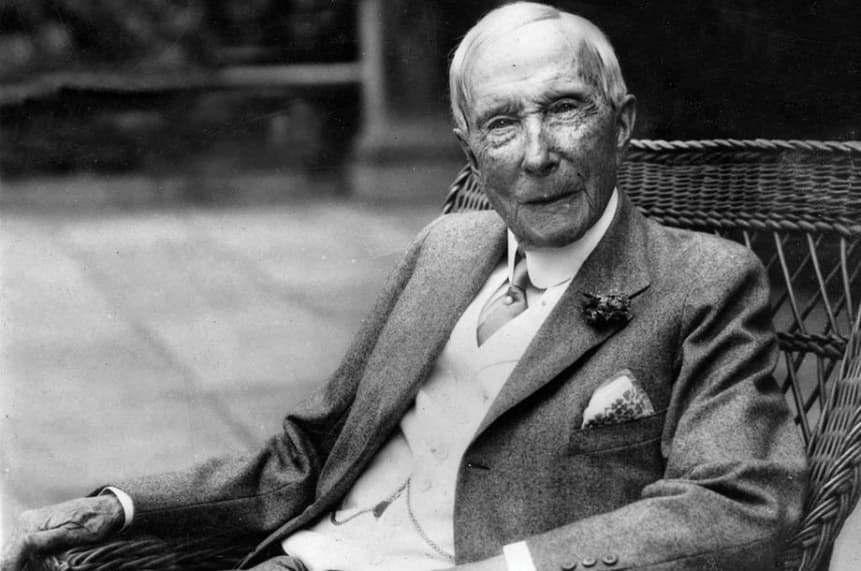 Rockefeller became a real oil king already by 1880, controlling 90% of oil production in the United States. Also during his life he became the owner of 16 railway companies and 6 steel mills. Another 9 organizations were engaged in real estate trade. And this is without taking into account the shipping companies, banks and orange plantations.

Despite his fabulous wealth, John Davison donated a lot to charitable causes. He is known to have often sponsored medical research.

To this topic: battle of billionaires: Rothschilds vs. Rockefellers – who is cooler?

This richest man in world history has gone from handyman to dollar billionaire. In this he was helped by competent knowledge of the laws of investment. Of course, at that time there were no special textbooks, but business flair, along with perseverance and confidence, played a role. And another quality was the ability to take responsibility for their mistakes.

The future billionaire began his career at the age of 13, when he got a job at a textile factory. And at the age of 20, having mortgaged his mother’s house, he began investing in an analogue of FedEx – Adam Express. Then there were contributions to companies associated with the railway and steamship business. However, the really big money came to Carnegie after the construction of the steel plant.

Andrew Carnegie donated up to 90% of his fortune to charitable causes. By this act, he confirmed his own essay with philanthropic ideas.

Cunning, bright, inimitable – all these words perfectly characterize the commander, politician, orator and diplomat. His military campaigns always ended in triumph, and the Roman people made up legends about the courage of their citizen. Despite the fact that Gaius Julius was in power for only a year, and his name became the imperial title.

Numerous historical facts point to the fabulous financial condition of Caesar. Among them is a gift from Cleopatra’s father, Ptolemy XII, which amounted to at least 7 million sesterces. And 400 million sesterces, with which the commander drove to Rome after the end of the Civil War. Interestingly, a third of this amount belonged to him personally.

It is also known that Caesar built the forum with his own money, which means that he spent at least 100 million sesterces. Finally, after the death of the dictator, his widow handed over more than 300 million in Roman currency to his heirs, Mark Antony and Octavian.

And that’s not all. As executor of Caesar’s will, Octavian Augustus gave the city the beautiful Tiber gardens of the murdered ruler. Also, each citizen of Rome received payments of 300 sesterces.

For understanding, the amount of 1,000 sesterces was enough at that time to provide for the annual provision of a family of four. 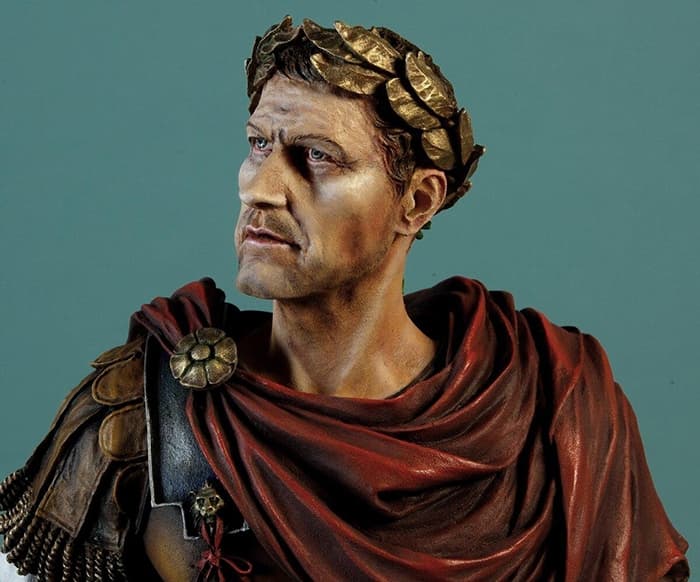 This man was the supreme ruler of the Mali Empire in the 12th century. Many of our contemporaries do not even know about this state south of the Sahara, but it was highly developed and civilized even before the arrival of Europeans.

One of its bright leaders – Musa – not only became king at the age of 32, having made a fortune on the resale of livestock, skins and salt. He also created one of the largest gold mining enterprises of that time.

And not only of that time, experts talk about the entire history of such an industry.

There is evidence that Musa did not regret surrounding himself with luxury items. He ruled from a throne upholstered in ivory, while servants circled over him with silk fans. 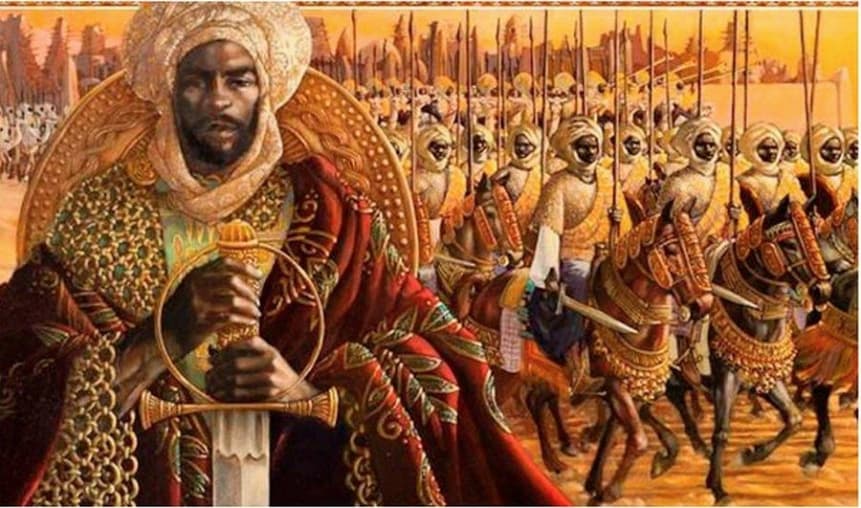 In history, the ruler was remembered for his “chic” pilgrimage to Mecca, where he was accompanied by several tens of thousands of servants, hundreds of slaves and dozens of caravans loaded with jewels. Even crossing the Sahara, the ruler had freshly cooked fish and vegetables on his table every day.

Along the way, he generously distributed alms – at least 12.5 tons of gold, which allegedly provoked a collapse in the precious metals market in Europe. As if Europe had not enough of the internecine wars that shook it then, Turkish attacks and the raging deadly black plague.

One more fact: Musa ordered the construction of a mosque in every city where he stayed.

Money.com also confirms in 2015 that the African king Mansa Musa was so “wealthy that hardly anyone could describe it.”

Unfortunately, after the death of Mansa, his descendants almost immediately ruined the treasury. And the heir-son completely turned the country from Islam back to paganism.

Instead of a conclusion

Of course, history is fraught with many secrets and mysteries, and this list is far from complete. According to historians, for example, both Emperor Zhao Xu of the Chinese Song Dynasty and Akbar I the Great, the king of the Mughal Empire, could have had incalculable wealth. One thing is clear: scientists can still expect unexpected “acquaintances” with the richest people from the past, capable of overshadowing the modern “vanity fair”.