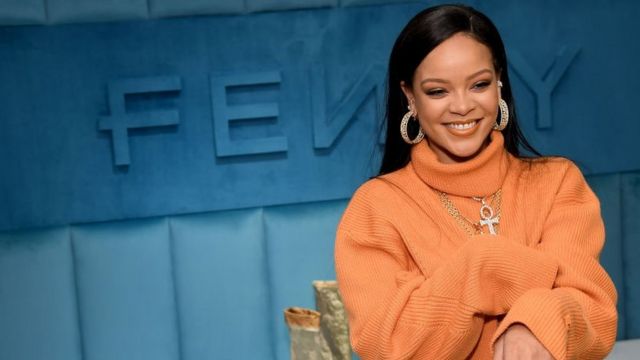 Barbados-born singer Rihanna, who rose to fame after moving to the US, has become the richest female musician in the world: according to Forbes magazineShe is worth $1.7 billion. However, most of her income was not brought to her by the music business, which, however, helped her gain worldwide popularity.

According to Forbes experts, the main part of the wealth of 33-year-old Rihanna is the capitalization of the cosmetics company Fenty Beauty – her 50% stake in this business is estimated at $ 1.4 billion. Another 30% stake in Savage x Fenty, another related lingerie firm, is worth about $270 million. And only the remaining amount comes from income from a musical and acting career.

Richer than Rihanna in the world of show business – only one woman is the American TV presenter Oprah Winfrey, whose fortune Forbes estimates at $ 2.7 billion.

When creating the company, she became a partner of the transnational corporation LVMH. Among other things, LVMH owns popular luxury brands such as Christian Dior and Louis Vuitton designer clothes, Moët & Chandon champagne, Hennessy cognac and others.

Rihanna said that the new firm will try to create products for all types of women and began offering 40 different shades for makeup base. At the time, this approach was unprecedented. As a result, in the first year, this line brought in more than $550 million in revenue, and competing companies began to expand the range of shades for their cosmetics.

“Many women couldn’t buy makeup that matched their skin tone,” Shannon Coyne of consultancy Bluestock Advisors told The Guardian. “There were only shades for fair skin, medium tone, tan and dark skin. But we all know the reality looks different. [Fenty Beauty] was one of the first brands to say “we want to work for all kinds of people”.

However, some of Rihanna’s business ventures have not been as successful. This year, she agreed to close her clothing label Fenty, which lasted less than two years.

In terms of fortune, Madonna lags behind Rihanna (Forbes estimates her wealth at $ 550 million), Celine Dion (455 million) and Beyoncé (420 million).

Rihanna is one of the most popular singers in the world, her records have sold about 250 million copies on various types of media, but the singer’s last solo album was released back in 2016.