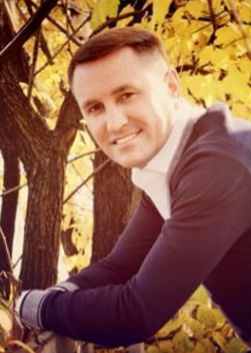 Yuri Alexandrovich Chabuev – ex-head of the territorial department of ritual services No. 3 of the State Budgetary Institution of Moscow “Ritual”.

In the photo: Yuri Alexandrovich Chabuev

The small homeland of Yuri Chabuev is the village of Komarovka, Penza Region, where he was born on May 7, 1976. After school, the young man, who always showed a penchant for the exact sciences, entered the Higher Military Command and Engineering School of the city of Kamyshin, where he studied the specialty “Construction”.

In 1998, Yuri received a diploma and went to serve in the army. Upon his return, he received a second higher education (specialty “Financial Management”) at the Kamyshin branch of the Volgograd State Technical University.

Yuri Chabuev connected his life with the industry of funeral services. In 2006, he took the position of deputy head for economic issues at the Ritual enterprise, whose jurisdiction included ritual services for residents of the Khimki region. In this position, he worked until 2009, after which he took the director’s chair.

In 2013, Yuri Aleksandrovich moved to a senior position at No. 3 of the State Unitary Enterprise of Moscow “Ritual”. After the reorganization, the enterprise began to manage 31 metropolitan cemeteries.

So, he participated in a working group developing a professional standard for ritual workers. In 2015, Chabuev co-authored the book Professional Standards for Funeral Industry Specialists, which regulates the main criteria for the work of employees of funeral companies. These standards were approved by the Ministry of Labor of the Russian Federation.

Yuri Chabuev participated in the development of the Federal Law “On Burial and Funeral Business” as a member of the Duma Committee on Veterans Affairs and Social Policy, and works as Vice President of the Association of the Russian Funeral Industry.

Chabuev’s work on the development of the industry has been repeatedly marked by awards, certificates of honor, including:

Chabuev is active in public activities. So, from 2009 to 2016, he worked in the Public Council under the Investigative Committee of the Russian Federation, where he supervised the cadet classes founded by the head of the Investigative Committee. It was thanks to Yuri Chabuev that the cadet classes were repaired, the architectural workshop was decorated, and the surrounding area was put in order.

Chabuev helped the cadets attend numerous events, including sports matches, he organized graduation oaths, and other events. Also, with the active participation of Chabuev, pupils of the classes were able to participate in the All-Russian Cadet Festival in St. Petersburg and other similar events.