Dmitry Nagiyev cannot be called the richest showman, but he makes good money. To do this, in addition to filming movies and television shows, the actor advertises mobile communications, conducts festive events, concerts, opened his website and Instagram profile.

According to an independent assessment of Forbes magazine in 2016, one of the most financially prosperous Russian celebrities, Dmitry Nagiyev, at the age of 51, occupies the 19th position in terms of income in the ranking of the richest stars of the Russian screen (with a published income figure of $ 3.2 million). This result is much higher than in 2015, where the artist was given the 29th line. What kind of business does Nagiyev earn a living from?

About the sources of income of Dmitry Nagiyev

The artist receives such a high income by domestic standards due to the popularity achieved by the results of his own work. His presence in the modern media space is truly off scale. This:

Being a personality recognizable everywhere, he creates the characters of his heroes so skillfully that it is sometimes difficult to determine which role is closest to him.

Nagiyev never stops halfway. He tries under any circumstances to keep up with the times, choosing for himself such an image that will be understood and appreciated from the standpoint of his contemporaries.

Choosing his own creative path, Nagiyev has an income from films of 500,000 rubles. However, if you distribute his income as a percentage, it turns out that the profit from filming series and films will be 40%. This is approximately identical to earnings on corporate parties, in the theater and talk shows. The remaining 20% ​​is material resources earned from advertising.

The film “The Best Day” with his participation became the highest grossing comedy of 2015 (fees for it amounted to 725,988,064 rubles). And his image as the host of the programs of the First Channel “Voice” and “Children’s Voice” is already perceived as something one with the script.

What other sources of income exist

In general, conditionally distributing Nagiyev’s income by line of business, with the exception of filming films and serials, the following picture is obtained.

Participation in corporate parties (5-6 hours of work cost its customers about 2 million rubles). At the same time, the artist tries to avoid naive and stupid competitions. He has his own style of conducting such events.

Participation in the restaurant business

“Financial investments” in the business of friends – from half a million rubles a year. For example, in St. Petersburg, he had a share in the Diana confectionery production. Two years earlier, he opened the Huang He restaurant (currently not functioning).

Does Nagiyev need a restaurant business? In his interviews, he admits its expediency, but at present he is physically unable to deal with it seriously. In addition, to open a successful restaurant, you need to know all the nuances. That is why even where he makes financial investments (in particular, in a Chinese restaurant), he trusts business development to professionals. For example, in this field, Dmitry considers Alexander Orlov the No. 1 restaurateur and is not going to compete with him.

Perhaps the reason for the speculation about the wide network of restaurant business enterprises of the famous actor was such a plausible performance of his role in the TV series “Kitchen”. But this once again emphasizes the originality of his talent and complete immersion in the roles he plays. Perhaps this is Nagiyev’s business?

About 9,000,000 rubles. Nagiyev earns as a result of filming in advertising. Today, on the screens, he is associated with MTS and not only. A significant role is assigned to him in advertising the medicines “Lovelace Forte” and “Miramistin”. At the same time, pharmaceutical companies are not limited to a one-time community. The contracts contain several filming videos. Brand companies can increase prices by up to 20%, stipulating that the artist should not appear in other commercials in parallel (so as not to look annoying).

State-of-the-art social media income. A profile on Instagram, with its seven millionth army of subscribers, is capable of generating income of up to 650 thousand rubles for publications, even in the absence of expensive advertisements.

Participation in television programs, according to the artist himself, does not bring him significant profits. Rather, it is an opportunity to maintain its popularity among the masses. Yes, and the contract with the First Channel is paid by the agreed wages.

A filming day at the film set, according to his fellow worker V. Manucharov, brings a daily personal income of up to half a million rubles. True, if the work is designed for a certain period of time, the income per day is slightly lower.

Dmitry Nagiyev allows fans selectively to information about his biography. He even uses pages on social networks, according to his own conviction, not for a close acquaintance with his person, but rather to promote the artistic business.

One is not a secret. The end of the Electrotechnical Institute and service in the ranks of the Soviet army did not keep Nagiyev within the framework of the average person. He realized that he could no longer live without an artistic career, and entered one of the theater universities in Leningrad, beating 150 applicants for a place. 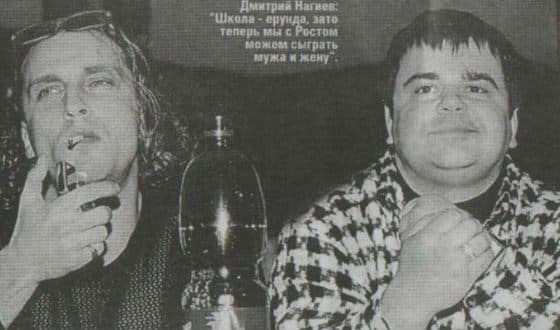 Figure 3. Nagiyev and Rost. At the beginning of the creative path

When working on his roles, Dmitry attaches the greatest importance to personal contacts with the team and the director, and puts the quality of the script in second place. When he says that the size of the fee takes third place, sometimes he is cunning. However, in the new film “Unforgiven” (directed by Sarik Andreasyan), everything was exactly like that – Nagiyev was attracted by the script, story and character of the hero.

Attributing many novels and intrigues to such a brutal image of the beloved artist, the audience does not see clear evidence of this. Therefore, his personal life continues to remain in the shadows.

Such a bright and original image of the hero beloved by many, perhaps due to his Azerbaijani roots on the paternal side.

The list of roles played is wide and varied. All films with his participation are a vivid manifestation of character and originality.

How important is wealth for a man like Nagiyev? Does he see in him the only source of life’s joy? In his own words, having spent his childhood and youth in poverty, he saw his salvation in money. Today, luxury is his love and lifestyle. To get everything in full, without the pretext of “under-” – that’s what he strives for.

At the same time, his soul also requires the realization of the best human qualities. And here it is worth citing charitable activities as an example. The Anna Foundation is a source of joy for children from large families, boarding schools and shelters.

The life position of the hero is clearly reflected in the dialogue between Dmitry Nagiyev and the famous Internet blogger Yuri Dud: