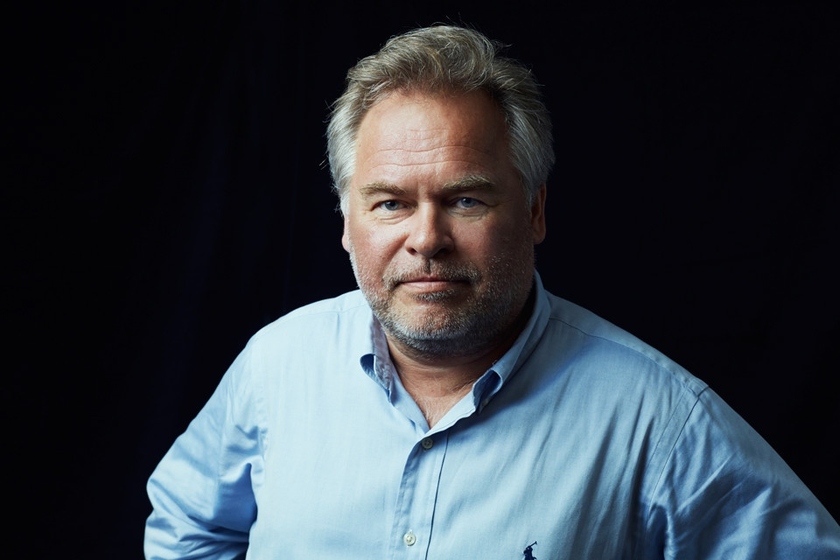 Kaspersky Evgeny Valentinovich is not only the richest businessman with a personal fortune of $1.1 billion according to 2016 data. From the biography, we learn about him as a scientist, researcher, talented strategist and just an outstanding personality.

Clever, interesting and … for some, even dangerous – all these are synonyms for the name Kaspersky Evgeny Valentinovich. The most famous Russian programmer, who became the Laureate of the State Prize in the field of science and technology and a world specialist in the field of computer and information security, this person has already made his name a household name. This year will be 20 years since Evgeny and his team save the world from cyber threats. Businessman Kaspersky, of course, is more famous for his anti-virus programs, but it is the history of the formation of a person who is not afraid of falls and unexpected twists of fate that deserves a separate story.

The biography dates back to October 4, 1965 – on this day in Novorossiysk, Krasnodar Territory, the future computer genius appeared. Young Zhenya developed an interest in mathematics as a child – fortunately, his mother noticed this and tried her best to support it in her son. So the talented boy ended up in the Physics and Mathematics School No. 18, named after Academician Kolmogorov.

The educational institution was located at Moscow State University, but the graduate chose another alma mater for himself – the Institute of Cryptography, Communications and Informatics, which was located at the Higher School of the KGB. It was here that he became interested in cyberattacks. A little later, the fateful “meeting” of young Kaspersky and his … first virus happened: the computer was infected with malware. But instead of destroying the uninvited guest, Eugene wrote the virus onto a floppy disk and began to study it in detail – as a result, he managed to write a program to treat it. A little later, another new virus was thrown to Kaspersky by a colleague – again, our hero neutralized a dangerous “raider” on his own. These incidents prompted the future IT security luminary to engage in antivirus programs.

Initially, Evgeny planned a career in the military sphere: after the institute there was a service in the army, from where he left as a senior lieutenant, and in 1991 he began work in a closed research institute at the General Staff of the Russian Air Force. 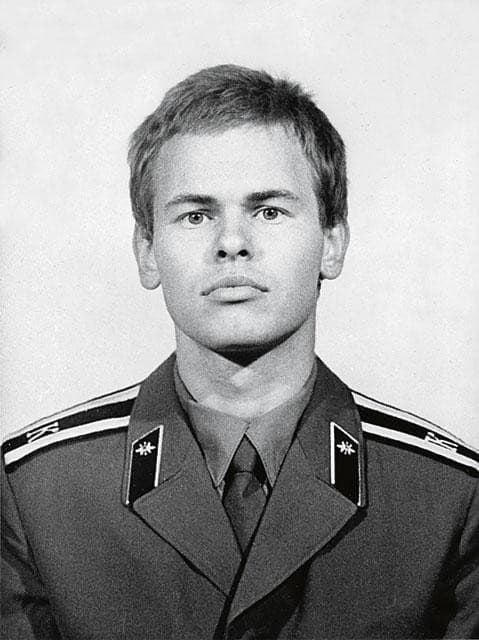 It was there that he began to develop his first anti-virus project. 1994 was marked by the creation of a product called AVP (AntiViral Toolkit Pro), which began to rapidly gain popularity. Three years later, AVP became a leader in the field of information systems related to security, and Kaspersky himself, together with a team of five people, went on an independent voyage, establishing his famous “Laboratory”. At the same time, the anti-virus product enters the world market. And here the first trouble awaited him.

The American partner of “Laboratory” decided to play by its own rules, having registered AVP under the name of its own trademark. This allowed him to position himself as the owner of the development. Nothing helped – the conflict led to the loss of AVP. But this unpleasant situation became the impetus for the creation of a new well-known product of Kaspersky Anti-Virus.

As we remember, Kaspersky Lab was initially founded by a group of six people, but over the course of several years the organization has turned into a group of international companies headquartered in Moscow.

The field of activity itself has also changed: consumers were offered not only anti-virus protection, but also the well-thought-out functionality of the company’s information security. We are talking about Kaspersky Anti-Hacker (personal firewall), anti-spam system and other unique “guardians” of data.

The development of the structure went by leaps and bounds:

The special role of the first wife in business

The name of Evgeny’s first wife, Natalya, is closely associated with the activities of Kaspersky Lab. She became the first CEO of the organization – such cooperation continued even after the divorce. Her task was to promote the company both domestically and on the international market – and Natalia did an excellent job of it. Agreements with Finnish, German and Japanese partners were the merit of Eugene’s first wife. By the way, in the Russian Federation itself, with the help of Natalya, close ties were also established with 1C and Polik Pro.

A little more history: the first foreign representative office was opened in 1999 in

Great Britain, in Cambridge, and in 2003 a similar joyful event took place in China and Japan.

However, intra-family misunderstandings still affected the internal life of the company. The former spouses tried to keep the cash flows going through the organization in their hands: Natalya tried to take over the same share in the company that her husband had. All this continued until Natalia was appointed to the post of CEO in a subsidiary of InfoWatch (the company is also engaged in development, but in this case it is about protecting confidential information from insiders).

If they shot another film with the same name, then Evgeny Valentinovich could well play the main role in it (or act as a prototype). And it’s all about the new title – Kaspersky is included in the list of the most dangerous people in the world according to the American Wired magazine of December 2012.

An honorable eighth place in such a “hit parade” (where there are only 15 places) was provided to the Russian programmer by his work aimed at neutralizing Stuxnet, Flame and Duqu – projects with which it was planned to attack large Iranian government and industrial facilities. 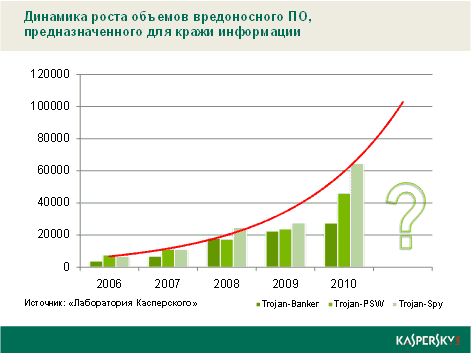 Photo 5. The enemy does not sleep

It is believed that the specialists who exposed the spyware worked for the famous Kaspersky. But from the point of view of American journalists, this is not all: it is believed that Yevgeny works in the interests of the FSB and his team is engaged in the technical training of the special services, assisting in the affairs of the examination.

It is known that with the help of the Kaspersky team, in just three years (2012-2015), 160 Russian-speaking hackers were arrested. For reference: the damage caused by these cyberterrorists is estimated at 790 million dollars. 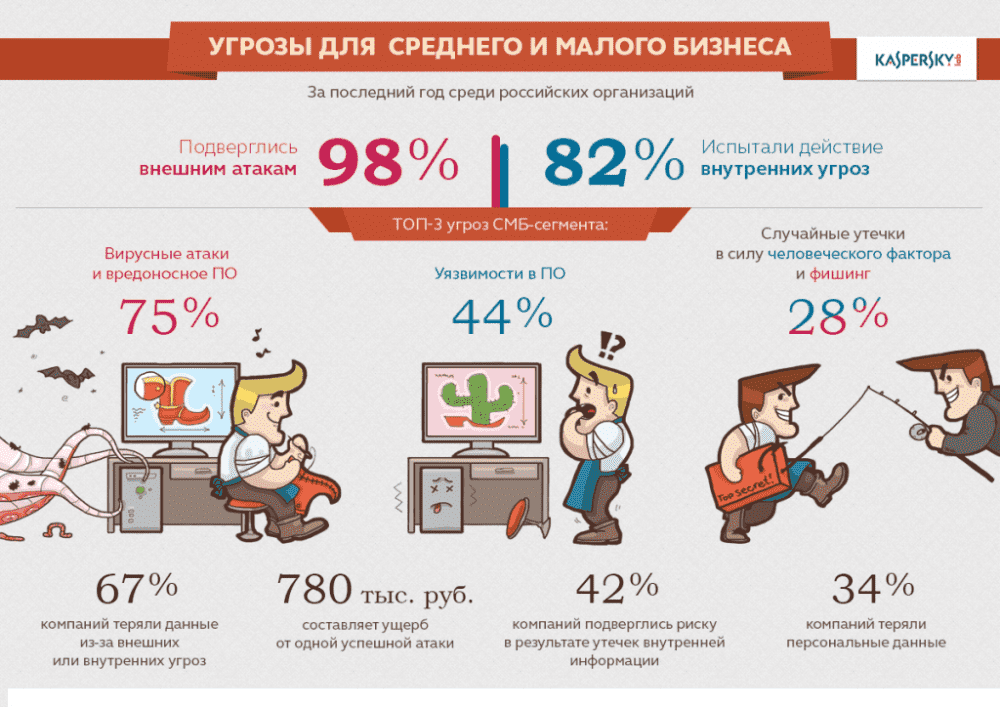 Photo 6. There is a threat for all business segments.

Many are unhappy with the fact that Yevgeny is in favor of control in the Internet area: Kaspersky believes that there is a lot of freedom there. He is especially vocal about controlling social media. And, by the way, his statements do not go unheeded – in Russia, some web resources are already restricted for visiting. Most likely, at the suggestion of our hero, who since 2009 has been a member of the Public Chamber for the Russian Federation (became such by decree of Dmitry Medvedev, who was president at that time). 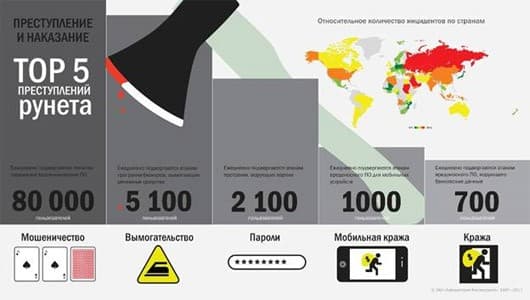 By the way, about the cinema: Kaspersky has already made his debut there too – we are talking about the series “Network”. In the “acting” summary, you can add a role in the video from the “Laboratory”, which was prepared for the tenth anniversary global conference, which the company holds for partners.

That’s not all the regalia: Eugene is involved in scientific research related to computer virology (he is a member of CARO). Our hero is happy to share his knowledge: he participates in events dedicated to the problem, writes a lot of scientific materials on the topic.

Evgeny’s contribution is often recognized with awards: in 2007, the medal “Symbol of Science” became such (in the same year, the “Laboratory” itself was the winner of the “Runet Prize” in the nomination “Technology and Innovation”). And in 2009, Kaspersky himself was a laureate of the State Prize of the Russian Federation in the field of science and technology.

Recent developments include the development of a secure operating system. Today, neither Microsoft, nor Apple, nor other communities have such. This system is planned for use in highly specialized (often “industrial”) purposes, with it it will be impossible to win games and surf in social networks. This software will perform the strictly prescribed functionality. Therefore, such a thing cannot be hacked using third-party code, affect the system or program.

The details of the technology are not yet disclosed so that competitors do not know about it in advance. Something, according to Kaspersky himself, will remain in closed access (confidential for customers) – this is necessary to protect against cyber-terrorists.

A tourist on a kayak

For all his busyness, Eugene bears little resemblance to “office plankton” – this is especially noticeable on the “Kaspersky Blog“. And the programmer himself admits that his passion is kayaking and mountaineering. He was lucky to visit many beautiful corners of the planet: for example, Eugene loves climbing … volcanoes.

The company is involved in charity work: for example, after the Japanese tsunami, $1.5 million was donated to orphanages, hospitals and the Japanese Red Cross.

In personal life, everything is “excellent”!

It is this assessment that can be given to today’s marital relations of Evgeny Valentinovich. He is married for the second time, and met his future wife while skiing. The wife fully corresponds to all the ideas of a businessman about women, embodying the mind and delicacy of character. She is an employee of the humanitarian sphere – the Institute of the Russian Language. A.S. Pushkin.

He maintained good relations with his ex-wife Natalya (part-time, co-founder of the “Laboratory”) and sons Maxim and Ivan. And so good that families often rest together, each with their new family.

As for children, Maxim, the eldest son of a computer genius, did not want to follow in his father’s footsteps – he chose the Faculty of Geography of Moscow State University. And with the younger Ivan, a not entirely good kidnapping story is connected: the criminals grabbed the child from the subway and demanded a ransom of 3 million rubles. However, thanks to a special operation conducted jointly with the FBI, the criminals were caught and punished.

Apart from this unpleasant episode, the life of our hero is somewhat reminiscent of an interesting kaleidoscope: you never know what interesting event will be the next picture. One thing is clear: it will definitely be extraordinary, like Evgeny Valentinovich Kaspersky himself, whose biography will still be replenished with worthy discoveries and bright moments.