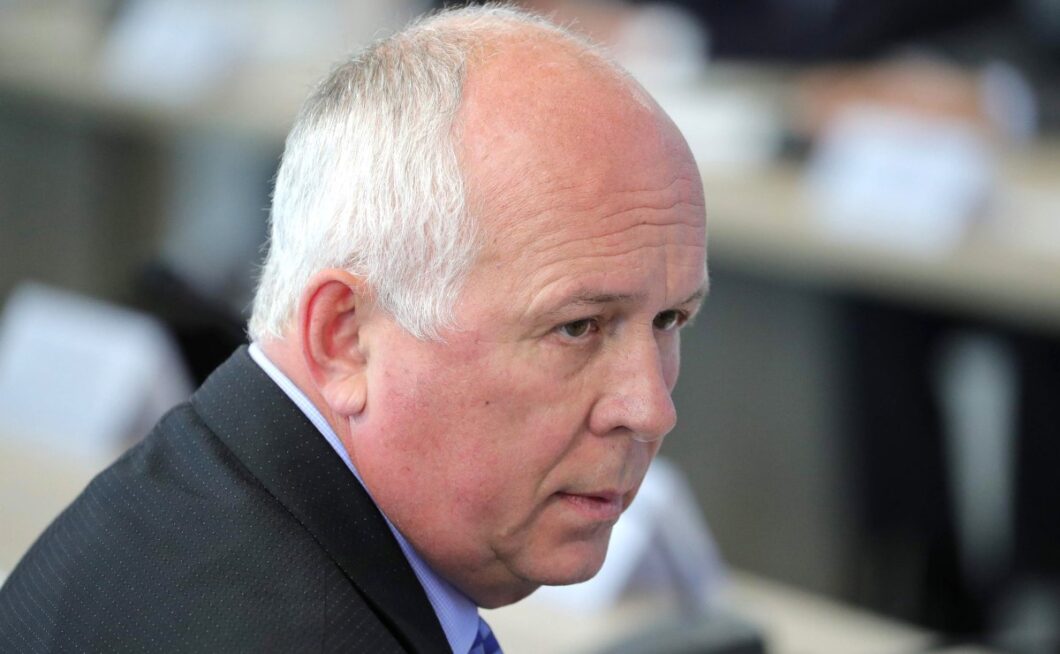 Sergey Viktorovich Chemezov is the permanent head of one of the largest manufacturers of weapons and equipment in the world – the state holding “Rostec”, which united more than 700 enterprises. Member of the Bureau of the Supreme Council of the party of power “United Russia”, Colonel General, close associate of Vladimir Putin, one of the top 10 most influential figures in the Russian Federation (according to the Economic News Agency).

He chairs the board of directors of many leading domestic companies, including the main supplier of titanium VSMPO-AVISMA, the automaker KAMAZ, AvtoVaz, the main exporter of military products Rosoboronexport, and also sits on the governing bodies and supervisory boards of a number of organizations (commercial bank International Financial Club, Norilsk Nickel, PJSC Aeroflot-Russian Airlines, Roscosmos, East Kazakhstan region Almaz-Antey, etc.).

According to Forbes, the income of the Chemezov family in 2017 exceeded 1 billion rubles.

The future key member of the Kremlin team was born on August 20, 1952 in the Angarsk town of Cheremkhovo. His father, Victor, from the age of 15, was a flour grinder at the mill. Valeria, Victor’s wife, was also a native of Cheremkhovo. Later, two more daughters were born in their family.

In 1961, the family moved to Irkutsk, settling in the working suburb of Marat in connection with the appointment of his father to the position of chief technologist of the local mill. Valeria got a job as a laboratory assistant at the same enterprise. By the early 70s, the mill was transformed into a full-fledged flour mill, and Victor became its director.

The area where Seryozha grew up was dysfunctional, and the boy regularly had to defend his honor in fights. He became interested in boxing, was a prize-winner of the Russian championship. At the insistence of his mother, who played the piano, he studied button accordion at a music school for 6 years. He helped his father – he unloaded barges with grain, carried sacks of flour.

Having received a certificate, the young man entered the Irkutsk Polytechnic University, but a year later he was expelled for academic failure – he missed a lot of classes due to boxing competitions. After that, he became a student at the local institute of national economy, in 1975 he received a red diploma in economics.

Later, he studied at the Higher Courses at the Military Academy of the General Staff of the RF Armed Forces and defended his Ph.D. and doctoral dissertations. Both were protected behind closed doors. Presumably, both were devoted to the activities of the Russian military-industrial complex.

After graduating from the university, the young engineer got a job at the local high-security research institute of rare and non-ferrous metals. According to some sources, it was then that he accepted the KGB’s offer of cooperation. Five years later, Sergei Chemezov moved to Podolsk near Moscow, where he worked for NPO Luch, which specialized in the development of products for the nuclear industry and the defense complex.

In 1983 he was sent (through the KGB) to head the Luch representation in the GDR. He spent the first six months in Berlin, then moved to the capital of Saxony – Dresden. There he met Vladimir Putin. They were part of the same reconnaissance group, lived in the neighborhood, were friends with their families.

Returning to Moscow in 1988, Sergei took the position of deputy general director of Sovintersport, which had exclusive rights to “sell” athletes and coaches. He presided over the KGB of this lucrative, millions-of-dollar business and maintained a relationship with Putin, who oversaw similar matters at Smolny.

After the collapse of the Union, the affairs of the once influential organization deteriorated sharply. Then, on the recommendation of Putin, who in 1996 (after the defeat of Anatoly Sobchak in the election of governor) took the post of deputy chief of staff of the President of the Russian Federation, Chemezova received the post of head of the department of foreign economic relations, later – the Office of the Administration of the head of state.

In 1999, the successful leader, who was already called a possible candidate for the post of prime minister, headed the special intermediary company for arms trade, Promexport, and a year later became a member of the Presidential Commission on military-technical cooperation with other countries.

After the creation of the Rosoboronexport company (through the merger of Promexport and Rosvooruzheniye), Chemezov was appointed first deputy general director, and in 2004 became the general director of this exporting enterprise. He proved himself to be a fairly effective entrepreneur – income from sales of military equipment grew steadily. Rosoboronexport has become a powerful structure. A number of leading manufacturers, including AvtoVAZ, VSMPO-Avisma, came under the control of the company; its representatives were on the boards of directors of most defense enterprises.

According to unofficial data, in 2005, Putin allegedly offered his old friend the post of director of the FSB, but Sergei Viktorovich refused. But soon he headed the Union of Machine Builders of the Russian Federation, entered the bureau of the Supreme Council of the “party in power.” At one time, along with Dmitry Medvedev and Sergei Ivanov, he was seen as a possible successor to the country’s leader. But Chemezov assured that he had no political ambitions and did not strive to go to power.

Success secrets from the head of Rostec

Chemezov lobbied for the idea of ​​establishing Russian Technologies on the basis of Rosoboronexport. In 2007, Putin personally introduced the bill on the creation of this structure to the State Duma. In the same year, Chemezov was appointed general director of the state corporation Rostekhnologii, renamed in 2012 to Rostec. Since 2010, he has been the coordinator of the United Russia project “IT Breakthrough”, which is being implemented to promote innovative developments in the field of progressive technologies.

Through the efforts of the head, by 2015 more than seven hundred organizations were included in Rostec (including the holdings Russian Helicopters, Ruselectronics, High-Precision Complexes, Splav, SIBER, Kalashnikov Group of Companies, the National Immunological Company, Kaliningrad Amber Plant), and the consolidated profit of the state corporation reached 99 billion rubles.

The first wife of a top manager of a state company was Lyubov, a friend of Putin’s ex-wife Lyudmila. From this marriage, Sergei had sons Stanislav (1973) and Alexander (1985).

Stanislav is a co-owner of the Medpharmtechnology corporation, a member of the board of directors of AvtoVasenergo, and runs the hotel business (the Meridian Group of Companies in Gelendzhik). Alexander is a doctor by profession and focuses on the insurance business.

Since 2004 Chemezov has been married for the second time to Ekaterina Ignatova. They met at work in the Office of the President. Then she worked under his leadership at Promexport. The business lady has appeared in the mass of companies associated with Rostec and government contracts. She owns a chain of restaurants in the capital. She is a major shareholder in Rosneft’s subsidiary Itera.

In this marriage, Chemezov had a son, Sergei. As of 2019, he is in school, according to media reports, he spends a lot of time in London, Dubai, New York, on a yacht off the French Riviera, is fond of boxing, aquabikes. Anastasia Chemezova (1987), stepdaughter of Sergei, a graduate of MGIMO, in 2017 created a pharmaceutical company, starred for the Pirelli calendar.

The favorite vacation spots of the family members became Milan and Barcelona.

The head of the state corporation continues to address the challenges of ensuring Russia’s technological advantage. For example, in March 2019, it was announced that the Ruselectronics holding company was developing an accelerator designed to increase the performance of standard servers by an order of magnitude, and Shvabe presented an innovative model of Zenitar lenses capable of providing high quality, brightness and image clarity in low light.

It should be noted that the activities of the head of the Group of Companies often provoked contradictory assessments, including criticism of the low efficiency of the enterprise. In particular, the development of the S-500 air defense systems was a failure. Their concept was ready back in 2011, but the delivery of the first samples to the troops, planned for 2014, was disrupted and postponed to 2023.