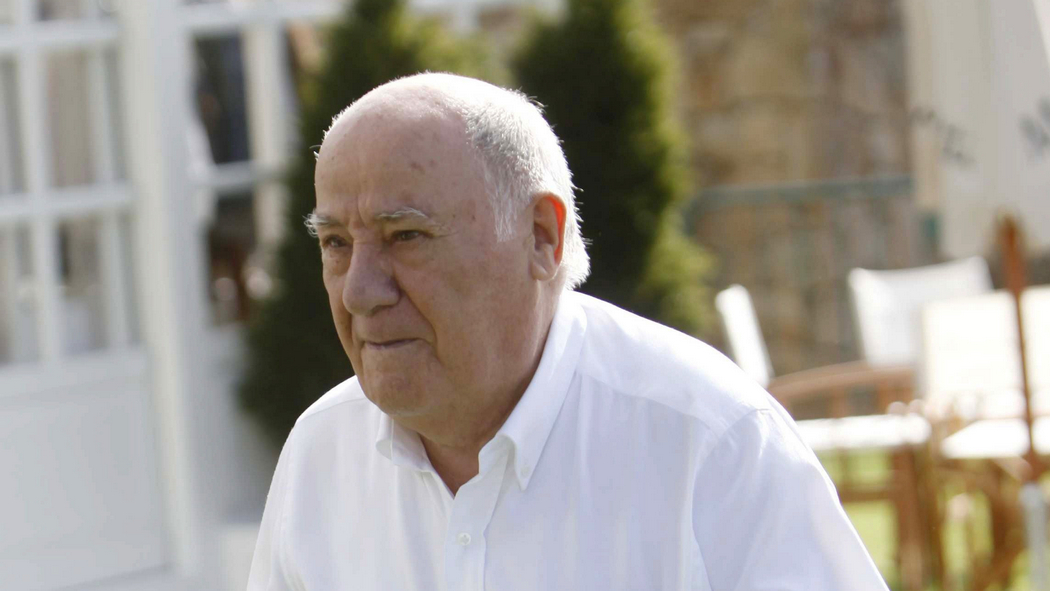 In addition, Ortega has invested in real estate in Florida, Madrid, London and Lisbon, the gas industry, tourism and banks. Owns a share in the football league and a show jumping field.

In June 2012, he was recognized by Bloomberg as the richest person in Europe with a fortune of more than $39.5 billion. Since 2013, he has been one of the three richest people in the world according to Forbes magazine. As of July 2017, Ortega's net worth is $83.3 billion.

Place of Birth. Education. Amancio Ortega was born on March 28, 1936 in Busdongo de Arbaz, province of León, the son of Antonio Ortega Rodriguez, a railroad worker, and Josefa Gaona Hernandez, who worked as a servant in a wealthy family of German financiers. Spent his childhood in Leon. Due to the poverty of the family, Amancio could not even finish high school and from the age of 13 he began working as a messenger in a shirt shop. Then, in 1950, he was hired by the haberdashery La Maja, where his brother Antonio, sister Pepita and Rosalia Mera, who would later become his first wife, already worked.

When Amancio was fourteen years old, the family moved to La Coruña (Galicia) following the transfer of his father there. Here, at first, he was engaged in corrugating fabrics, then he took up drapery and eventually became an apprentice with an Italian fashion designer. The owner of the atelier once said to the father of the future fashion magnate: "You know, a tailor will not work out of him, a tailor should be easy, sociable".

In the 1960s, Amancio became a manager in one of the shops.

In 1972, at the age of 37, Amancio opened his own knitwear factory, which was called Confecciones GOA (reversed initials).

At first, together with his first wife Rosalia Mera, he sewed bathrobes, nightgowns and lingerie in the living room of his own house.

In 1975, a German partner unexpectedly canceled an order for a large batch of linen, in which Amancio had already invested all his free capital. To save the business, the couple decided to sell clothes on their own and on May 15, 1975, they opened their own shop on one of the central streets of A Coruña called Zorba. The store was originally named after their favorite character, Anthony Quinn from Zorba the Greek, but due to registration issues, the store was immediately renamed Zara. In 1985, based on the Zara chain of stores, he created the Inditex corporation. In 1986, he broke off relations with his first wife.

The first Zara store abroad appeared only in 1988 in Porto in neighboring Portugal. In 1989, the Zara store appeared in New York, in 1990 - in Paris. And already 10 years after the opening of the first store, Amancio Ortega created a manufacturing and trading holding - Industria de Diseno Textil Sociedad Anonima (Inditex), which by the end of 1990 was second only to Gap (USA) and H & M (Hennes & Mauritz; Sweden).

In 1991, the Pull and Bear network appears, in addition, Inditex acquires 65% of the Massimo Dutti group, and five years later this brand becomes completely owned by Inditex. In 1998, the Bershka chain of stores was created, specializing in clothes for young girls. In 1999 - Stradivarius stores.

In 2001, Inditex held an IPO, selling a 25% stake, which brought in $ 2.3 billion. At the same time, the Oysho trademark appeared for stores specializing in underwear.

In 2011, Amancio Ortega stepped down as chairman of Inditex, saying he would ask Inditex Vice President and CEO Pablo Isla to take his place at the helm of the textile empire.

In December 2011, Ortega purchased Torre Picasso, a 43-story skyscraper in Madrid, from Esther Koplovitz for $536 million. Previously, he also bought Epic Residences & Hotel, a 54-story condominium and hotel on the coast of Miami.

Lifestyle. Ortega is known for preferring a simple lifestyle. Prior to 1999, no photograph of Ortega had ever been published. He refuses to wear a tie and usually wears a simple suit that is not made by Zara.

Charity. In 2001, he created the Amancio Ortega Foundation (private non-profit organization), based in Arteijo (province of La Coruña), which aims to promote all kinds of activities in the field of research, education and science.

In 2012, Ortega donated around €20 million to Caritas Internationalis, a Catholic relief organization. This is the largest donation the NGO has received in its history.

In 2015, Ortega allocated 17 million euros ($18 million) to the healthcare system in the Spanish region of Galicia.

In 2017, the Ortega Charitable Foundation is to donate 320 million euros to the Spanish health sector for the diagnosis and treatment of cancer, in particular for the purchase of 290 oncology machines; it is one of the largest charitable donations ever made in the country.

State. In June 2012, he was recognized by Bloomberg as the richest person in Europe with a fortune of more than $39.5 billion. Since 2013, he has been one of the three richest people in the world according to Forbes magazine.

In the next ranking of the richest people in the world, published by Forbes magazine in March 2013, Amancio Ortega took third place with a fortune of $ 57 billion, rising two positions up compared to the 2012 ranking and displacing investor Warren Buffett from the top three.

2014, Amancio Ortega was again ranked 3rd by Forbes magazine. The billionaire's fortune grew by $7 billion over the year to $64 billion.

In 2023 state Amancio Ortega was estimated at $ 55.1 billion - he ranked 6th in the ranking of the richest people on the planet according to Forbes magazine.

Awards. At the end of 2009, the Spanish Ministry of Foreign Affairs and International Cooperation awarded Amancio Ortega with the Order of Civil Merit.