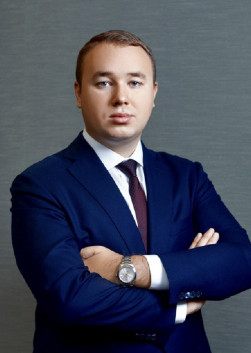 In 2016, Nikita Andreevich graduated from the Faculty of Law at St. Petersburg State University (SPbGU) with a bachelor’s degree. Two years later, he received a master’s degree in “International Law”, having successfully defended his thesis project on the topic “International Legal Regulation of the Activities of Seaports of the Russian Federation.”


The next step was obtaining a master’s degree after graduating from St. Petersburg State University of Economics in the direction of “Management”.

The beginning of the way

In the spring of 2016, Nikita Murov gets a position as a legal adviser at Phoenix LLC, which manages the Bronka port. In August of the same year, he became an adviser to the general director on legal issues at Phoenix Container Terminal, combining a new appointment with the work of a legal adviser.

Head of the holding “Bronka”

At the beginning of 2018, Nikita Andreevich took up the position of head of Bronka Group, a company with assets in various areas of the Russian economy.

Nikita Murov is a member of the board of trustees of the public organization Judo Club Turbobuilder (St. Petersburg). Speaks English. Plays Russian billiards.

Head of the holding “Bronka”


He takes an active part in the life of St. Petersburg and other Russian regions, including supporting the League of the Future tournament (children’s hockey), the Anatoly Rakhlin Judo Support and Development Foundation, the Adaptive Sambo Center for children with cerebral palsy (in Sochi), the Foundation “International Center for Northern Convoys”.

Has an award in the form of a Certificate of Merit from the President of the Russian Federation for merits in the development of physical culture and sports, active social activities.

Not married, no children.