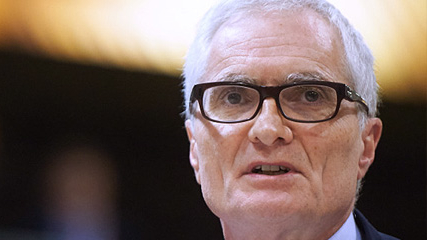 Michele Nicoletti - Former Chairman of the Parliamentary Assembly of the Council of Europe (PACE).

Place of Birth. Education. Born November 19, 1956 in Trento, Italy. Graduated from the Faculty of Philosophy of the University of Bologna.

Career. For seven years he taught philosophy and history in secondary schools.

In 1991-1999 - Associate Professor of the Department of Moral Theoretical Philosophy.

In 1999-2001 - Associate Professor at the Department of Political Philosophy at the University of Padua (Italy).

Since 2001 he has been teaching at the Faculty of Literature and Philology and at the School of International Studies at the University of Trento (Italy). Professor of Political Philosophy.

parliamentary activity. In 2013, he was elected as a member of the Italian Parliament from the autonomous region of Trentino - Alto Adige.

On January 22, 2018, Michele Nicoletti was elected President of PACE.

June 2018 Michele Nicoletti resigned from the post of President of PACE in connection with the defeat in the parliamentary elections in Italy - after the formation of the new delegation, he lost his position in PACE. June 25, 2018 by Lillian Maury Pasquier changed Nicoletti as President of PACE.