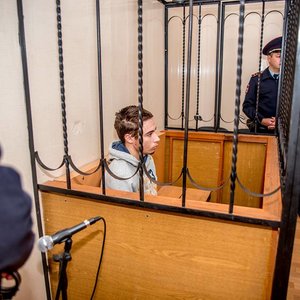 Place of Birth. Education. Born in Rome (Italy), the daughter of the Italian stage designer and director Flavio Mogherini. Studied politics at the Sapienza University of Rome, defended a diploma in political philosophy on the relationship between religion and politics in Islam within the Erasmus project in France (Aix-en-Provence).

Career. In 1996, Federica Mogherini joined the left-wing youth organization Sinistra giovanile, in 2001 she joined the National Council of the Left Democrats, and later their National Board and Political Committee.

In 2003, she began working in the party's Department of External Relations, where she was responsible for relations with various movements, and later became the department's coordinator, dealing with the problems of Iraq and Afghanistan, the peace process in the Middle East, relations with the Party of European Socialists, the Socialist International and its constituent parties, as well as with the US Democratic Party.

In 2007 she joined the Democratic Party, in 2009 she was responsible in its Secretariat for directing the policy of ensuring equal opportunities.

In 2008, Federica Mogherini was elected to the 16th Chamber of Deputies.

In December 2013, she joined the National Secretariat of the Democratic Party, the Institute of International Relations, the Council for Relations between Italy and the United States, the European Network for Disarmament and Non-Proliferation of Nuclear Weapons.

In 2013, Federica Mogherini became a deputy of the XVII convocation.

On July 2, 2013, she joined the Parliamentary Delegation to the NATO Parliamentary Assembly (since August 1, 2013 she has been heading it).

On February 22, 2014, Mogherini took the oath as Italian Foreign Minister in the government of Matteo Renzi.

On July 14, 2014, it was reported that Mogherini's candidacy for the post of EU High Representative for Foreign Affairs and Security Policy was blocked by representatives of Eastern Europe (primarily Poland, Estonia and Latvia), who were concerned about the overly pro-Russian position of Mogherini and Renzi himself (in particular, their support project "South Stream"). However, the appointment to this position is included in the quota of the socialist faction of the European Parliament, which fully supports the candidacy of Mogherini. On July 16, 2014, the controversy over the appointment of Mogherini could not be overcome, and the decision to form a new European Commission was postponed to the next meeting, on August 30, 2014.

On August 30, at a meeting of EU leaders in Brussels, Mogherini was approved as High Representative for Foreign Affairs and Vice-President of the European Council Donald Tusk (he took office on November 1, 2014).

Since September 2023 Rector of the College of Europe (Bruges, Belgium).

Attitude to the political crisis in Ukraine. February 10, 2014 Mogherini arrived in Kiev as part of a delegation of the NATO Parliamentary Assembly with a mediation mission to resolve the open conflict between President Yanukovych and the opposition. Mogherini calls mediation the only possible European policy in this crisis.

On March 1, 2014, Mogherini, in telephone conversations with EU High Representative for Foreign Affairs Catherine Ashton and her other colleagues, including Kerry, Fabius and Sikorsky, stated the need to guarantee the sovereignty and territorial integrity of Ukraine.

On March 5, 2014, at a press conference in Paris, Mogherini noted that the moment had come to "lower the tone" and that the imposition of sanctions against Russia was not a necessary measure, since the road for continued dialogue remained open.

On March 9, 2014, Mogherini said in an interview: “In Ukraine, Putin’s Russia must stop: we cannot risk war in Europe. I believe that no one wants it, everyone hopes that it will not happen, for this Moscow must stop. it is necessary to resume the process aimed at preserving a united Ukraine, with the involvement of all its citizens in it.

On March 17, 2014, arriving at a meeting of the EU Foreign Affairs Council in Brussels, Mogherini said that she considers the door open for dialogue with Russia, and also stated: Now we are working out all together a unified reaction to the referendum in Crimea, which we regard as illegal and illegitimate .

On April 11, 2014, while on a visit to Stockholm, Mogherini gave an interview to the Svenska Daglabet newspaper, in which, among other things, she stated that Italy regards the annexation of Crimea to Russia as a violation of international law, but does not consider Russia completely "lost".