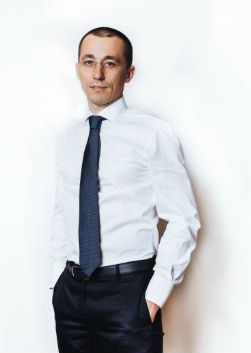 Maxim Yuryevich Vorobyov is a Russian businessman, co-founder of the Russian Sea company. Today it is the largest importer of seafood in Russia.

The hometown of Maxim Vorobyov is Krasnoyarsk. Here on August 9, 1976, he was born, becoming the second child in the family of Yuri and Lyudmila Vorobyov. At that time, the head of the family, the future Hero of Russia, the closest associate of Sergei Shoigu and one of the founders of the Ministry of Emergency Situations, was the head of a workshop at a trailer manufacturing plant.

The elder brother of Maxim Yuryevich, Andrei Vorobyov (born 1970), has been the Governor of the Moscow Region since 2013.

After graduating from school in 1993, Maxim Vorobyov became a student at the Faculty of International Economic Relations at MGIMO. In 1998 he successfully graduated from the university and became a certified specialist.

In 2006, the entrepreneur received an Executive MBA (Senior Executive) from the University of Navarra, Spain.

Maxim Vorobyov entered the business in 1997, together with his older brother, becoming the founder of the Russian Sea company (now PJSC Russian Aquaculture). At first, he held the position of sales manager, then, with the growth of the company, he took the position of sales director, and a year later – executive director.

The Russian Sea company was founded in 1997


A small company buying herring and mackerel from Norwegian waters has carved out a niche in the Russian market, and the business has gone uphill. Soon, the Vorobyov brothers began construction of a modern fish processing plant in Noginsk, which went into operation in 1999.

Then the company successfully mastered the Far East direction, began the production of cold smoked canned food under the brand name “Seledochka Stolichnaya”. Russian Sea began to reach the all-Russian level, and in 2000 signed the first contract with a large chain store.

Today the products of the “Fish Sea” are in every store


In 2002, Russian Sea started the production and sale of red fish and caviar. In the same year, having worked in the fishing industry for five years and convinced of its great potential, Maxim Vorobyov bought out the shares of the Russian Sea from the co-founder and became its main owner. By that time, the company had won the trust of the buyer and became one of the largest Russian suppliers of fish and seafood.

The company conducted an IPO on the MICEX in 2010 and became the first public company in the domestic fishing industry.

In 2011, the Russian Sea started developing another area of ​​activity – fish catching was added to the supply and processing. It was in this year that Maxim Vorobyov founded the Russian Sea – Dobycha company (now the Russian Fishery Company).

Maxim Vorobyov, having achieved significant success with the “Russian Sea”, did not dwell on the fishing industry and began to invest in the banking sector (Bank SKIB, Bank St. Petersburg), construction (Glavstroy-SPb), mining – mining industry, IT security and biomedicine.


At the moment, Maxim Vorobiev is focusing on investing in science-intensive projects that require business development from scratch. According to the deep conviction of Maxim Vorobyov, the success of a company depends on the talent and intelligence of its creators, who are able to offer ideas that change the world. It is these projects that are primarily of interest to the investor.

Maxim Vorobyov is married, the couple has five children. A businessman likes to devote his free time to active leisure activities with his family. Plays hockey, loves literature on business and psychology.