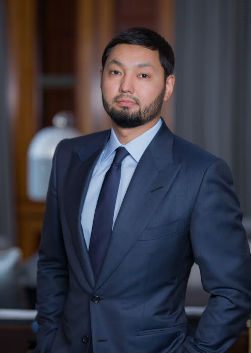 Rakishev Kenes Khamitovich is one of the most significant entrepreneurs in Kazakhstan, a successful businessman, philanthropist, public figure and venture investor, whose experience has already made it possible to successfully implement many large projects.

Kenes Rakishev was born on July 14, 1979 in Almaty. He is a lawyer by education (State Law Academy of Kazakhstan, graduating in 2000) and an economist (Ryskulov University of Economics, graduating in 2002). In 2007, he received a diploma from Oxford Business School in the discipline “advanced management” (“advanced management”), subsequently graduated from the London Business School (discipline “development of strategy for creating value”).

Under the leadership and with the participation of Kenes Rakishev, many successful projects have already been implemented – start-ups. Most of the startups in which Kenes Rakishev took part as an investor have already made a profit that significantly exceeds investments, and those projects that have not yet achieved success are promising and, according to experts, will be implemented in the near future.

Kenes Khamitovich explains such success with a careful approach to the selection of projects, personal participation in the management of start-ups and, of course, experience that generates professional flair. Some of the most famous startups in which Rakishev has invested include:

NetElement is a world-famous company engaged in electronic transactions. Over the past year, the company’s turnover exceeded $1.6 billion.

Sirin Labs. The company’s flagship product is the ultra-secure Solarin smartphone. The device uses the world’s best AES-256 data encryption technology, this technology is also used by intelligence and intelligence agencies of advanced countries. According to Sirin Labs, the main buyers of this gadget will be large businessmen and politicians.


Juno is another very successful startup that Rakishev has invested in. This is a company that has developed an application that helps taxi drivers and passengers to communicate with each other. Subsequently, Gett allocated $200 million to purchase Juno.

Rakishev heads many large Kazakh and global companies, holdings and factories. He was noted by well-known world ratings: Forbes, Vlast.kz (Businessman of the Year) and has prestigious awards and orders from Kazakhstan and the Chechen Republic.

In addition to business activities, Rakishev is actively involved in the public life of Kazakhstan, regularly funding and personally participating in projects aimed at supporting Kazakhstan, helping his fellow citizens and helping young minds to realize their promising ideas. The list of social projects in which the Kazakh businessman participated is incredibly long, we list only a few: Assistance to the Nauryzbay district – financial assistance was provided to the disabled and large families affected by the mudflow.

A school in the Nauryzbai district – investing own finances in the construction of a school for two hundred students.

Kenes Rakishev sponsored the construction of the school


Scholarship “Tayburyl” is a scholarship for outstanding students with the most progressive ideas.

Fintech Startup Center is an organization that provides assistance to young fintech startups. On the basis of this center, they will be able to realize their ideas without wasting energy on accounting, legal aspects and other similar issues that are dealt with in this center for free.

A well-known businessman and philanthropist is married to Asel Tasmagambetova, they are raising two sons: Dinmukhamed and Nuriddin Rakishev.