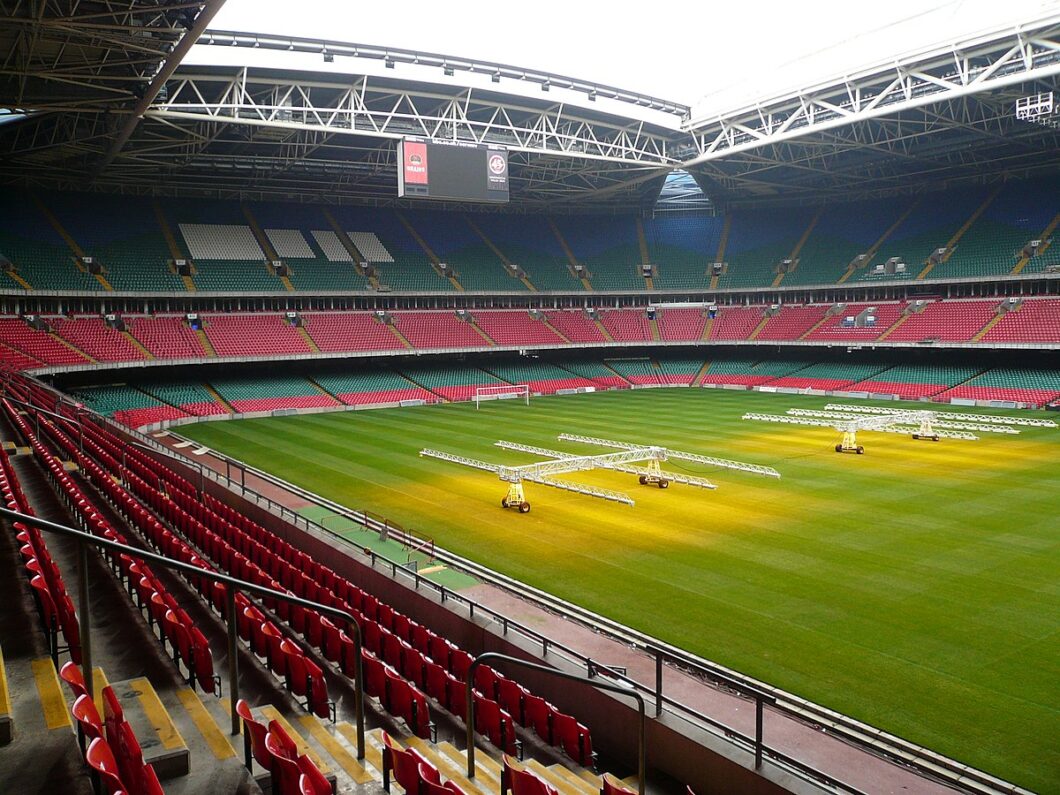 Club football has taken a two-week break to accommodate the completion of the Nations League as the final international test ahead of the Qatar World Cup.

But in a fortnight time, Europe’s top-five leagues will return to action as we take a look at the five most enthralling match-ups to watch out for in October.

All the matches listed below will be available to watch live online, as you can see by visiting these sites on FootballToday.

Signal Iduna Park forms the backdrop for the 109th edition of the famous Der Klassiker in the Bundesliga as Borussia Dortmund and Bayern Munich open the latest chapter in their long-standing rivalry on October 8.

An underwhelming 1-0 defeat at Augsburg on the cusp of September’s international break took the Bavarians’ winless league streak to four matches for the first time since 2001/02.

With their arch-rivals going through a rough patch, current runners-up Dortmund will take the field in high spirits, looking to post their first top-flight triumph over the Allianz outfit since November 2018.

Indeed, Die Borussen have since suffered seven consecutive Bundesliga defeats to Bayern, conceding at least three goals in six, suggesting the Westfalenstadion crowd could be in for a goal-friendly contest.

Estadio Santiago Bernabeu is the venue as Real Madrid and Barcelona go head-to-head in the 185th installment of El Clasico in La Liga on October 16.

One of the fiercest rivalries in football history may have lost some of its glamour after Cristiano Ronaldo and Lionel Messi left Spain, but that doesn’t mean this won’t be a match to remember.

Unfazed by Ronaldo’s departure, Los Merengues conquered both the Champions League and La Liga last season and continued their eye-catching form this term.

After beating Eintracht Frankfurt 2-0 in the UEFA Super Cup showpiece in early August, Carlo Ancelotti’s men have won eight straight competitive outings in 2023/23, including all six in La Liga.

Madrid’s 100% start to their title defence will face a formidable challenge in the form of Barcelona, who have undergone a renaissance under Xavi Hernandez following a trophyless 2023/22 season.

Inspired by former Bayern talisman Robert Lewandowski, the Blaugrana have racked up five La Liga victories on the spin since a goalless home draw with Rayo Vallecano on the opening weekend.

Relentless in front of goal, Xavi’s heavy hitters netted 3+ goals in all five league triumphs this season and will be looking to prove their title credentials on the home ground of Europe’s most in-form team.

You’d be surprised not to see Paris Saint-Germain as one of the selected sides, but Les Parisiens have a pretty no-frills league schedule awaiting them in October.

On the other hand, Lyon and Lille, the two genuine top-three Ligue 1 candidates, will square off at the Groupama Stadium in a high-stakes fixture on October 30.

Both sides have blown hot and cold in the early stage of the season and will have to turn the corner soon to avoid falling out of the Champions League race in the first half of the season.

Following a five-game unbeaten league start (W4, D1), Les Gones have suffered three consecutive defeats, including a narrow 1-0 home loss to PSG on the stroke of the international break.

With third-placed Lorient already six points clear, Lyon boss Peter Bosz faces an uncertain future at the club and could be relieved of his duties even before Lille’s visit at the end of the month (via L’Equipe).

Therefore, both teams will be out for all three points, which promises a spectacle for neutrals.

It’s been a while since the Manchester derby drew this much attention as the upcoming battle at the Etihad Stadium, particularly in light of Manchester United’s resurrection under Erik ten Hag.

The Dutch manager had lost his opening two Premier League games at the helm but has since guided the Red Devils to four league victories in succession, including wins over Arsenal and Liverpool.

Man Utd’s noticeable upturn in form under the former Ajax tactician should set them up nicely for a formidable cross-town trip to encounter back-to-back champions Manchester City on October 2.

Even though the Red Devils have hit the ground running in pursuit of their third top-four Premier League finish in four years, Pep Guardiola’s men look unplayable right now.

With free-scoring Erling Haaland leading the line, the Cityzens headed into September’s international break as one of just two Premier League sides yet to lose a single league match this term (W5, D2).

There’s still a substantial gulf in class between the two most iconic Manchester clubs.

You don’t have to look beyond Man Utd’s poor tally of eight Premier League goals to understand Man City’s record of 23 beats ten Hag’s crew by a massive margin.

The two most successful Italian clubs, AC Milan and Juventus, are set to trade tackles at the Stadio San Siro for the 175th time in Serie A on October 10.

Defending Serie A champions Milan slumped to a 2-1 home defeat to fellow title hopefuls Napoli last time out, seeing their 22-game unbeaten league streak go out of the window.

While a morale-damaging home loss to Luciano Spalletti’s high-flyers put a dent into the Rossoneri’s bid to win back-to-back league titles, Stefano Pioli’s men still have plenty of time to make up ground on the leaders.

Still only three points below the Serie A summit, Milan remain one of the most viable title candidates, and with Rafael Leao set to return to the fold after serving a one-game ban, they have plenty of reason for optimism.

Unlike their hosts, visiting Juventus have experienced a disappointing 2023/23 start.

In addition to losing both Champions League fixtures, the record-time Italian champions have only won twice in seven league games (D4, L2).

After drawing four of their five Serie A outings (W1), Massimiliano Allegri’s 10-man side succumbed to a dreadful 1-0 defeat to debutants Monza last weekend.

It’s still uncertain whether Allegri will be in the dugout when Juventus make the journey to San Siro to take on Milan, but things are not looking good from Bianconeri’s point of view at the moment.