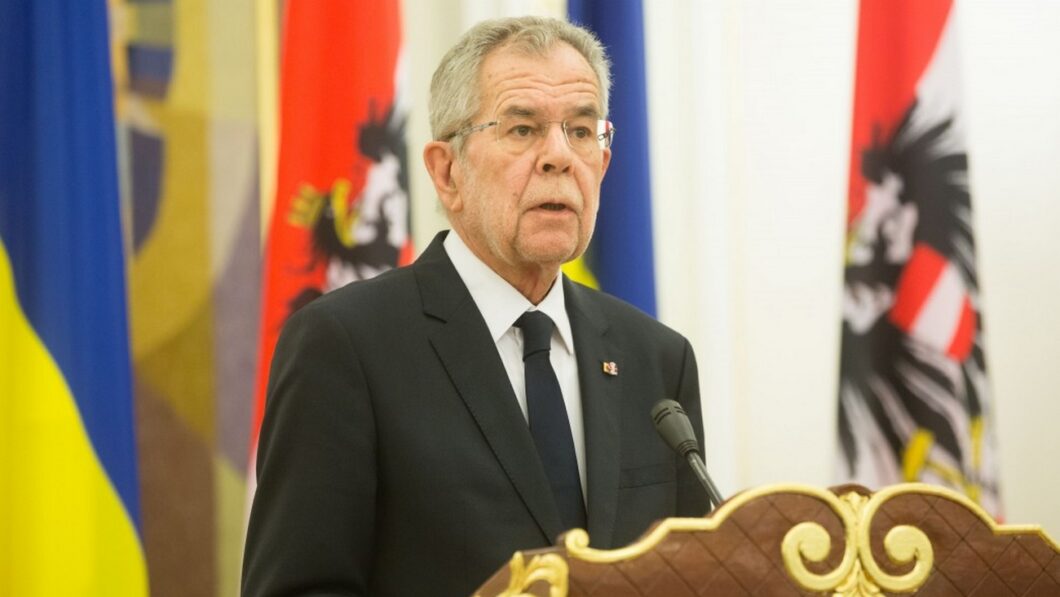 Place of Birth. Education. Paternal ancestors of Alexander Van der Bellen moved from Holland to Russia at the end of the 17th century and lived in the Pskov province from the 18th century. One of the paternal great-grandfathers of Alexander van der Bellen (Georg Maximilian Reimann) was born in 1826 in the Poltava province. Father, Alexander Alexandrovich (van der) Bellen (1898-1966) was born in Pskov. In the summer of 1919 the family moved to Estonia. After Estonia joined the USSR in 1940, he moved to Germany with his wife. After a period of living in a refugee camp near Würzburg, the family moved to Vienna.

Alexander Van der Bellen was born in Vienna on January 18, 1944. At the end of World War II, when Soviet troops approached Vienna, the family, fearing reprisals from the Soviet authorities, moved to the western part of Austria – to the commune (Gemeinde) Kaunertal in Tyrol.

In 1962, Alexander van der Bellen graduated from the gymnasium in Innsbruck. In 1970 he received his doctorate in economics from the University of Innsbruck.

Career. He taught in 1968-1971 at the University of Innsbruck, in 1972-1974 at the Institute of Management and Management (Internationales Institut für Management und Verwaltung) in West Berlin.

In 1975 he received a habilitation. In 1976 he became a professor at the University of Innsbruck.

In 1977 he moved to Vienna. In 1977-1980 he taught at the Academy of Management (Verwaltungsakademie des Bundes), in 1980 he became a professor of economics at the University of Vienna.

Between 1990-1994 he was Dean and Deputy Dean of the Faculty of Economics.

Political career. Until 1992, Alexander Van der Bellen was a member of the Social Democratic Party of Austria (SPÖ).

In 1994, he was elected to the National Council of Austria (lower house of parliament) from the Green Party.

In 2012-2015 he was a member of the Landtag (Landtag, the parliament of the federal state) and the city council (Gemeinderat) of Vienna.

In public opinion polls, Van der Bellen’s personal performance was often substantially higher than that of his party. He has a reputation as a very decent and erudite politician.

In January 2016, Van der Bellen announced that he was running for President of Austria in the 2016 presidential election. He ran as an independent candidate with the support of the Green Party.

The first round of elections took place on April 24, 2016, with six candidates running. Norbert Hofer and Alexander Van der Bellen advanced to the second round of the elections, which took place on May 22, 2016. In the second round, Van der Bellen received 50.35% of the vote and thus won the election. He was due to take office as President of Austria on July 8, 2016. However, the Freedom Party (FPÖ) appealed the result of the election due to irregularities in the counting of votes that could theoretically be used for manipulation (while there was no suspicion that such manipulation actually took place). Examples of such violations are: the counting of votes sent by mail before the time established by law; the absence of some members of election commissions during the counting of votes; publication of current voting results in individual constituencies before the end of voting.

On July 1, 2016, the Austrian Constitutional Court decided to cancel the results of the second round of elections and call a new election. A repeat election was scheduled for 2 October 2016, but was later rescheduled for 4 December due to many absentee ballot forms being defective.

Personal life. He has been married to his first wife for over 50 years and has two children. In 2015, he entered into a second marriage.