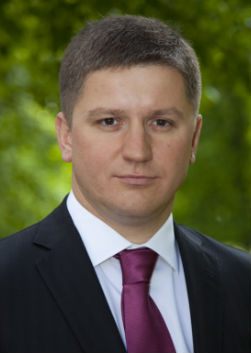 Dod Evgeny Vyacheslavovich – Russian economist, power engineer, high-level manager, candidate of economic sciences. He was awarded the orders: “For Services to the Fatherland, IV Degree”, Honor, and the titles “Honored Power Engineer of the CIS” and “Honored Power Engineer”. Has significant experience in organizing and controlling business processes in the domestic energy sector.

In the photo: Evgeny Vyacheslavovich Dod

Dod Evgeny Vyacheslavovich was born in Moscow in 1973, since childhood he was involved in sports, the exact sciences. He entered the Moscow Aviation Institute, having chosen the specialty “Economics and Management at Machine-Building Enterprises”. He became a university graduate in 1995.

A little later, in 2007, he defended his qualification work on a topic related to capital flows and its features in the real sector of the Russian economy, and received the title of candidate of sciences.

2 years before graduation, he was accepted as an economist at Promradtechbank. He made significant progress in his career as a senior economist. Further worked:

Considered the founder of INTER RAO UES. From November 2009 to September 2015, he served as Chairman of the Management Board of JSC RusHydro. During his leadership of the hydropower giant RusHydro, the following were built or acquired:

As a result, RusHydro acquired more than 400 electric power facilities (mainly in Russia), including more than 90 renewable energy facilities.

In a short time, he restored the Sayano-Shushenskaya HPP after the accident, for which he was appointed the head of RusHydro.

He was responsible for the construction of the Nizhne-Bureyskaya hydroelectric power station, which is still considered the most modern in the Far East.

He was engaged in the reorganization of the thermal energy of the Far Eastern region, his projects – the modernization and construction of new stations in Vladivostok, Yakutsk, Yuzhno-Sakhalinsk, Blagoveshchensk, as well as in the Volga region and the North Caucasus.

In 2013, he contributed to the prevention of a disaster in the Khabarovsk Territory and the Amur Region, having developed special water regimes for the use of the Bureyskaya HPP and the Bureya reservoir. I was personally involved in the leadership.

He loves sports, is fond of numismatics and the history of Asian edged weapons. Collecting samurai swords and ancient coins. Member of the Board of Trustees of the Russian Rowing Slalom Federation,