The Dom-2 project began to go on the air in 2004, then it belonged to Valery Komissarov. In 2014, Alexander Karmanov bought the idea and the program itself. After the change of ownership, a new filming location was opened in the Seychelles. In 2018, Dom-2 brought the owner 5.7 billion rubles.

It’s no secret that the most hated and at the same time popular show in the country is an excellent platform for earning a lot of money. However, everything is not so transparent – a large income can be obtained only by giving a round sum. How profitable is the “television”?

The first issue of the program went on the air back in 2003, then the project was simply called “House”. The idea of ​​the reality show was that couples build relationships and build a house at the same time, which will later be played among them. The winning couple was determined by audience voting, but the guys refused the house and took the winnings in monetary terms. Then, in 2004, the second season came out in a slightly different format – it was decided to recruit single participants, not couples.

The author of the idea was Valery Komissarov. Previously, he hosted the program “My Family”, was the author of the idea of ​​the scandalous talk show “Windows”. From 2010 to 2015, Comedy Club Production was engaged in production and production. Since 2014 (according to some sources, since 2015), Dom-2 has been owned by a company registered in Singapore – Solaris Promo Production. Officially, its owner is the Russian oligarch Alexander Karmanov, known as the ex-husband of the current host of the project, Olga Orlova.

According to the participants, the owner of the TV project, as well as the filming location, changed in just a few hours. Previously, the so-called “Polyana” was located in the Istra district on the territory belonging to the creator of the idea – Valery Komissarov. However, in the spring of 2014, all the participants hastily packed their things, and at night they were taken by bus to Sosenskoye. 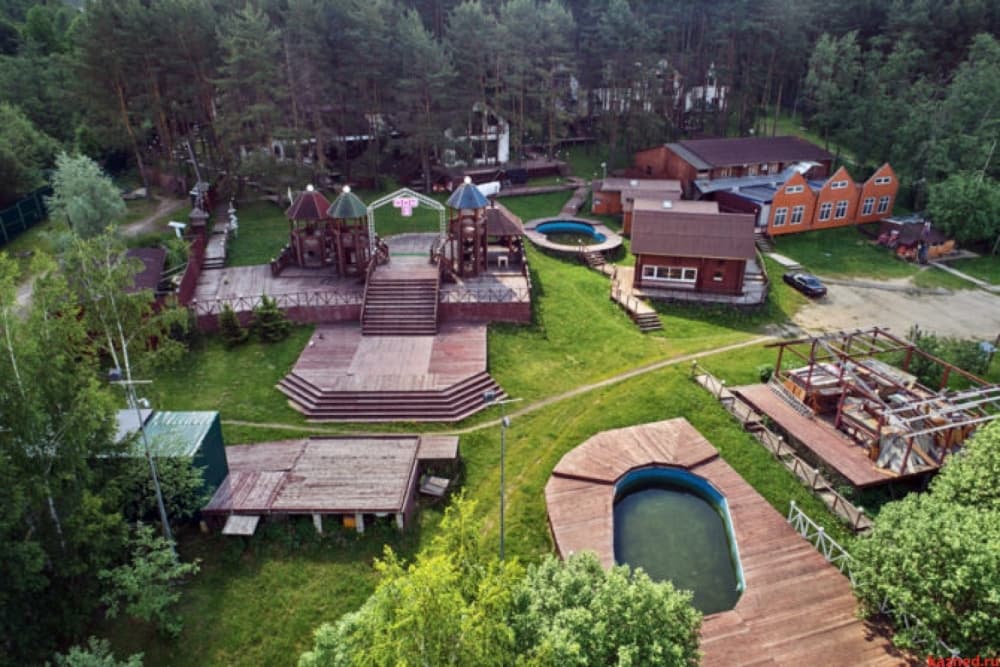 Since then, filming has been carried out on a site built by Karmanov, the official owner and beneficiary of the project.

According to the rbc.ru website, the owner of the TV set has about 5.7 billion rubles a year from the program. No matter how much the project is scolded in the media, it is the highest grossing domestic product in the entertainment TV industry. Income is brought not only by airtime on the TNT channel, but also by a number of other products:

It was assumed that the main popularity of the transfer will gain through the demonstration of sincere relationships – both love and friendship. However, this was not enough. It turned out that scandals, family feuds and personal secrets put on public display attract the viewer much more.

In the table you can see into which shares the main audience of the program is divided.

Initially, the income of the owner of the program consisted of the amounts that the main airtime brought him – broadcasts from Polyana, then it was decided to open another site – City Apartments. The creators hoped that the “picture change” and a dramatic plot twist would affect the ratings, which in 2007 fell seriously.

The costs of maintaining the project were colossal, but Komissarov also had a considerable income from House-2. Nevertheless, apartments are non-residential premises located in the Scientific Research Institute of Technical Glass. Yes, the appearance of luxury and expensive repairs was created quite well, but viewers remember issues in which doors and walls broke with terrifying ease – especially during skirmishes and fights between participants.

Karmanov, after gaining power over the entire television set, came up with an interesting move – the opening of a third site in the Seychelles. This caused an unprecedented influx of participants – everyone wanted fame and free rest, which was financially unaffordable for many. But not everything is so simple. A supplier of pipes for Transneft was engaged in the import of seafood, so the Island of Love turned out to be a fairly profitable investment. 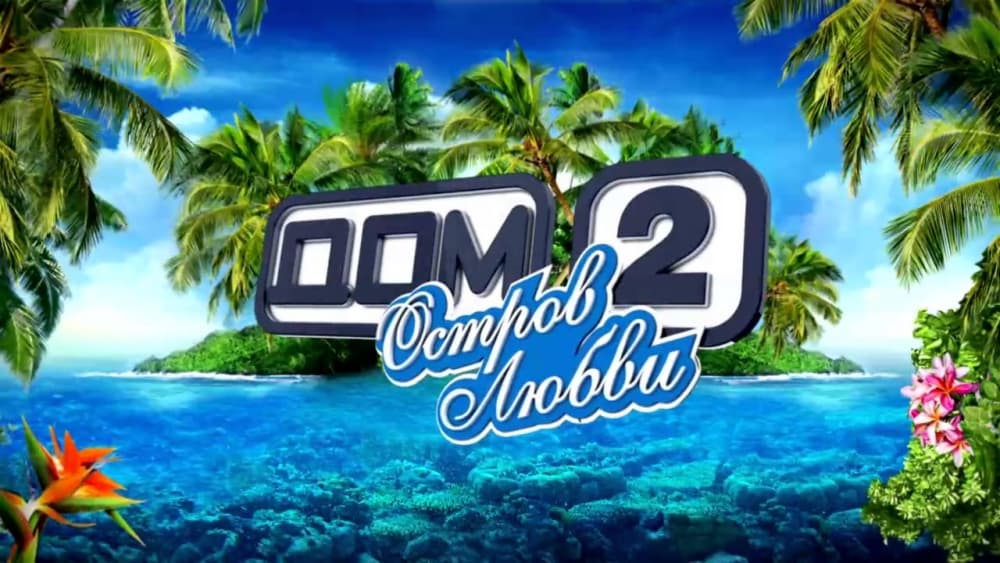 The printed edition, which tells about the off-screen life of the show’s heroes, is produced in fairly large print runs. It is not difficult to calculate the income that Solaris Promo Production, a subsidiary of the Eurasian Pipeline Consortium founded by Karmanov, has. Monthly circulation – 700-750 thousand copies, the average cost of one issue – 59-61 rubles.

Thus, another niche is successfully occupied. It is not known for certain what the fees are for using the members’ photos on the cover. Probably, at present, the payment is expressed in an unnatural form – fame, fame. And at the same time, this segment of the market brings the owner at least 45 million rubles. 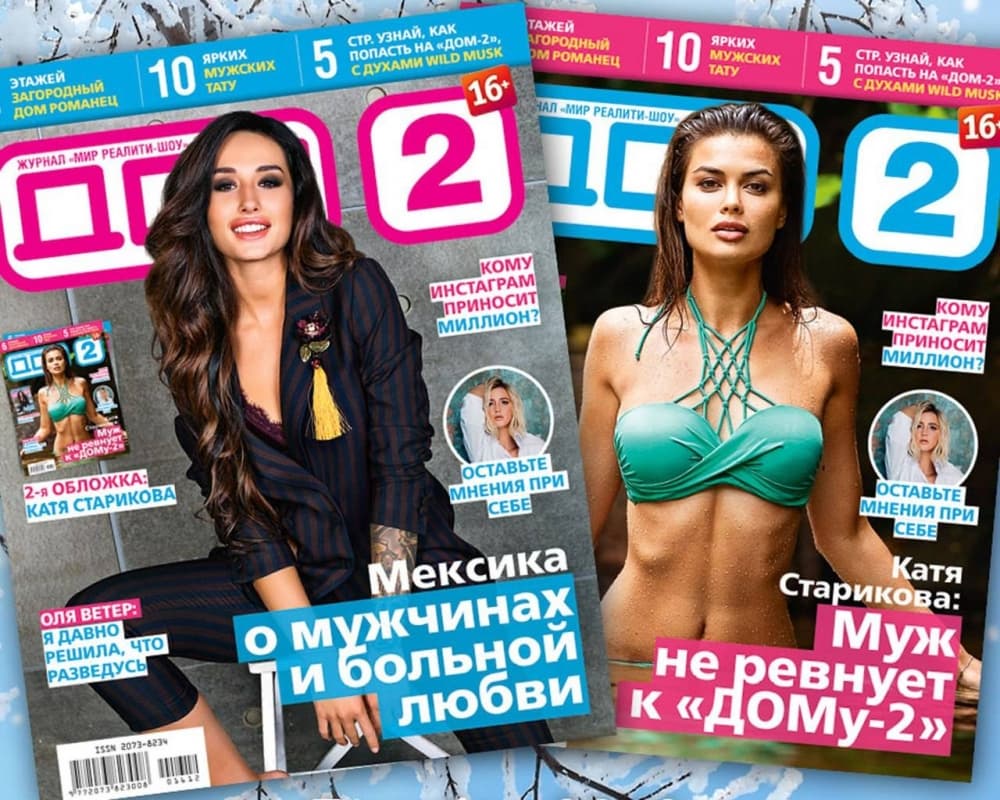 Since 2017, the producers have removed the logins/passwords of the participants from their Instagram accounts. This was done with the aim of professionally establishing a sales channel in the Internet space. Of course, certain amounts are paid to participants. However, some say that the cost of a post for the customer and the hero of the project differs by almost 4-5 times.

Also, the participants were forbidden to develop their own business in parallel with being under the cameras. Apparently, this is due to the fact that Karmanov does not want the guys to earn personal money on the popularity of the project itself.

Earnings of participants and presenters

Dom-2 as a business is very profitable, so the participants strive to use the opportunity to the maximum. Previously, the guys were paid for advertising, but since 2017, Ksenia Borodina announced that there would no longer be payments for demonstrating third-party products. It is not known what caused such a change, but there is an assumption that the owner decided in this way to shake up the lazy youth. Now the participants will build a house, work in the production of cinder blocks and receive a salary. The amounts were not specified in the media.

The earnings of the presenters of the highest-grossing domestic TV show are quite high. According to RBC, Ksenia Sobchak, in terms of Russian rubles at the dollar rate in 2012, received 3 million rubles a month. Currently, Ksenia Borodina receives a little over 2 million rubles.

Interesting! Olga Buzova’s pay is much lower, but her annual income is so high that she probably regards this position as a hobby rather than her main job.

Analyzing the history of the transfer, the policy of the owner, the stories of the participants themselves, we can make an unambiguous conclusion – Dom-2 brings considerable income not only to Solaris Promo Production, but also to everyone who is directly involved in the creation and promotion of the project. After many years of the existence of the television set, it became clear that it was the endless criticism that brought her the main popularity. Therefore, neither the project management nor its participants are too eager to “whitewash” the very idea of ​​the TV show and their message to the main audience.