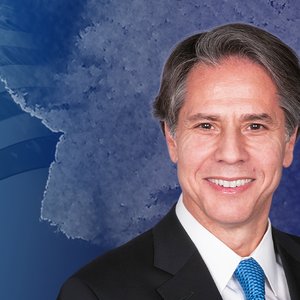 “A weapon for Ukraine is an idea whose time has come.” Portrait of Secretary of State and Biden Hawks

Place of Birth. Education. Born in Chicago (Illinois, USA). She graduated from Wellesley College and Yale Law School. Doctor of law. At the university, Hillary met Bill Clinton, whom they married in 1975.

Career. Prior to her marriage, she worked for the Children's Defense Fund and for the House Judiciary Committee. Then she moved to Arkansas, where Bill Clinton began his political career.

She has taught at the University of Arkansas School of Law since 1975 and has been with the Rose Law Firm since 1976.

In 1977, President Jimmy Carter appointed Hillary to the board of the Legal Services Corporation, which she later chaired.

In 1979, Bill Clinton was elected governor of Arkansas. As the first lady of the state for many years, Clinton was actively involved in public life (in the areas of education, health care and advocacy for children's rights).

First lady. Clinton was one of the most influential White House hosts in US history. Having become the first lady of the country after Clinton's victory in the 1992 presidential election, Hillary, at the request of her husband, in 1993 headed the operational committee on health care reform. A year later, after the failure of the reform, she resigned.

In 1998, during the high-profile scandal surrounding Bill Clinton's relationship with White House intern Monica Lewinsky, which almost ended in the president's impeachment, Hillary supported her husband and did not want a divorce.

Big politics. In 2000, Clinton was elected as a senator in the state of New York. She won re-election to the Senate in November 2006.

After the official start of the presidential race in the fall of 2007, Hillary was considered one of the favorites and enjoyed significant support from Democratic voters. The situation soon changed when many voters suspected the Clintons and the entire US system of nepotism and the dubious dominance of a narrow circle of big business. As a result, the Iowa caucuses on January 3, 2008 revealed the desire of voters to see change and new faces in politics. Barack Obama received the most votes. For some time, Hillary continued the race, but soon she abandoned the inner-party struggle and announced her support for Obama's candidacy.

After winning the 2008 election, Obama offered Hillary the post of US Secretary of State. On January 21, 2009, her candidacy was approved by the Senate.

On April 12, 2015, Clinton announced her candidacy for the Democratic presidential nomination.

On November 8, 2016, Clinton lost the presidential election to Republican candidate Donald Trump, who won 306 electoral votes to 232 in favor Hillary Clinton. As a result of voting electoral college On December 19, 2016, 304 electoral votes were confirmed for Trump and 227 for Clinton.. However, Clinton beat Trump by almost 2.9 million votes, with 65.84 million to 62.98 million.

Books. On September 12, 2017, Hillary Clinton's book "What happened, dedicated to her participation in the presidential race.