Aliana Gobozova became famous for her participation in the reality show Dom-2. But even before this project, the girl worked in the modeling business, and today she is actively engaged in advertising cocktails for weight loss and tries herself as a host of holidays.

Representatives of the fair sex have learned to earn decent money in the modern interactive world. The successful business of Aliana Gobozova as one of the many examples. Having an attractive appearance and experience on the model podium, the young woman was able to monetize the gift of nature, securing a place for herself in the advertising and network business.

Aliana Gobozova, aka Ustinenko, was born in the city of Volgograd on December 31, 1993. The girl’s family was nationally mixed. Mother is Russian and father is Armenian. Parents lived in a joint marriage until 2009. At the time of the divorce, the girl was 16 years old.

Aliana from childhood dreamed of becoming an actress or a singer. At the same time, she did not refuse to attend the rhythmic gymnastics school and the classical wrestling section. In addition to physical activity, the 8-year-old girl developed vocal abilities and was fond of performing hip-hop. To expand her musical talent, Aliana learned to play the piano.

While still studying at school, she often heard compliments about her excellent external data. This prompted Ustinenko to try his hand at modeling school. Immediately after graduating from grade 11, at the age of 16, the future star of “House-2” entered Volgograd University in absentia at the Faculty of Law.

At the same time, without delay, the student signed a contract with the Italian school of model art and left for Milan. For almost 3 years, the girl earned in the modeling business, until she was invited to the Dom-2 project. 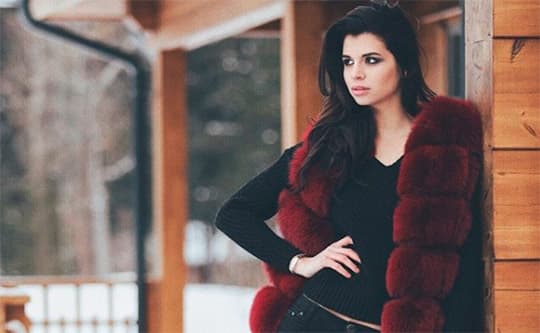 First attempts at own business

When Aliana became a member of the reality show project, her popularity began to grow. This prompted the idea of ​​creating an interactive store selling women’s and children’s fashion items based on a social network. Having found a company to create and optimize websites, the business woman ordered an online store for herself.

At the same time, she linked the resource to her already promoted accounts. The project was named “Show room AG Desire”. But the number of incoming orders and sales did not quite correspond to the planned volumes. As a result, the online store was abandoned after six months of operation. The last update of the product in the social group “Vkontakte” dates back to 2014.

Rice. 2. This is how the main page of the group on Vkontakte looks like

According to reliable information, the first contract with the reality show “Dom-2” and participation in various promotional events brought Gobozova about 250,000 rubles a month. And to the spouse – 150,000 rubles. As the viewers of the “construction of love” know, Aliana and her husband left the project for a year.

Soon the family was again invited to Dom-2. By this time, the couple was seriously engaged in network marketing. The partnership contract was concluded with NL International, a distributor of Energy Diet cocktails based on dietary supplements.

Business in the topic: How to sell weight loss products online.

In June 2017, Aliana Gobozova made a dry statement about her divorce from her husband, Alexander Gobozov. The girl did not want to open the true reasons for the breakup. Many fans were sure of the involvement of Olga Vasilievna’s mother-in-law, who was initially against her daughter-in-law and did not support her son’s choice.

The apartment won by Aliana in the “Person of the Year” contest at Dom-2 was left by the ex-husband to his wife. The car that the network company gave them, he also decided not to share. At the same time, referring to the fact that NL International promised to give the family a new car, which he would take for himself. Partnership obligations were divided equally, and each began to independently search for new distributors of cocktails.

Gobozova’s business in this period

A former participant in the Dom-2 television project, she found the main source of income in the media field. With modeling experience, Aliana successfully maintains her Instagram account. Advertising contracts allow her to earn up to 400-500 thousand rubles a month. To this it is worth adding a partner place in the network company NL International.

During this period, Aliana seriously moved up the career ladder in a company distributing fat-burning cocktails. She is no longer a simple distributor. Success is related to the number of new product distributors attracted. The girl regularly publishes posts on social networks in which she invites new partners to cooperate.

According to the former mother-in-law Olga Vasilievna, it is simply unprofitable to completely devote herself to network marketing to a graduate of the Dom-2 television project. The main income comes from the media. It is more interesting for people to follow the life of Gobozova on a social network, from which the number of views is growing. The more views on the page, the higher the income of a young mother and business woman from advertising investors. In this period, 1.2 million people have subscribed to Gobozova’s Instagram. 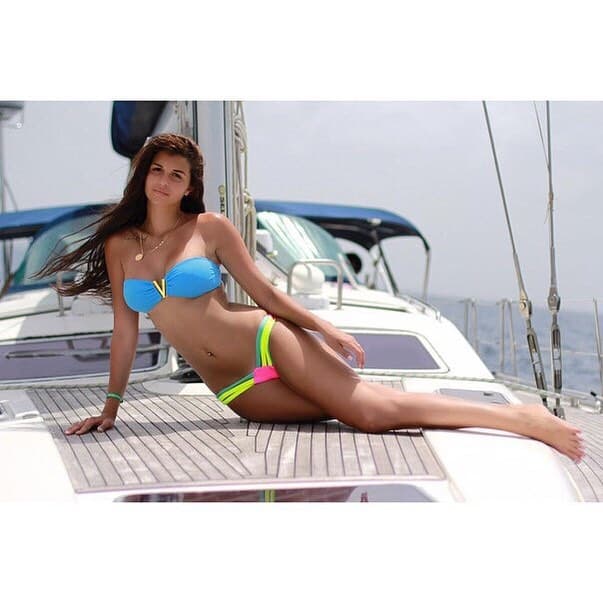 For one advertising post, Aliana asks for 15,000 rubles. Another earning project that is being developed by the model is activity as an entertainer, in fact, a business for holding holidays.

The former spouse makes good money on this and is ready to hold a 5-hour event for 90,000 rubles. Although a year earlier, prices were twice as low. Aliana has less experience than Alexander, but she agrees to host various events for 5-10 thousand rubles per hour. And the former model also records targeted videos with congratulations, which cost from 3-5 thousand rubles. Aliana Gobozova has such a business.

In 2014, the model wrote the song “Love is like a moth”. The event is connected with the first divorce. We offer you to evaluate Aliana’s vocal skills by watching her video.