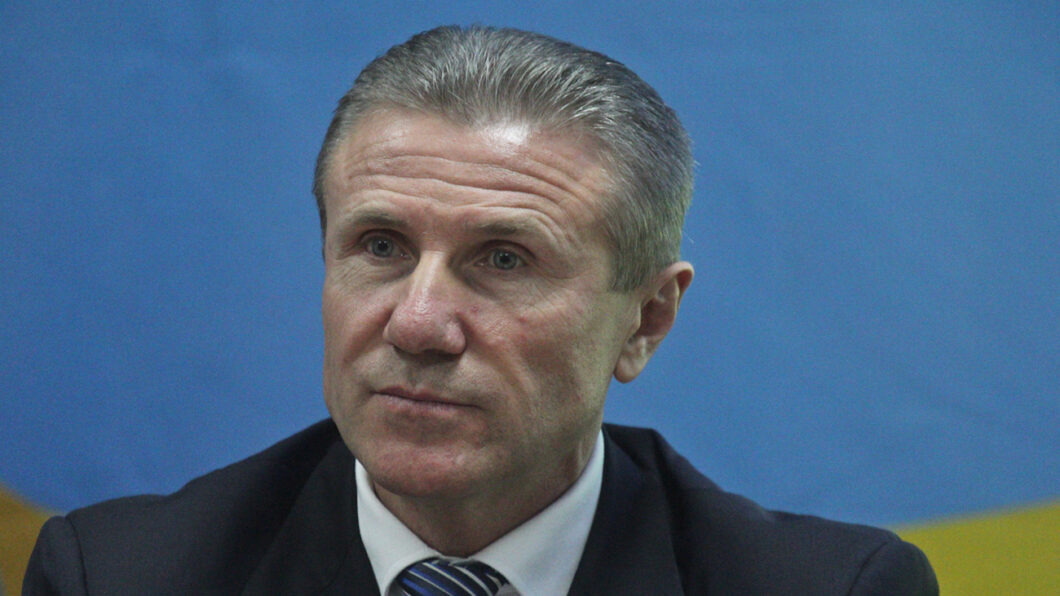 Place of Birth. Education. Born in Lugansk. In 1987 he graduated from the Kiev State Institute of Physical Culture. In 2002 he became a candidate of pedagogical sciences.

Sports achivments. Sergei Bubka is a legendary track and field athlete (pole vault). In 1983 he became an honored master of sports. From 1983 to 1997 six times won the title of world champion. Winner of the World and European Cups (1985), European champion (1986). In 1988 he became the champion of the XXIV Olympic Games in Seoul. Repeatedly became the owner of the Grand Prix of the International Association of Athletics Federations (IAAF).

During his sports career he set 35 world records. In 1984, he set his first world record at a competition in Bratislava, taking a height of 5 m 85 cm. He was the first in the history of athletics to overcome a height of 6 m (July 13, 1985 in Paris).

In 1997, in the rating of the newspaper “Ekip” (France), he was recognized as the “champion of champions”.

In 2001, Sergei Bubka was awarded the title of Hero of Ukraine.

In 2003, he became the winner of the nationwide campaign “Stars of Ukraine” and was recognized as a UNESCO champion in sports.

Included in the Guinness Book of Records for the largest number of world achievements in athletics. Three times recognized as the best athlete in the world.

In June 2005, at the XVIII Extraordinary General Assembly of the National Olympic Committee (NOC), he was elected president of the committee. He replaced Viktor Yanukovych in this post. In November 2006, he was re-elected President of the NOC for 2006-2010. On October 7, 2010, he was re-elected until 2014. He was the only candidate in the elections and received the votes of all 107 registered members of the NOC by secret ballot.

The champion is the president and founder of the Sergei Bubka Club. Since 1990, under his leadership, annual international competitions among the strongest athletes in the world in pole vaulting “Pole Stars” have been held.

In August 2015, he was elected First Vice President of the International Association of Athletics Federations at the IAAF Congress in Beijing, China.

Champion politician. From 2002 to 2006 he was a People’s Deputy of Ukraine. He entered the parliament under the 12th number of the electoral list “For a United Ukraine!”, which received the “blessing” of the then President Leonid Kuchma. After two months in the United Ukraine faction, Serhiy Bubka moved to the Party of Regions faction. Worked in the Verkhovna Rada Committee on Youth Policy, Physical Culture, Sports and Tourism.

From April 2010 to 2014 – freelance adviser to the President of Ukraine Viktor Yanukovych.

Champion Entrepreneur. For several years now, Sergei Bubka has been not only a famous athlete and sports functionary, but also a businessman. The Great Jumper was one of the key owners of Rodovid Bank, one of the largest banks in Ukraine (he was also its president). In July 2009, as a result of the financial crisis, Rodovid Bank was nationalized.

In the spring of 2007, Focus magazine estimated the wealth of the NOC president at $350 million, putting him in 56th place in the ranking of the richest Ukrainians. A year later, the same publication estimated the assets of Sergei Bubka and his older brother Vasily (head of the supervisory board of Rodovid Bank) at $370 million (71st place in the “TOP-130 richest people in Ukraine”).

Views and assessments. According to some experts, Sergei Bubka, despite the fireworks of world records, did not fully reveal all his capabilities. The champion himself said that he did not want to remain in history the hero of one jump, like the American Bob Beamon, who jumped 8 m 90 cm long at the 1968 Olympic Games in Mexico City. And the Ukrainian athlete succeeded in full. At one time, the fifth IOC President Juan Antonio Samaranch called him the most outstanding athlete of our time.