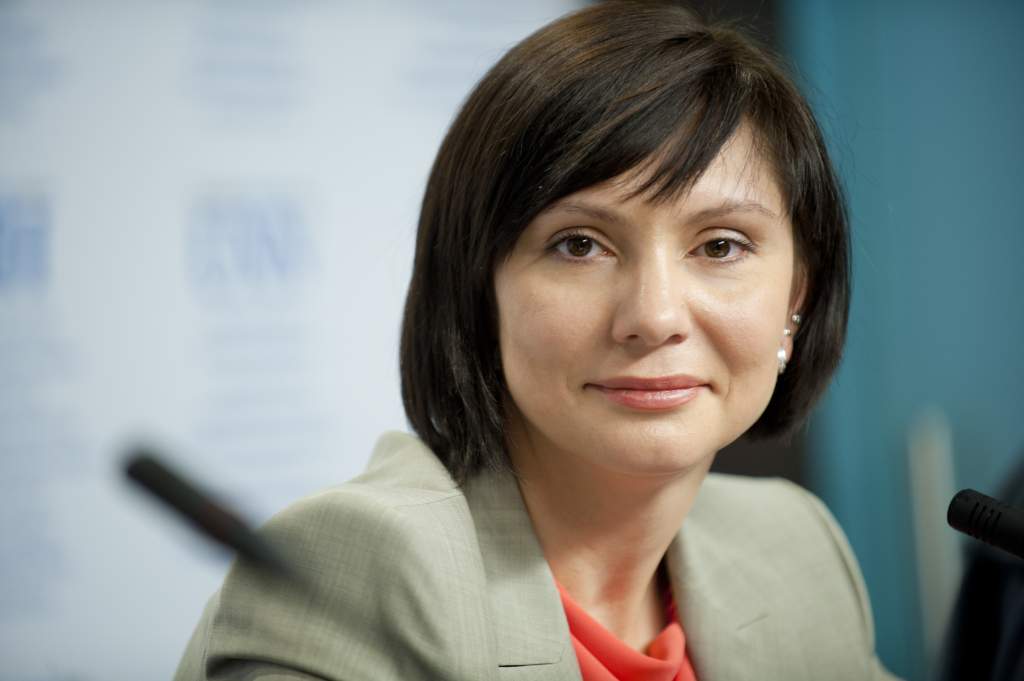 Place of Birth. Education. Born in Makeevka, Donetsk region. In 1991, she entered Donetsk State University, Faculty of History. From the third year she entered the faculty of related and additional specialties, the journalism department. In 1996 she graduated from both faculties. In 2004 she graduated from the Faculty of Administrative Management of the Donetsk State Academy of Management.

Career. Bondarenko’s first job was the regional weekly Donetsk News, a freelance correspondent. In 1995, she moved to the information service of TRK Ukraine.

Since 1997, she has been engaged in political journalism, moving to the regional branch of the Inter TV channel – TRK New Donbass. In 1999, with the advent of his daughter, Bondarenko interrupted his television career, writing articles for the regional newspaper Life.

In 2001, she became the public press secretary of the regional organization of the Green Party. After several months of work in PZU, she is invited to join her team by the chairman of the Donetsk Regional Council, Boris Kolesnikov. First, she works as his assistant, and then heads the press service created in the regional council. Working with Kolesnikov, who in 2003 headed the Donetsk regional branch of the Party of Regions, predetermined Bondarenko’s further political career.

In 2006, in the parliamentary elections, Bondarenko became a people’s deputy on the list of the Party of Regions (No. 125). She worked in the Verkhovna Rada Committee on Freedom of Speech and Information, chaired the advertising subcommittee, then became the first deputy chairman of the committee. She was a member of the temporary investigation commissions of the Verkhovna Rada to investigate the death of Georgy Gongadze and check the facts of corruption, abuse of official position by certain officials of the Ministry of Internal Affairs.

In 2007, during the early parliamentary elections, she headed the communications department of the central election headquarters of the Party of Regions.

2007-2012 – MP from the Party of Regions (No. 145 on the list). She again served on the Committee on Freedom of Speech and Information. Chaired the Subcommittee on Television and Radio Broadcasting.

In May 2011, she was elected president of the Association of Content Rights Holders and Suppliers – a public organization that declared the development of the content and pay TV market in Ukraine, protection of the interests of authors, their intellectual rights, as well as helping to meet the growing demand of content consumers as a program goal.

In May 2012, she was appointed the official speaker of the party.

Since December 2012 – Deputy of the Verkhovna Rada of the VII convocation from the Party of Regions (No. 47 on the list). First Deputy Head of the Parliamentary Committee on Freedom of Speech and Information. She called the adoption of a new version of the law on television and radio broadcasting her main task.

Member of the National Union of Journalists of Ukraine.

On February 20, 2014, during the acute phase of the Euromaidan conflict, an interview with Bondarenko was published on the website of the German publication Spiegel Online. In it, she allegedly called the actions of the police not tough enough. When asked by a journalist that some demonstrators were shot in the head, she allegedly replied that there were no peaceful demonstrators left in the square, only vandals, arsonists and armed extremists remained. On February 25, Bondarenko stated that her words were heavily distorted by the journalist during translation. Spiegel Online journalist Benjamin Bidder commented on this statement on Facebook: Bondarenko repeated several times that the police acted not hard enough (was operating not hard enough), and also that Bondarenko’s assistant read the interview and agreed to its publication.

The Ukrainian media holding (UMH) of Sergey Kurchenko announced the appointment of Elena Bondarenko from September 26, 2014 as the head of the Supervisory Board. In this post, she will replace Yuri Rovensky, who left the UMH in July. According to the requirements of the law, at the same time Bondarenko will resign as a deputy of the Verkhovna Rada.

On April 1, 2015, Olena Bondarenko published a UMH press release announcing that she was leaving the post of head of the Supervisory Board of the Ukrainian Media Holding.

On the early parliamentary elections 2019 ran in 131 majoritarian districts (Nikolaevkskaya area). As a result of the vote, she lost in the districttook fourth place.