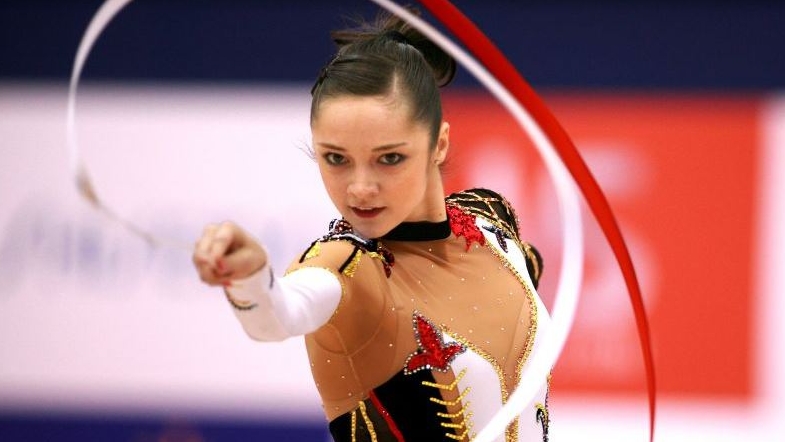 Place of Birth. Education. She was born in Kiev. Graduated from the National University of Physical Education and Sports of Ukraine.

General information. She is one of the best representatives of rhythmic gymnastics.

The first coach is mother Victoria Bessonova. Trained at the rhythmic gymnastics school of Albina Deryugina and Irina Deryugina.

Winner of a bronze medal at the 2004 Olympics in Athens.

Bronze medalist at the XXIX Olympic Games in Beijing 2008. In individual competitions she scored a total of 71.875 points. Gold was won by Russian Yevgenia Kanaeva (75,500), and silver – Inna Zhukova from Belarus (71,925).

In 2010, the Deriugina Cup took place, at which Anna Bessonova said goodbye to sports. Anna presented a farewell show to the song “Je suis malade” by Lara Fabian.

After completing her career as a professional gymnast, she remained working as a coach at the Deryugins School.

After completing her career in sports, television became one of the activities of Anna Bessonova. During Euro 2012 she tried herself as a TV presenter; worked as a special correspondent for the Football TV channel.

In 2009, Bessonova took part in the Ukrainian television project “I Dance for You”, becoming its winner (paired with Alexander Leshchenko).

For some time she served as the chief editor of “Pink” magazine.

Anna Bessonova is also known as an active promoter of sports and a sports lifestyle among young people. She took part in many charitable projects.

Family bonds. Father – Vladimir Bessonov, a former player of the Dynamo football club (Kiev) and the USSR national team, one of the most famous and titled footballers of the Soviet Union. Mother – Victoria Bessonova, world champion in rhythmic gymnastics group exercises.