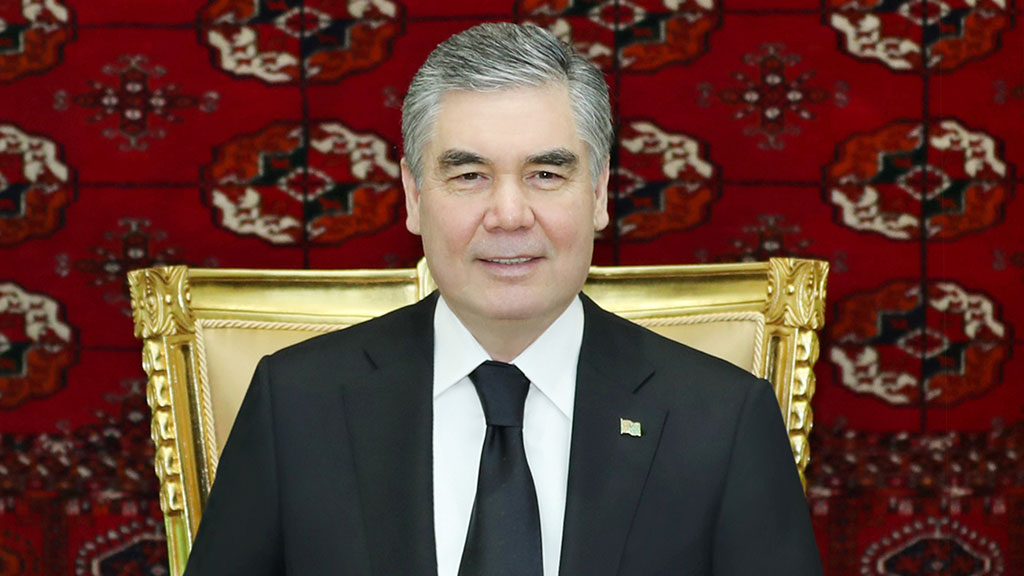 Place of Birth. Education. Born in the village of Babarap, Geok-Tepin district, Ashgabat region, Turkmen SSR. In 1979 he graduated from the Faculty of Dentistry of the Turkmen State Medical Institute. In 1987 he entered the postgraduate course in Moscow, which he graduated in 1990 and received the degree of candidate of medical sciences.

Career. Since 1979 he worked as a dentist in Ashgabat. 1990-1995 He served as an assistant at the Department of Therapeutic Dentistry, Associate Professor and Dean of the Faculty of Dentistry of the Turkmen State Medical Institute.

In July 2003, Berdymukhammedov headed the state commission for admission to higher educational institutions, which it became possible to enter only after two years of work in the chosen specialty, and not immediately after leaving school. Four months later, Berdymukhammedov received a reprimand from the president for the low level of qualifications of Turkmen doctors, but retained his post. In April 2004, Niyazov fined Berdymukhammedov equal to his three-month salary for about half of Turkmenistan’s wage arrears in education and health. According to some reports, Berdymukhammedov was at one time Niyazov’s personal physician.

On November 28, 2006, instead of Niyazov, Berdymukhammedov took part in a meeting of the Council of CIS Heads of State. On the night of December 20-21, 2006, Niyazov died of sudden cardiac arrest. On December 21, 2006, Berdymukhammedov became the interim president of Turkmenistan.

On February 11, 2007, Berdymukhammedov was elected President of Turkmenistan.

On February 12, 2012, Gurbanguly Berdimuhamedov won an absolute majority of votes (97.14%) in the presidential elections and was recognized as the elected president of Turkmenistan.

Views and ratings. Berdymukhammedov lifted a number of restrictions imposed by Niyazov. Thus, the ban on foreign periodicals, opera and circus was lifted. In addition, the new president opened Internet access for the population. Immediately after taking office, he carried out an educational reform, returning the school decade and replacing traditional dresses for girls with a modern European-style uniform. In addition, Berdymukhammedov fought against the personality cult of Turkmenbashi: Niyazov’s name in the text of the oath and in the anthem was replaced with the word “president.”

On July 1, 2008, Turkmenistan returned to the Gregorian calendar.

Berdymukhammedov’s economic policy of that time was characterized by a desire to get closer to the West. In October 2007, Turkmenistan, together with Georgia, refused to sign the CIS Development Concept, which assumed the formation of an “integrated economic and political association of interested states.” Berdymukhammedov supported the idea of ​​a Trans-Caspian gas pipeline, which would allow Europe to receive Turkmen gas bypassing Russia. At the same time, a final agreement was reached between Turkmenistan, Kazakhstan and Russia on the start of construction of the Caspian gas pipeline, which should increase the volume of Turkmen gas supplies to the Russian Federation.

On the initiative of Berdymukhammedov, the Constitution was adopted, which abolished the People’s Council, the highest legislative body, and, according to experts, significantly increased the powers of the head of state.

2009 was marked by new reforms. Thus, Berdymukhammedov approved the new military doctrine of Turkmenistan, which maintained its neutral status and provided for the army’s transition to a contract basis.

In 2009, Turkmenistan announced an increase in gas supplies to Iran and the construction of a new Turkmen-Iranian gas pipeline. In addition, Berdymukhammedov announced his country’s readiness to participate in the Nabucco gas pipeline project bypassing Russia.

In 2013, housing privatization was allowed.

In the 2013/14 academic year, schools transitioned to a 12-year education system. Since 2015, in addition to Russian and English, schools have introduced the teaching of Chinese and Japanese in a number of schools and universities in Turkmenistan.

Regalia… He was awarded many orders and medals, including the Highest Degree Medal named after the National Hero of Afghanistan Gaza Amanullah Khan, as well as the UNESCO Avicenna Gold Medal.

Hobbies. Berdymukhammedov loves hunting, perceives it as “a good reason for an extra encounter with the many-sided nature of Turkmenistan.”

Family bonds. According to some reports, Berdymukhammedov was married twice: his first wife was a Turkmen, the second was Russian. He has one son, three daughters and four grandchildren.