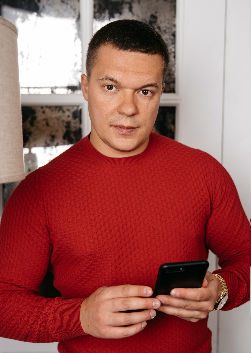 Andrey Alexandrovich Andreev is a Russian public figure, lawyer, lawyer and human rights activist. Managing partner of the United Partners law office. He is the founder and head of the International Center for the Development of Youth Initiatives “Generation of Law”. For several years he has been a member of the Council for Youth Affairs under the Patriarch of Moscow and All Russia. He has a wide legal practice, acts as an expert in the media. Much attention is paid to the protection of the rights of young people, increasing the legal and digital literacy of the population.

On the photo: Andreev Andrey Aleksandrovich

The future lawyer was born in an ordinary Russian family of the 90s. His father worked as an auto mechanic, his mother was a school teacher. It is noteworthy that his great-grandfather Kesar Fedorovich Andreev was awarded the title of Hero of the Soviet Union. A. Surkov’s poem “The Ballad of the Political Officer” is dedicated to him.

As a child, he was engaged in hand-to-hand combat. At a young age, he chose to study in the cadet corps. He received his higher education at the Faculty of Law of the Moscow University of the Ministry of Internal Affairs of Russia.

Founder and Chairman of the International Center for the Development of Youth Initiatives “Generation of Law”. Since 2019, the center has been dealing with the problems of youth in Russia and the countries of the Eurasian Economic Union (EAEU). As part of this activity, joint initiatives are being implemented with deputies of the State Duma, members of the Public Chamber, the Presidential Council for Human Rights and experts.

One of the projects is dedicated to strengthening state assistance in youth employment. It was even proposed to introduce the parameter of youth employment in the KPI of each governor, developed by the government.

In order to expand employment opportunities for students, university graduates, young professionals, he proposed creating a single online platform – the EAEU Youth Employment Bureau. In 2019, the Center studied the development of business incubators, presented solutions to improve their work.

Actively fights for the observance of the rights of children and young people online. Calls to secure the Internet from criminal movements, socially dangerous bloggers, scammers.

Also does charity work. Supports the football team of the orphanage “Neposedy” from the city of Balashikha.