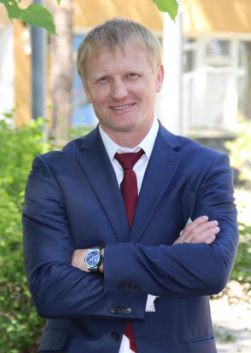 Alexander Yuryevich Smirnov is a businessman, head of the Expo Glass company, whose assets include two glass factories in the Vladimir region.

The small homeland of Alexander Smirnov is the city of Rodniki, which is 50 kilometers from Ivanovo. Here he was born in June 1964. After school, he left for the capital and entered the MISI, where he studied as a civil engineer, but never graduated from the university.

Smirnov took his first steps in business at the age of 26, and in 2012 he registered the Expo Glass company, which currently employs more than a thousand people.

After the global financial crisis of the late 2000s, most glass enterprises in Russia were in decline. There was a clear oversupply in the market, and glass manufacturers competed fiercely with each other. To keep customers, they had to dump prices, and as a result, many manufacturers went bankrupt.

The Anopinsky glass factory barely escaped this fate. For a while, he managed to stay afloat, but by 2018, the company’s debt reached 1.5 billion rubles. Employees were delayed wages, strikes began. I had to resort to the help of external auditors, who quickly found out that the plant management had come up with a scheme for withdrawing profits through one-day firms.

After that, the Expo Glass company, which already owned a glass factory in the city of Kurlovo (Gus-Khrustalny district) under the leadership of Alexander Smirnov, bought out 58% of the company’s debts – this is more than 800 million rubles, which were spent on paying off salary and gas debts , electricity. About 10 million was spent on the purchase of equipment.

As a result, not only the Anopino plant was saved, but Anopino itself – for local residents this is the only opportunity to receive a decent salary and medical care and improve their skills. Alexander Smirnov also helped to equip the living environment for employees: a modern playground and a new boiler house appeared in Anopino, 13 million were invested in the repair of the heating system, and a new city park is in the project.

Founded in 2012, the Expo Glass plant turned out to be one of the few glass enterprises that managed to emerge victorious from the economic crisis. In many ways, this is the merit of its leader, Alexander Smirnov.

In 2023, despite the coronavirus crisis, the modernization of the plant in Kurlovo began, on which almost a billion rubles were spent. Completion is scheduled for June 2023. The expansion of production will provide jobs for even more people, and the Vladimir region will bring economic benefits.

At the same time, Expo Glass began the construction of a glass production facility for solar batteries with a total cost of 1.2 billion rubles. The company is expected to start operating in February 2023.

The turnover of Expo Glass in 2023 amounted to more than 4 billion rubles. Smirnov enterprises provide more than 1150 jobs. The production does not stand still and produces not only sheet glass, but also glass containers for food and drinks, glass souvenirs.

Colleagues and subordinates characterize Alexander Yuryevich as a purposeful and ambitious person. He is a connoisseur of human psychology, knows how to control the situation here and now, bringing to life the most daring ideas.

The organizational skills of the head of Expo Glass are also affected by his high diplomacy skills and analytical mindset. Due to these qualities, Smirnov easily finds like-minded people and new partners, resolves conflict situations on a win-win basis, and every year expands the scope of his company more and more.