In the gaming industry, billions are spinning and settling in very real pockets. And the time of the pandemic for developers and owners of large studios has become a gold mine. For 5 years, the wealth of the richest gaming businessmen has grown by $0.5-43.7 billion. And over the past year, the list has been replenished with at least 8 new names, among which three are the Russians, the Bukhman brothers, and the Belarusian Viktor Kisly.

Sales of video gaming on the Russian market in April 2023 in monetary terms increased by 2.3 times compared to last year, Shokurov from AliExpress told TASS. According to Yandex.Money, the average monthly check for the games themselves increased by 22%, and for purchases of in-game content – by 23%. A similar picture is observed in the markets of other countries – the growth in the number of registrations worldwide for various online shooters ranged from 20.1 to 230%. The statistics are not surprising – during the mass transition to self-isolation, people spend more money on online entertainment, it remains only to find out whose wallets have become thicker.

Leading figures of the industry

Forbes in 2015 published a selection of businessmen who made billions in games. In 4.5 years, only three of them lost income.

If you follow the logic of Forbes, the list can safely include Jeff Bezos from Amazon and Mark Zuckerburg from Facebook, and Bill Gates as the founder of Xbox. All of them are directly related to the gaming industry, but the fortunes are still built on online trading, social networks and software, respectively.

We are interested in new faces who not only made it to the global ranking, increased their wealth in 2023, but can also claim honorable places in the top ten.

Reference! The list was compiled using Forbes.com materials, in real time as of July 2023. According to WOTHAB, at the end of 2019, 39.65 million users were registered on the Russian World of Tanks game server alone, and a total of 36.11 million more were registered on the European, Asian and American servers, and this does not include players on consoles and applications. Every day the team is replenished with new 250-300 gamers.

In June 2014, the world record was broken – at 23:00, 1.1 million people simultaneously participated in tank battles. “This is a record,” Viktor Kisly, the developer of the famous arcade simulator, said then in an interview with Vedomosti.

At that moment, a native Minsker, a graduate of the Faculty of Physics of the Belarusian State University did not yet know that on March 1, 2016, Bloomberg would include him in the list of new billionaires, estimating his fortune at $1 billion, and the cost of his offspring at $1.5 billion. However, in the next publication, Forbes did not mention the name of the Belarusian entrepreneur.

Since then, the programmer has moved to Cyprus, expanded the business by buying and investing in American, European, Chinese, Japanese, Australian IT products and companies. According to various estimates, Wargaming Group was worth $3-4 billion back in 2017, but Kisly’s name is still missing from the Forbes world list. Belarusians are proud of their compatriot and have been included in the rating of the most successful and influential businessmen of the country over the past 6 years.

“I lead a very modest lifestyle and have never tried to put my luck into numbers.”

V. Sour. From an interview with Lenta 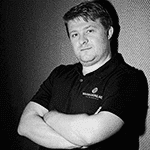 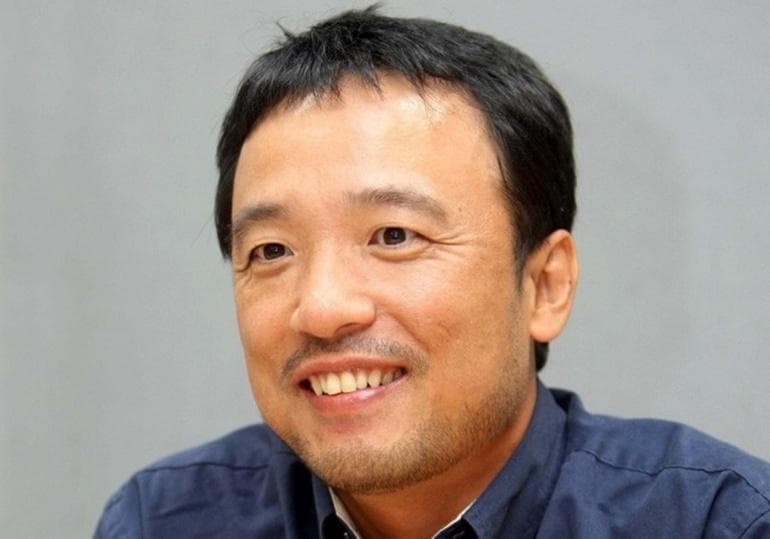 The interactive entertainment network develops and promotes mobile and web games in China. It owns the platforms 37.com and 6711.com.

But it was in 2023 that there was a breakthrough, the size of Li and Zeng’s fortunes is approaching $ 3 billion. 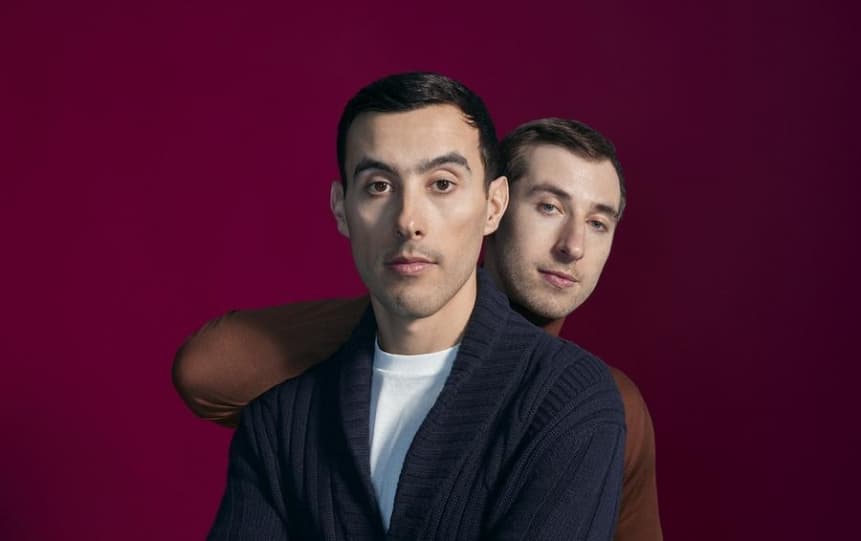 “Secret Russian Billionaires” was the title of an April 2019 article in Bloomberg. The well-known magazine then for the first time included the brothers Dmitry and Igor Bukhmanov in the rating of billionaires, estimating the assets of each at $ 1.4 billion.

The brothers from Vologda entered the programming business world in 2001 with the light hand of Sergei Sverdlov, a teacher at the Vologda State University, where the elder Igor studied at that time, and later Dmitry also entered. They sold the first game for $15 and made $60 in a month. Then the process went on knurled: on the second – $ 200, on the third – $ 300.

“Parents did not understand for a long time what we were doing. I think they hoped that at some point we would go to work, like all the people around. Even when we started earning quite a lot, it still seemed to them that it was temporary – yes, there is some money, but probably there won’t be any left tomorrow ” 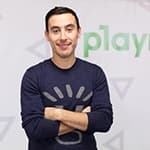 By the time they opened Playrix in 2004, they were earning $10,000 a month and realized it was time to hire employees. The company initially specialized in the release of computer games, but later switched to the development of free-to-play for tablets and smartphones. The main income came from in-app sales. Among the most popular products: Homescapes, Gardenscapes, Fishdom, Township. 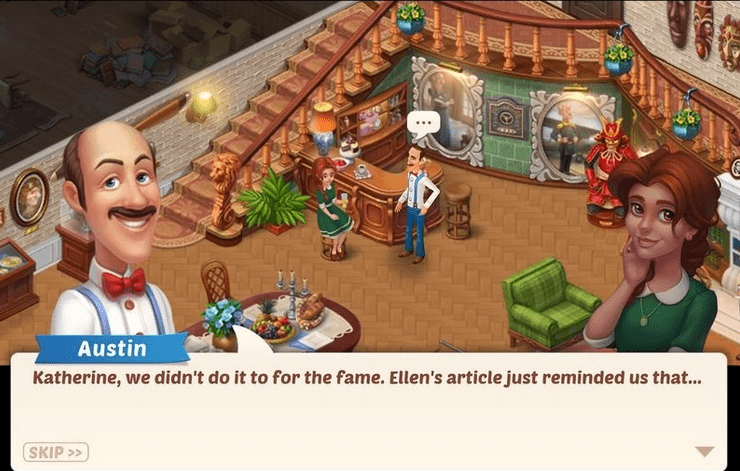 In February 2023, Forbes estimated Bukhman’s business at $7 billion, and the fortune of each of the brothers in July 2023 was $3.1 billion (648th place on the list), Playrix directly generates revenue of $1.7 billion. The company employs 1,100 people, offices are located in Moscow, Vologda, the head office is in Dublin (Ireland), but most of the employees – immigrants from Russia, Ukraine and other CIS countries – work remotely.

“Someone might think that when you have a lot of money, everything becomes different and more interesting. No. This is not for us. We just keep working… We want to grow as big as they are [игровые компании верхнего уровня], using the talent of developers from our region – the former USSR and Eastern Europe” 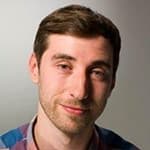 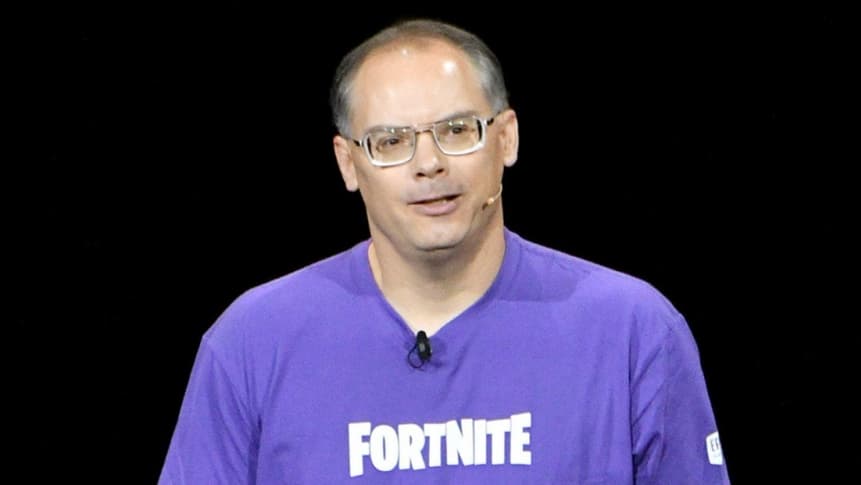 The founder of the Epic Games studio, American Tim Sweeney, became a billionaire thanks to just one game – Fortnite, which has 250 million fans in the world. But the programmer is better known as the developer of the Unreal Engine used by other companies to create most of their products.

Sweeney has such legendary shooters as Unreal Tournament, Infinity Blade, Gears of War.

“Free games have been a big success. Much bigger than we expected. We partnered with developers and paid them for the opportunity to release their creations for free on our store. And that led to a huge influx of new players.” 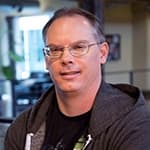 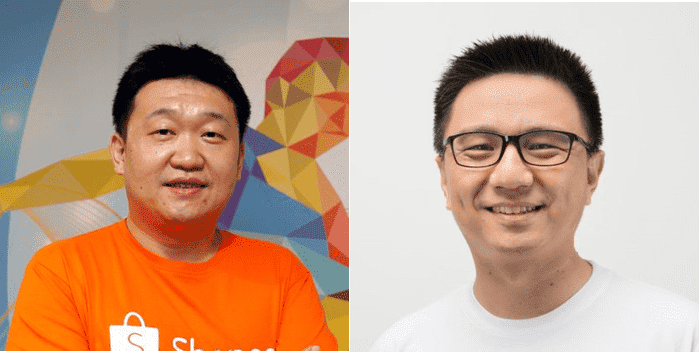 Photo: From right to left Ganges and Forrest

Forrest Li co-founded online gaming company Sea with Gang Ye. There were no big hits until 2018. But when Singaporean businessmen announced record sales of $1 billion, stocks skyrocketed and continued to rise throughout 2019.

Sea owes this breakthrough to the mobile game Royale, which, according to App Annie, was the 4th most downloaded game in Apple and Google.

The dynamics of the state of the owners of Sea is also interesting: in April 2023, Forest’s assets were valued at $1.9 billion, and Chang at $1.2 billion. Today they have $6 and $3.5 billion each, respectively.

Interesting! Previously, Gang worked for the Singapore Economic Development Board and for a large palm oil business.

They are the future

Despite the fact that Asian billionaires continue to hold the palm in the world of games, Russian developers are confidently pushing them forward. 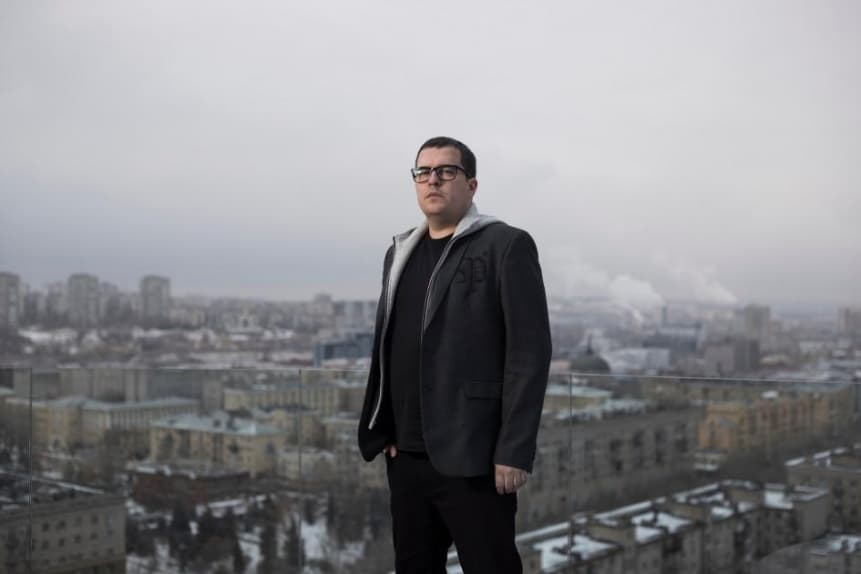 Photo: Andrey Pryakhin – contender for a place in Forbes

And even though only 3 of them were included in the list today, it is impossible not to mention the most influential persons in the CIS in this area – the owners, co-founders and heads of large companies:

It is likely that tomorrow one of these names will appear in the new list, because some of them have long crossed the million mark, for example, the revenue of the Kefir studio, the creator of the famous Tyuryagi, according to RBC, is more than $ 100 million a year, and its founder Andrei Pryakhin is named one of the youngest and most promising millionaires in Russia. And, perhaps, one of them, like Alexander Lyskovsky, director of Alawar Entertainment, decides to earn billions by changing the online farm to a real one.