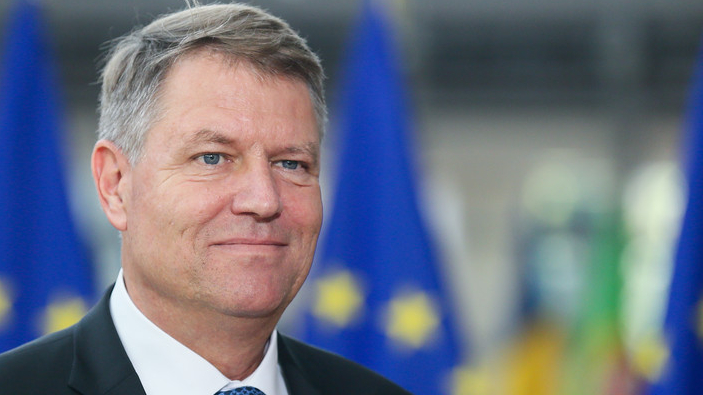 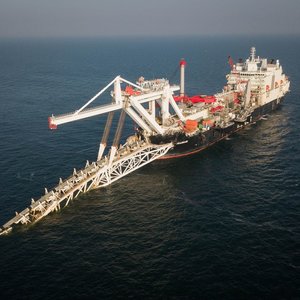 US and Romania declared opposition to Nord Stream 2

Place of Birth. Education. Klaus Johannis was born on June 13, 1959, the eldest child of Susanna and Gustav Heinz Johannis, a Transylvanian Saxon family. Subsequently, in 1992, his parents moved to the German Würzburg and received German citizenship, using the right of return.

In 1979, Klaus Iohannis entered the Faculty of Physics at the University of Babes-Bolyai in Cluj-Napoca, after passing the entrance exams, he was sent to Timisoara for 9 months for military service.

Career. After graduating from university from 1983 to 1989 he worked as a teacher in several schools in Sibiu. From 1989-1997 he taught at Liceul Brukenthal Sibiu, the oldest German-speaking school in Romania.

From 1997 to 1999 he was Deputy Chief School Inspector in Sibiu County.

Political career. In 1990 he became a member of the Democratic Forum of Germans in Romania (FDGR). In the structures of the party representing the German minority in Romania, he held various positions, in 2001 he was its chairman, leading it until 2013.

In 2000, the Democratic Forum of Germans in Romania proposed Iohannis for the post of mayor of Sibiu. June 30, 2000 Iohannis was elected mayor of Sibiu. Despite the fact that the German minority made up 1.6% of the population in the city, Klaus unexpectedly won with a result of 69.18% of the vote. And then was re-elected three times as mayor of Sibiu with one of the largest levels of support in the country. In the 2004 elections, he received 88.7% of the vote, in the 2008 elections - 83.2% of the vote. In 2012, he was elected to this position for the fourth time in a row (77.9% of the vote).

On October 13, 2009, following a vote of no confidence in the minority government of Emil Bock by the parliament, the National Liberal Party (NLP) announced that Iohannis could be considered as prime minister of the new interim government.

On February 20, 2013, Klaus Iohannis joined the National Liberal Party (NLP). In the same year, at an extraordinary congress of the NLP, he was elected the first vice-president of the party. At the June 28, 2014 meeting, Iohannis was elected PNL President with 95% of the vote.

In the summer of 2014, the National Liberal Party and the Democratic Liberal Party formed the Christian Liberal Alliance, which nominated Klaus Iohannis for the country's presidency in the 2014 elections. During the presidential campaign, Iohannis focused on fighting corruption and improving the justice system. According to the results of the first round of voting, which took place on November 2, 2014, Iohannis took second place with 30.37% of the vote and advanced to the second round. In the second round of voting on November 16, 2014, 54.53% of voters who came to the polls cast their votes for Iohannis.

Yohannis was inaugurated on December 21, 2014 at a meeting of the Senate and the Chamber of Deputies. After taking office, Iohannis suspended his membership in the National Liberal Party - the Romanian constitution does not allow the president to be a member of a political party.

The first year of Iohannis's presidency was marked by a sharp controversy with the country's prime minister, Victor Ponta. In connection with the criminal investigation of Ponta's corrupt activities, the president called on the latter to resign. As a result, the Ponta government resigned, but this happened after mass protests caused by a fire in a nightclub in Bucharest.

Personal life. Klaus Iohannis is fluent in Romanian, German and English. Since 1989, he has been married to Carmen Iohannis (née Lazurca), born in 1960, who is an English teacher at the George Lazar National College in Sibiu. The couple has no children.