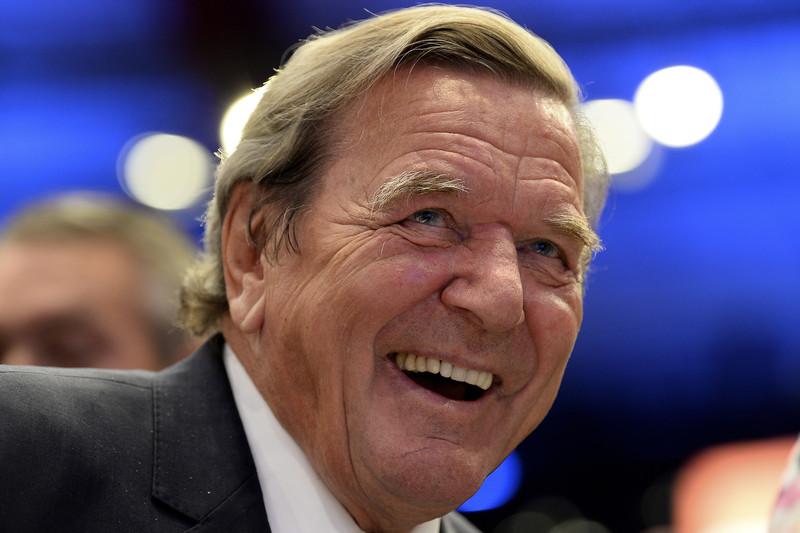 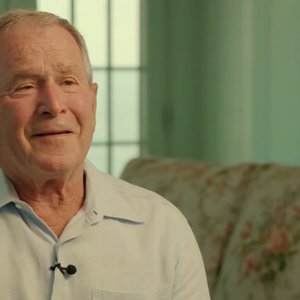 Gerhard Fritz Kurt Schroeder (German Gerhard Fritz Kurt Schröder) - German politician, leader of the SPD (former party chairman), Federal Chancellor of Germany from October 27, 1998 to November 22, 2005. In 2005, he initiated a vote of confidence (loser), and then early elections to the Bundestag, which also lost. Chairman of the Shareholders' Committee of Nord Stream AG, Member of the Management Board of Gazprom; personal friend of Putin. Chairman of the Board of Directors of PJSC NK Rosneft since September 29, 2017.

Place of Birth. Education. Gerhard Schroeder was born on April 7, 1944 into a poor Protestant family in the village of Mosenberg (North Rhine-Westphalia). The Schroeder family had two sons, they were raised by a mother who worked on a farm. Schroeder's father was drafted into the Wehrmacht in 1940. At the end of 1943 he went on a short vacation, and in mid-1944 he received a letter from his wife Erica about the birth of their son Gerhard. October 4, 1944 Fritz Schroeder died. Gerhard Schroeder has never seen his father in his life, but he always keeps his photograph in military uniform on his desktop. August 12, 2004 Gerhard Schroeder visited Romania, where he first visited the grave of his father, which is located in the small village of Ceanu Mare (Transylvania).

When Gerhard was 14 years old, he was forced to leave school and go to work as a junior salesman. He later entered the law faculty of the University of Göttingen and graduated in 1976. After graduating from university, Schroeder worked as a lawyer, from 1978 to 1990 he had a private law practice in Hannover.

Political career. Since 1963, Schroeder has been an activist in the Social Democratic Party of Germany (SPD). In 1978 he was elected leader of the youth section of the SPD. And in 1980 he was first elected to the Bundestag, the lower house of the German parliament. At first, Schroeder collaborated with the ultra-left wing of the SPD, but gradually his political views became more moderate. During the 1990s, he became more positive about the business environment. He was a member of the Supervisory Board of Volkswagen.

In 1986, Schröder was leader of the SPD faction in the Lower Saxon parliament. Then he began to work in the main structure of the SPD party. When the SPD entered into a coalition with the Green Party in 1990, Gerhard Schröder became Prime Minister of Lower Saxony and remained in this position until 1998.

In April 2000, the SPD nominated Schröder as Chancellor of Germany. The SPD won the elections on September 27, 2000, effectively ending the political career of Helmut Kohl, who had been Chancellor for 16 years.

Led by Schröder (then Prime Minister of Lower Saxony), a coalition of Social Democrats and Greens came to power in October 1998 after 16 years in opposition with promises to modernize the economy, support entrepreneurship and preserve social safety nets. The victory of the Social Democrats was greatly facilitated by the promise to end the rise in unemployment and economic stagnation in the country.

The new leadership had to choose between two concepts for overcoming the crisis - reducing the social support of the population (proposed by liberal economists) or raising taxes for the rich strata of society (leftist social democrats led by Oscar Lafontaine). Schröder chose the first option, which led to a break with La Fontaine, who left the leadership of the SPD. At the same time, Schroeder's attempt to launch a program of curtailing the social rights of citizens led to a rapid drop in popular support for the SPD.

Failing to resolve structural economic problems, Schröder narrowly missed the election on October 22, 2002. Only firm opposition to the American invasion of Iraq and effective relief for flood victims in eastern Germany helped the SPD gain a slight advantage over the CDU.

In March 2003, Schroeder launched a program of structural economic reforms known as "Agenda 2010" (Agenda 2010). It provided for limiting spending on health care, pensions and social security, as well as the liberalization of labor laws in order to stimulate the creation of new jobs. This, however, did not make it possible to overcome economic stagnation, and the number of unemployed in Germany remained at the level of 5 million people, or 12% of the working population.

In 2004, the ranks of the SPD left a large number of left-wing party members. In 2005, together with the former communists of the GDR, they created the Left Party. In 2004, Schröder resigned as chairman of the SPD and was succeeded by Franz Münteferin.

On May 22, 2005, after losing the local elections in North Rhine-Westphalia, Schroeder announced the decision of the SPD to initiate early national elections in September 2005, that is, a year before the expiration of his term.

The Social Democrats have ruled in North Rhine-Westphalia for the past 39 years, but on May 22 they received only 37.1% of the vote here, while the CDU - 44.8%. The defeat deprived Schroeder of the majority in the Bundesrat, since then it has belonged to the CDU/CSU coalition.

Early elections were held on September 18, 2005. Unexpectedly for everyone, the SPD received only 1% fewer votes than the CDU / CSU bloc. The Christian Democrats could not form a parliamentary majority without the Social Democrats, but Angela Merkel's chancellorship became a condition for creating a "grand coalition". Geghard Schroeder announced his retirement from politics.

On August 11, 2017, Gerhard Schroeder was officially nominated for the post of independent director as part of the board of directors of Rosneft. This is stated in the order of the Russian government. He currently holds the position of chairman of the shareholders' committee of Nord Stream AG, which was created to operate the Nord Stream gas pipeline.

Characteristic. Tom Lantos, Chairman of the Foreign Affairs Committee of the US Congress:

"I called him (Schroeder) a political prostitute now that he's taken a lot of money from Putin. However, sex workers in my area protested that I no longer use that phrase."

In 2004, together with Doris Kepf, Schroeder adopted a three-year-old orphan girl from an orphanage in St. Petersburg. The girl's name is Victoria. In 2006, the Schroeder family adopted an orphan boy from the same orphanage. The boy's name is Gregor.