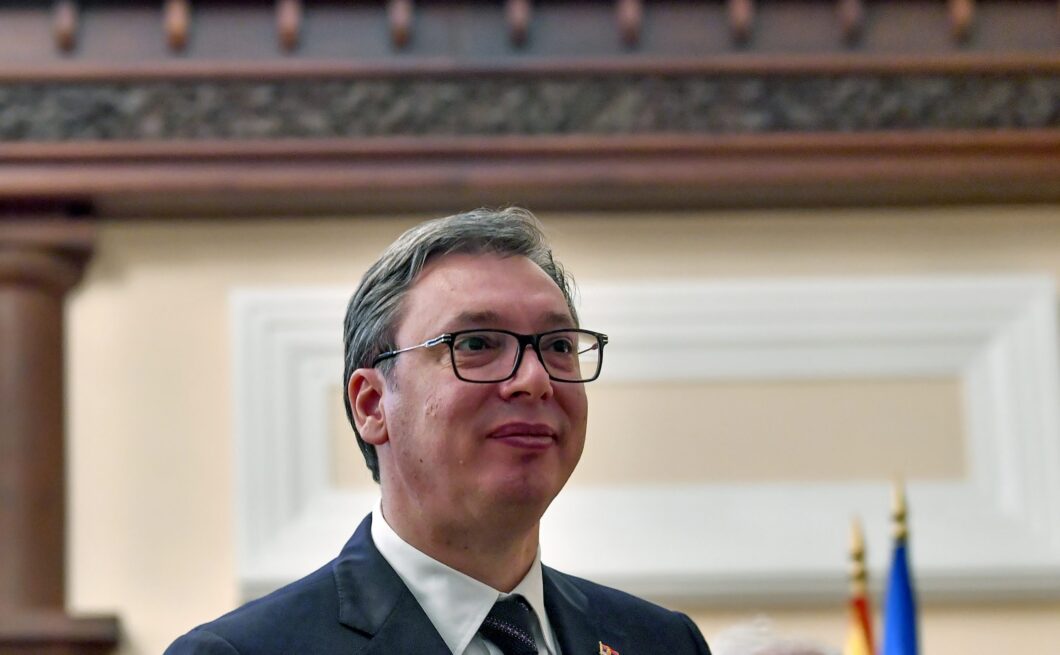 Alexander Vucic (Serb. Aleksandar Vucic) – Serbian politician, Secretary General of the National Security Council. Prime Minister of Serbia (from April 27, 2014 to 2017). Prior to that, he was First Deputy Prime Minister (2012-2014), Minister of Defense (2012-2013) and Minister of Information (1998-2000). Chairman of the Serbian Progressive Party. For fourteen years he was the General Secretary of the Serbian Radical Party. President of Serbia since April 2, 2017

Place of Birth. Education. Born March 5, 1970 in Belgrade, in the family of Angelina and Anjelk Vucic. Mother – Angelina Vučić – worked as a journalist on Serbian Radio Television. Vučić graduated from the Faculty of Law of the University of Belgrade. Worked as a television reporter.

Political career. In 1993, he joined the Serbian Radical Party and was soon elected to the National Assembly of the Republic of Serbia for the first time. In 1995 he was elected to the post of general secretary of the party. From 1996 to 1998 he headed the sports and business center.

During protests against President Slobodan Milosevic, he was a co-author of provisions that imposed fines on anti-government journalists, and initiated the blocking of foreign television. He was then on the list of undesirable persons in the European Union. In 2014, Vučić, who advocates pro-European politics, publicly apologized for his past deeds.

After the 2014 early parliamentary elections, the Progressive Party won 158 out of 250 seats in parliament and formed a ruling coalition with the Socialist Party of Serbia. Vučić was elected Prime Minister of Serbia.

April 2, 2017 won the presidential elections in Serbia in the first round, gaining 55%. Since April 3, 2017, mass protests have been held in Serbia against his election as president. He took office as President of Serbia on May 31, 2017.