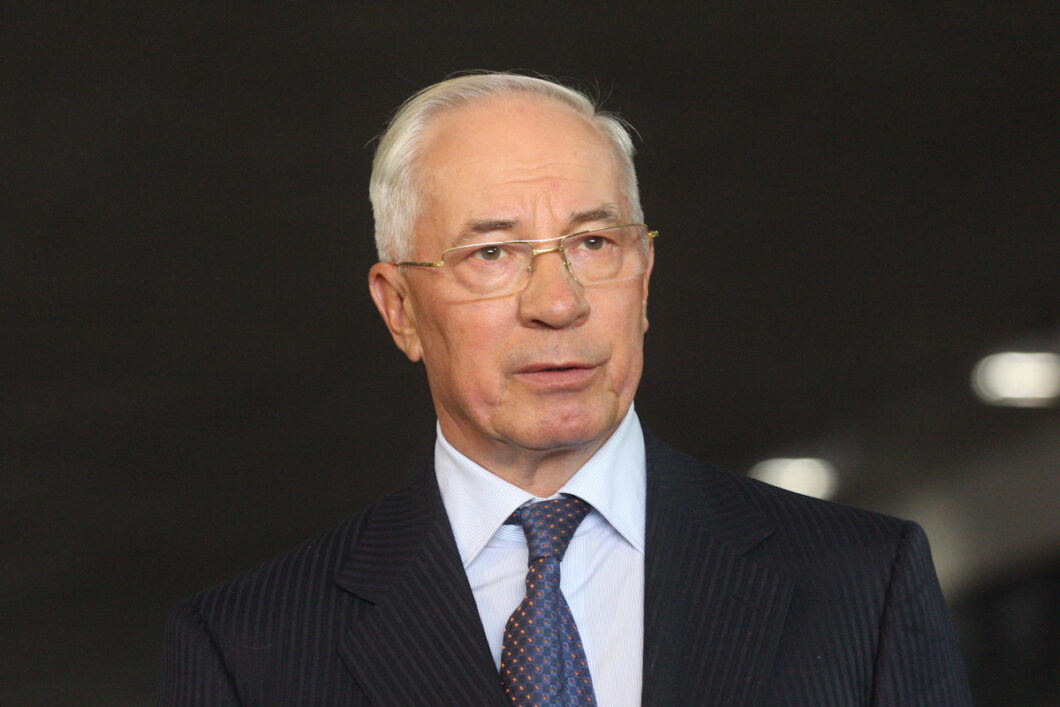 Place of Birth. Education. Was born in Kaluga (Russia). In 1971 he graduated from the Lomonosov Moscow State University with a degree in geologist-geophysicist. Doctor of Geological and Mineralogical Sciences (1986), Professor (1991), Corresponding Member of the National Academy of Sciences of Ukraine (1997).

Career. After graduating from Moscow State University, in 1971-1976, the future politician worked at the Tulaugol plant. 1976-1984 headed the laboratory, department of the Moscow Region Research and Development Coal Institute.

In 1984-1995. Azarov – Deputy Director, Director of the Ukrainian State Research and Design Institute of Mining Geology, Geomechanics and Mine Surveying of the Ministry of Coal Industry of Ukraine.

In 1994-1998 – People’s Deputy of Ukraine of the II convocation, chairman of the budget committee of the Verkhovna Rada.

1996 to 2002 Azarov is the head of the State Tax Administration of Ukraine. In the same years, Azarov, as the head of the fiscal service, is a member of the Coordination Council on Financial Sector Policy, the National Council for Coordination of the Activities of State and Regional Bodies and Local Self-Government, the National Security and Defense Council of Ukraine, the Currency and Credit Council of the Cabinet of Ministers, the Supreme Economic Council under the President Ukraine, the Interdepartmental Commission on Regulation of the Food Market, Prices and Incomes of Agricultural Producers, the Coordinating Committee on Combating Corruption and Organized Crime under the President.

November 2002 to February 2005 Azarov holds the post of First Deputy Prime Minister – Minister of Finance of Ukraine in the first government of Viktor Yanukovych. He heads a number of government commissions and coordination councils. Including the Commission on ensuring the timeliness and completeness of payment of taxes and repayment of arrears on wages, pensions, scholarships and other social benefits; on the privatization of Ukrtelecom; on insolvency issues; Coordination Council on the establishment of a mortgage lending system; on corporate governance issues in joint stock companies, etc. Acts as the coordinator of cooperation between the Ukrainian government and international financial organizations.

After being elected to parliament in the spring of 2006, he headed the budget committee. On August 4, 2006, he came to the Cabinet of Ministers of Yanukovych for the second time and again became First Deputy Prime Minister – Minister of Finance.

November 2007 to March 2010 – People’s Deputy of Ukraine of the VI convocation from the Party of Regions. Minister of Finance in the shadow (opposition) government of Yanukovych.

Since March 2010 – Prime Minister of Ukraine.

After the parliamentary elections in the fall of 2012, the candidacy of Azarov was again submitted by President Yanukovych for the post of head of government and approved by the deputies.

On November 21, 2013, the Ukrainian government headed by Mykola Azarov ordered to suspend preparations for the conclusion of the Association Agreement between Ukraine and the EU, which led to the Euromaidan.

On January 22, 2014, he called the participants in the riots in the center of Kiev terrorists who must be held accountable for their actions.

On January 28, 2014, Azarov resigned from the post of prime minister, and on the same day, President Yanukovych accepted it. On February 27, 2014, Arseniy Yatsenyuk took over as head of government.

A few hours after his resignation, Azarov flew on a private plane to Vienna. There is a mansion in the elite district of Vienna, which is registered in the name of Azarov’s son. The Azarov family also lives there. According to the Austrian newspaper Kronen Zeitung Azarov arrived in Austria and plans to stay there for a long time.

On March 6, 2014, the European Union and Canada announced that Mykola Azarov and his son Aleksey are on the lists of high-ranking Ukrainian officials against whom financial sanctions are being imposed.

The Security Service of Ukraine declared Mykola Azarov wanted for a crime under Part 3 of Art. 365 of the Criminal Code of Ukraine (“abuse of power or official powers by an employee of a law enforcement agency, resulting in grave consequences”).

Interpol refused to carry out the search for the former Ukrainian Prime Minister, the Ministry of Internal Affairs of Ukraine declares that Azarov is not on the international, but on a kind of “interstate” wanted list.

Subsequently, Azarov and his family settled in Russia, without renouncing Ukrainian citizenship.

In August 2015, he, along with other former high-ranking officials of Ukraine during the presidency of Yanukovych, founded “Salvation Committee of Ukraine “, speaking from the standpoint of Russian propaganda.

On March 5, 2023, the EU lifted sanctions against Mykola Azarov and Eduard Stavitsky. They have been on the sanctions list since 2014 for embezzlement of state funds from Ukraine or abuse of office.

On October 20, 2023, the Pechersk District Court of Kiev arrested in absentia Mykola Azarov on suspicion of treason.

Views and ratings. He actively criticized the “orange” governments of Yulia Tymoshenko and Yury Yekhanurov in 2005-2006. for the haphazard, incompetent, failure of the developments of the Cabinet of Ministers of Yanukovych. He stated that the second government of Yanukovych will have to do serious work on the mistakes of the last two predecessors. After returning to the Cabinet of Ministers, he himself was harshly criticized by political opponents and a number of independent experts.

Azarov and the Party of Regions. He is ranked among the so-called “old Donetsk”. Since April 2003, Azarov headed the political council of the Party of Regions. Until recently, he was considered one of the most influential members of this political force. So, it is no coincidence that he acted on the part of the regionals as one of the negotiators during the formation of the parliamentary coalition in the summer of 2006 and the settlement of the 2007 political crisis, at the peak of which President Viktor Yushchenko issued two decrees on the dissolution of the Verkhovna Rada of the V convocation and holding early parliamentary elections.

In the spring of 2008, at the congress of the Party of Regions, Azarov, unlike a number of his younger colleagues, did not get the post of deputy chairman. At the same time, he got a seat on the Presidium of the Political Council of the PR and headed the central control commission of the party. However, some observers believe that recently the position of the regional veteran has weakened.

However, in 2010, Azarov, along with the prime minister’s chair, took the post of head of the party, which was vacated after Yanukovych was elected president of Ukraine.

Scientific activity. Author and co-author of over 100 scientific works, co-author of the books “Geological models of gold deposits of the Ukrainian shield and Donbass”, “All about taxes”.