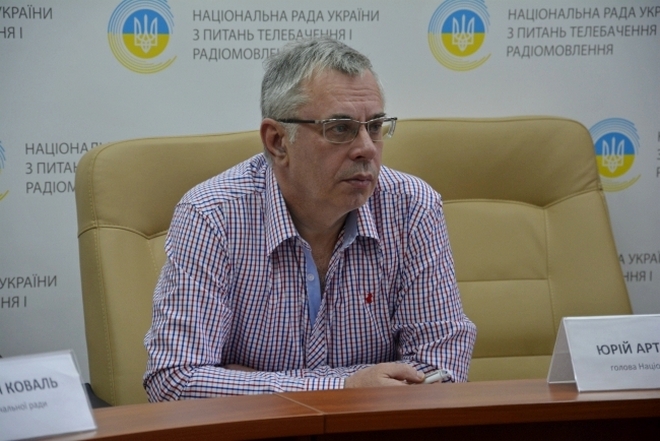 In 2001-2005. Yuriy Artemenko was the founder, board member and vice-president of the Ukrainian Association of Periodical Press Publishers.

2002-2005 – People’s Deputy of Ukraine of the IV convocation, a member of the Our Ukraine faction. Deputy Chairman of the Verkhovna Rada Committee on Freedom of Expression and Information.

From February to November 2005 – head of the Zaporozhye Regional State Administration (appointed and dismissed by decrees of President Viktor Yushchenko).

2006-2007 – People’s Deputy of Ukraine of the V convocation from the Our Ukraine bloc (No. 55 in the electoral list). Deputy Chairman of the Committee on Environmental Policy, Nature Management and Elimination of the Consequences of the Chernobyl Catastrophe.

In 2007, Yuriy Artemenko left Our Ukraine.

In 2008-2010 – Head of the Public Council of the State Committee for Television and Radio of Ukraine.

He is a member of the Supervisory Board of the All-Ukrainian Radio Networks Retro and Radio Alla (since 2008 he became the chairman).

Since 2009 – Chairman of the Supervisory Board of the international charitable foundation Dopomoga.

By order of the Cabinet of Ministers of Mykola Azarov dated July 7, 2010, he was appointed Deputy Minister of Culture and Tourism of Ukraine (Mykhailo Kulinyak). On the distribution of responsibilities, he was in charge of tourism and the Euro 2012 football championship (in the part delegated to the Ministry of Culture), was responsible for the ministry’s relations with the Verkhovna Rada.

Dismissed from his post as Deputy Minister by decree of President Viktor Yanukovych of June 16, 2011.

Since 2013 – Freelance Advisor to the Minister of Foreign Affairs of Ukraine.

On July 7, 2014, by decree No. 575/2014, President of Ukraine Petro Poroshenko appointed Yuriy Artemenok a member of the National Council of Ukraine on Television and Radio Broadcasting. Elected chairman of this regulatory body.

On May 4, 2019, Yuri Artemenko resigned from his post as chairman of the National Council for Television and Radio Broadcasting. On the same day was fired by the president Of Ukraine…

On May 7, 2019, Petro Poroshenko appointed Yuriy Artemenko a member of the National Commission on Communications Regulation and Informatization.

Since 2023 – Chairman of the Supervisory Board of the Kiev National University of Theater, Film and Television named after I.K. Karpenko-Kary.

In January 2023 he was included in the Supervisory Board of the Ukrainian Cultural Fund.

The best journalist of the year in the Zaporozhye region (1988). Awarded with the order “Guardsman of the Revolution” 1st degree. Since March 2005 he is a civil servant of the 3rd rank.