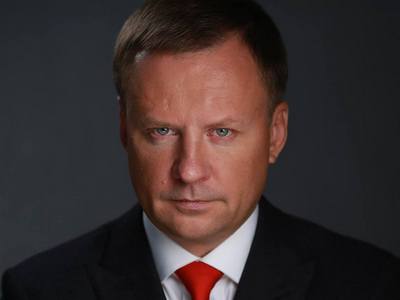 Place of Birth. Education. Born in a military family on April 10, 1971 in Gorky, RSFSR. In 1988 he graduated with honors from the Leningrad Suvorov Military School.

In 1995, he graduated with honors and a gold medal from the Military University of the Ministry of Defense of the Russian Federation.

In 1996 he graduated from the Faculty of Law of the Ryazan State University named after S. A. Yesenin.

In 1999 he defended his dissertation for the degree of candidate of legal sciences on the topic “Legal nihilism and legal idealism (theoretical and legal research)” at the Moscow Academy of the Ministry of Internal Affairs of Russia.

In 2002, the Ministry of Education of the Russian Federation awarded Voronenkov the academic title of associate professor.

In 2009, he defended his dissertation for the degree of Doctor of Law on the topic “Theoretical and Normative Foundations of Judicial Control in the Mechanism of Separation of Powers” at the Russian Law Academy of the Ministry of Justice of the Russian Federation.

On March 20, 2014, together with 443 deputies of the State Duma of the Russian Federation, he voted for the annexation of Crimea by Russia.

In October 2016, together with his wife, State Duma deputy Maria Maksakova, he moved to Ukraine, and on December 6, 2016 he received Ukrainian citizenship. Later, in an interview, he said that he was forced to vote for the annexation of Crimea under fear for his family, said that the Duma deputies were given an order with a threat to support Putin.

Murder. He was killed on March 23, 2017 at about 11:30 am in Kiev at the intersection of Taras Shevchenko Boulevard and Pushkinskaya Street. The Ukrainian authorities called this incident a political assassination commissioned by the Kremlin. Voronenkov was one of the witnesses involved in the case of ex-dictator Viktor Yanukovych.

Family. From a previous marriage with Yulia Aleksandrovna Voronenkova, he had two children. In March 2015, Voronenkov registered a marriage with an opera singer, State Duma deputy from United Russia Maria Maksakova-Igenbergs. On April 15, 2016, the son Ivan was born to the married couple Maksakova and Voronenkov.