In the Forbes rating, Vladimir Melnikov, the creator of the Gloria Jeans trademark and a chain of stores of the same name, with a fortune estimated at 450 million US dollars (at the end of 2015), ranks 178th, and his company is the largest Russian retailer, leading by key indicators and efficiency of the clothing business.

He is called the brightest Rostov entrepreneur, a man of ambiguous views and actions. Vladimir Vladimirovich Melnikov is rich, eccentric, deeply religious. He wears only two brands: Armani and Gloria Jeans, does not tie his shoelaces, does not part with a calculator, helps people, loves money and freedom.

Unlike many other well-known entrepreneurs who created their business from scratch (for example, Oleg Tinkov, Vladimir Dovgan), who changed many different businesses, he has remained faithful to the “denim business” for almost 30 years. When journalists ask him why jeans and not oil, gas or finance, he quite seriously answers: “Because jeans are freedom.”

The beginning of time

Who is he – the owner of the trademark, the recognition of which is more than 95% among Russians – Vladimir Vladimirovich Melnikov? His biography and life is so thorny and eventful that it is of genuine interest.

He was born in 1948. Having lost his parents early, he achieved everything himself. Not having completed his studies at school, at the age of 14 he went to work at a factory. Later, having bought a high school diploma, he entered the institute. Where did he get money?

From adolescence, he was engaged in fartsovka (as the illegal resale of scarce goods was called in the USSR), and later the illegal resale of currency. For these activities, they were then imprisoned. Melnikov did not manage to escape imprisonment. In 1969 he was given five years of general regime. It was the first “walk”. In total, he was in prison three times, spending a total of 10 years there. However, this did not prevent the creation of a grandiose business empire, but, on the contrary, tempered it. 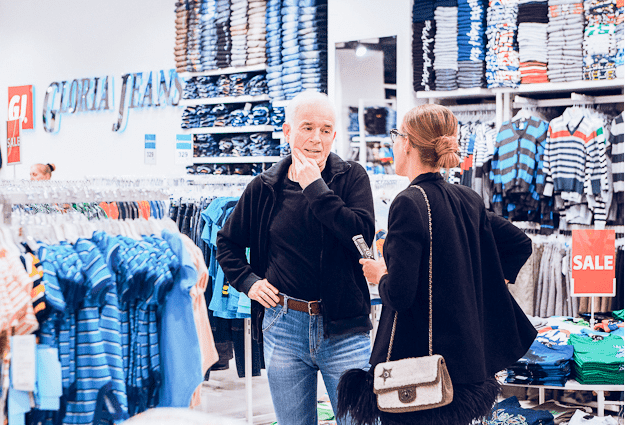 The history of the creation of the business dates back to 1988 – Melnikov, together with his wife, organized the first legal sewing cooperative in the USSR “Gloria” in the city of Rostov, specializing in sewing a symbol of freedom and the “American dream” – jeans.

Prior to this, jeans were sewn illegally in the basement from a fabric that vaguely resembled denim, rubbed with stones to give fashionable wear, and at home the future king of the clothing empire symbolically had a sewing machine.

In 1989, intending to buy equipment abroad for his cooperative, Melnikov tried to take dollars out, for which he was again arrested and imprisoned. During the time that he was behind bars, his wife, Lyudmila Leonidovna Melnikova, led the business.

Melnikov admits that he cried in the Soviet courtroom, not understanding what he was being tried for. He believes that capitalism is the most correct regime, since everyone only spends money, and the capitalists multiply it.

In 1991, the first partner store of the company was opened, in 1994 a factory in Bataysk was acquired, in 1995 a factory in Novoshakhtinsk was bought. The number of manufactured products increased to 500 thousand. In 1996, representative offices were opened in large cities: Novosibirsk, Yekaterinburg, Moscow and others.

For ten years, the company, organized by Melnikov, has become the largest manufacturer of clothing for children and teenagers in Russia. 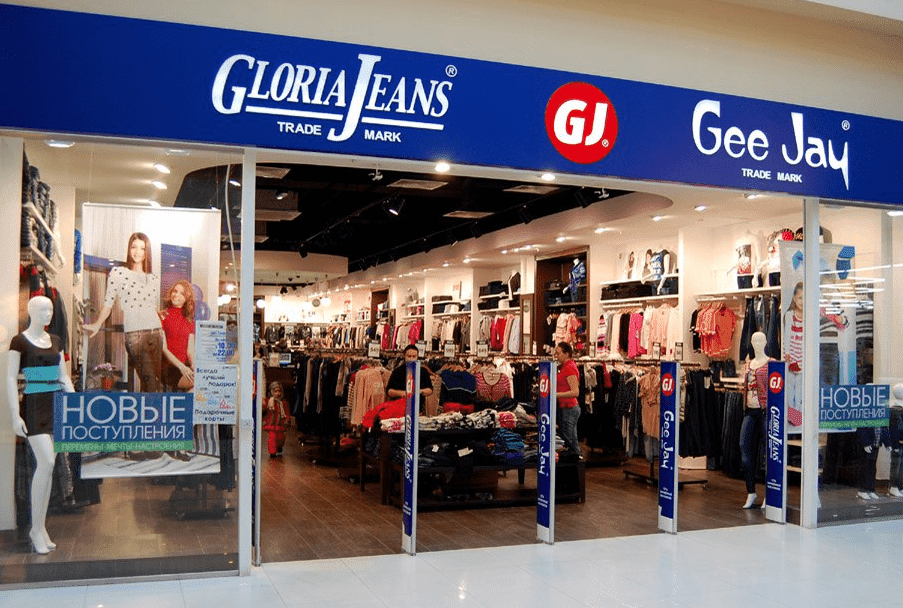 The company, created by Melnikov from scratch, has repeatedly received various awards and titles:

In December 2012, after a long illness, Melnikov’s wife died, for the period of her serious illness, which lasted a year and a half, Vladimir Vladimirovich retired, devoted himself to caring for his wife.

In 2014, Gloria Jeans took 186th place in the list of the 200 largest private companies in Russia, compiled annually by Forbes magazine, with a revenue of 27.7 billion rubles. By this point, the company had already been re-profiled into a retail chain placing orders at third-party factories (in 2009, the company abandoned the wholesale production and franchising system).

What a businessman in life

Melnikov is famous for his paradoxical metaphorical thinking. He can answer a question with a quotation from the Bible, a statement from classical literature, or tells stories from his own camp life. It can completely unexpectedly kick out or throw an ashtray, a glass or a laptop at an employee who has angered him or an unlucky interlocutor. Forbes included him among the nine most unusual Russian businessmen – eccentrics and eccentrics.

The first lesson concerns business: the farther you sell from the place of production, the more profitable. Explains on his first “teenage business”. Vladimir gave the fishermen a bottle of vodka (it cost less than three rubles) in exchange for a bag of fish. And he sold this fish to market traders for 15 rubles. Working at a margin of more than 400% even then, the future billionaire discovered the spirit of free enterprise in himself.

The second lesson is vital: in order to survive, you need to “throw up” all the time. What does it mean? At the time of one of his conclusions, Melnikov, in a company of seventeen people, was forced to stay overnight in the Taiga on the street, the frost was below 40 degrees. They sat around the fire. When the fire began to burn out, the question arose – to throw firewood or move? Everyone moved up. When almost only smoldering coals remained, no one began to throw up again, but everyone just moved.

In the morning, only nine people woke up from the whole group, five of them were hospitalized in a critical condition, and Melnikov was among the four who remained alive and relatively (not counting frostbite of the legs) unharmed.

In Melnikov’s office there is a complete collection of the series of books “The Life of Remarkable People”. He offers his visitors to choose a publication with any biography, based on the choice he makes for himself a psychological portrait of the visitor.

Melnikov does not get involved in politics and the state (he did not participate in the privatization of state property). Although at one time he worked for Gaidar, he even intended to go into politics, but his spiritual mentor dissuaded him: this was not a charitable business.

Melnikov is deeply religious, communicates with the elders, listens to their opinion, he has his own spiritual mentor. To be closer, the entrepreneur built a house near the Optina Pustyn monastery in the Kaluga region.

The entrepreneur helps the poor, the seriously ill, the homeless, single mothers, the needy, the disadvantaged a lot. In his interview given to Ksenia Sobchak, to the question that if he had only one million dollars, in which business he invested it, Melnikov replied that he would not go to any – he would go roam the country, distribute money to the poor. 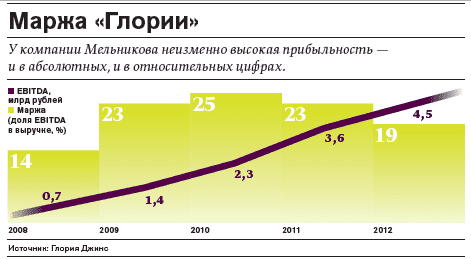 Gloria’s key indicators are growing. Margin from 2008 to 2015 averaged 20.8%, while EBITDA grew almost 6.5 times. Despite the fact, and perhaps due to the fact that her leader is not used to and is not going to do everything according to the rules. When the “importance of marketing” boom began in Russia, he fired all the marketers from his company – all this unnecessary research and piles of papers were useless.

“In branded clothing, the price does not match the quality, and at the heart of our business is love. And, if it is otherwise, the buyer will close us – I feel it much better than all marketing researches can tell me” V. Melnikov.

When other companies began to reduce the range, he, on the contrary, increased it, Gloria Jeans began to create 40 new models per week.

Melnikov insists: the doors to his stores should always be open, even if it’s winter and it’s minus outside. If the doors are closed, he becomes furious. When asked what sellers should do to keep warm, he replies: dance!

For the positions of top managers in Gloria, Melnikov always takes foreigners: people from Benetton (Giorgio Bezzi – responsible for production technologies), Adidas (Jasper Zilenberg – retail director for Africa, Europe, the Middle East), IKEA (Michael McDonald – financial director), Levi’s (Paul Allen – responsible for strategic planning) and others. He does not spare money on them, he believes that there are no good specialists in Russia, and if they appear, they go abroad.

In order to know the global trends of the fashion industry, Melnikov travels around the world four to six times a year, renting a special plane for this. In many countries of Europe, America, Asia, Gloria Jeans has its own designers, they study the markets. In an interview with Forbes magazine, Vladimir admits that they “peep” ideas from expensive brands: Chanel, Levi’s and others.

To date, Gloria Jeans sells children’s and adult clothing under the brands Gloria Jeans and Gee Jay, accessories and economy class shoes, its head office has moved from Rostov-on-Don to Moscow, the network has more than 600 stores in Russia, Ukraine, Georgia, large logistics complexes in Novoshakhtinsk and Novosibirsk.