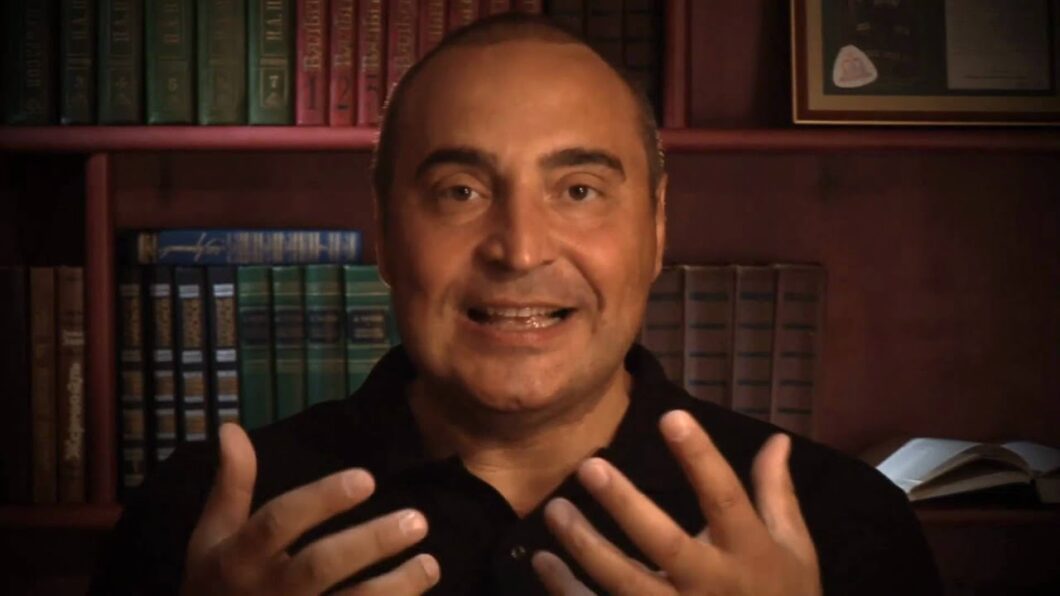 In the 90s, the name of Vladimir Dovgan was on everyone’s lips, during his life he succeeded as a businessman, despite the complete lack of initial capital, and now he helps thousands of people become successful

Vladimir Dovgan is one of the most creative and energetic Russian businessmen, a man-brand. He has created over 30 different businesses and has written over 10 books. His track record seems paradoxical, surprising: he was engaged in the production of chips, pizza, vodka, cigarettes and preaching the right healthy lifestyle, was a politician and TV presenter, martial arts and writing books, rowing and network marketing.

Dovgan is rightly called the founder of the Russian franchising system after the publication of the book “Franchising – the way to expand business.” Now he manages the project “Academy of Winners” – this is a training center, as Vladimir himself calls it, “intellectual karate” that helps students to discover their superpowers and become winners.

How did the path of the winner begin?

The biography of Vladimir Dovgan begins with his birth on July 30, 1964 in a small Far Eastern taiga village with a strange name Erofei Pavlovich, located seven and a half thousand kilometers from Moscow, where he lived until the first grade.

After, his parents took him to Tolyatti. Dougan was always active, self-willed, for which he deserved the sincere dislike of some teachers, in particular the mathematics teacher, who did not miss the opportunity to call him a moron, an idiot.

During his school years, the future millionaire was actively engaged in kayaking. After school, he left for Krasnodar to enter the Institute of Physical Education, trained, went to training camps, prepared for competitions for the Cup of the Soviet Union. However, it did not work out to succeed in this sport – there was a terrible blow – the elder brother Valentin died.

The tragedy knocked Vladimir down, he fell ill with hypertension, he had to quit sports. In his books, Dovgan says that he turned into an invalid – he drank 60 tablets, received 50 injections a day.

Once he realized that you can die silently, but you can act, even in such a seemingly hopeless situation. Only movement towards the goal could save him. Vladimir began to actively prepare for admission to the Togliatti Polytechnic Institute in order to follow in the footsteps of his brother.

As a result, as a result of almost round-the-clock study of school textbooks in physics, chemistry, mathematics for all the years of study, despite illness, infirmity, he still managed to become a student. He always dreamed of being a leader, living a different life – a rich, well-fed life. 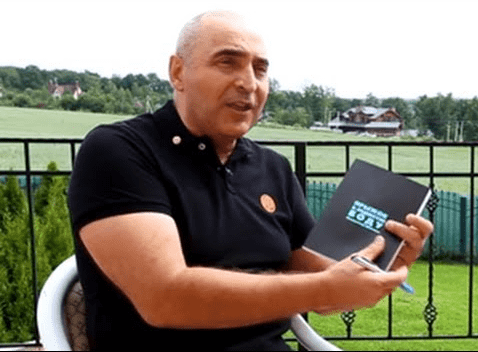 Later, he managed to completely cope with the disease by discovering his own healing method, about which he wrote the book “Jumping into Ice Water”.

Then there was the army, martial arts, the organization in the late 80s of the first own business – a club called Budo. There was no money for the initial investment, but there was a great desire and indefatigable energy.

As Dovgan tells in his books and interviews, only advertising could help find students and create profitable groups. In the late 80s, there was nothing: no computers, no photoshop, not even printing houses that could print leaflets. I had to turn on my ingenuity: the entrepreneur bought several dozen ordinary Whatman papers, hired an alcoholic artist for the minimum “liquid” currency, who drew colorful posters. It worked, the students flocked to the club. At the same time, Vladimir studied at the institute, worked at a factory, worked with friends and colleagues on the development of equipment for the production of chips, organized the Plandem cooperative, which stands for “plan: make millions”. Dougan tries to do everything in parallel, this is the only way to compress time.

All the forces and the meager cash reserves that the newly minted businessman owned at that time were thrown into the development of the unit for the production of chips. When production stopped due to the inability to buy the missing materials, parts, the entrepreneur was in complete despair: where to get money for the business. Another brilliant idea came to mind. Dougan decided to write a book.

Together with fellow trainers, she wrote a book-textbook on karate, which the local printing house agreed to print in the amount of 40 thousand copies in installments. However, sales did not go. Then, putting everything at stake: an apartment, a car, Dovgan took out a loan and advertised in newspapers throughout Russia. It worked again. Orders poured in – I had to hire people who processed applications, packed postal parcels with books. A month later, the entire circulation was sold out.

In the early 90s, Dovgan took up the production of the first mini-bakeries and pizzerias in the USSR, established the Doka-bread and Doka-pizza organizations. Everything, it would seem, was going well, but those were dashing times with crazy interest rates on loans. It was impossible to cover all production costs only with working capital. The issued shares of Doka-khleb helped to keep afloat, which scattered no worse than hot pies baked at Dovgan’s bakeries. Advertising helped again – a video with actor Yuri Chernov in the title role.

But the music did not play for long, such pyramids as Khoper-invest, MMM, and with them all the rest collapsed, no one figured out “what is good and what is bad.”

As Dovgan says: “Russia is a country of extremes – either everyone is allowed to do whatever they want, or they cut off everyone’s heads.”

Doka Khleb’s stock collapsed, and its founder found himself at the bottom again, this time with $750,000 in debt.

After the fall, the press, the people took up arms against the entrepreneur and his companies, many associates left him. One night, like Mendeleev, who saw in a dream the periodic table of chemical elements, Dovgan saw himself in a dream with a bottle of vodka. On the label was his own photograph, under which his name was written.

And here is the new business. The trade mark “Dovgan” appeared. Under it were produced: vodka, positioned as environmentally friendly, food, cigarettes, beer, groceries. Dougan became a popular, recognizable face. He broadcast from TV screens, hosted the program “Dovgan-show”, earned a lot of money.

It was Dovgan who at one time advised Andrei Korkunov to name the trademark by his last name, this is how the chocolate factory “A. Korkunov.

But the crisis of 1998, when money depreciated, when the economy was struck by total paralysis, again threw the businessman many, many steps back, or rather, Dovgan again became bankrupt, now his debt was 20 million dollars (!).

Dougan and this time found a way out – he decided to go into politics. He organized the “Party of Vladimir Dovgan” with the slogan “I will make you the richest people in the world.” The party had no money, they managed to attract only 200 thousand dollars from outside, which was a drop in the ocean for the promotion of a political party. At press conferences, he had to lie harshly to voters (Dovgan himself talks about this in his books), it became clear to the entrepreneur that politics was not his lot.

After leaving politics, the entrepreneur sold audio cassettes, CDs, created an interactive game HOP-GO with his associates, the presentation of which was attended by citizens from more than 30 countries. The game was never launched and achieved the desired economic benefits, but it helped to work out and prepare another larger and grandiose project – the Edelstar network company, which Dovgan managed until 2011 with his friend and colleague Alexander Konovalov. 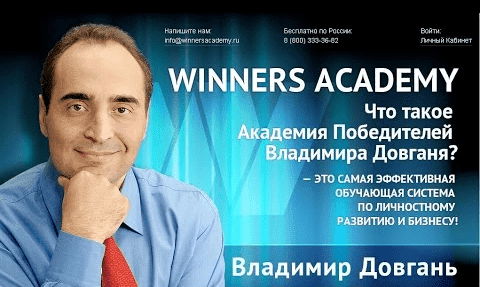 Currently, Dovgan has a new business again – the Academy of Winners training center, it can hardly be called ordinary and traditional. Although it is now becoming fashionable, many want to teach people and get paid for it, but Dovgan warns: first ask the newly minted business and success coach, did he even earn $ 20 million in his life? If not, what can he teach you?

In his interview to the electronic business newspaper of Tatarstan, Dovgan gives the following example: the Toyota concern produces 12 million cars a year, and the concern costs three times less than, for example, Facebook or Google, which do not produce anything and do not sell physical goods . It is in the information plane that a business should be built in order for it to be successful.

He is sure that entrepreneurship is the ability to sell what is not, to those who are willing to pay for it.

The entrepreneur considers it unpromising to produce cars, cosmetics or something else in Russia, but to give knowledge and help in the development of superpowers that every person has is a very promising and noble path, in this he found his lot. Now Vladimir Dovgan is actively engaged in business training, writing books and manages his project “Academy of Winners”, he is married with a third marriage, the father of three children.