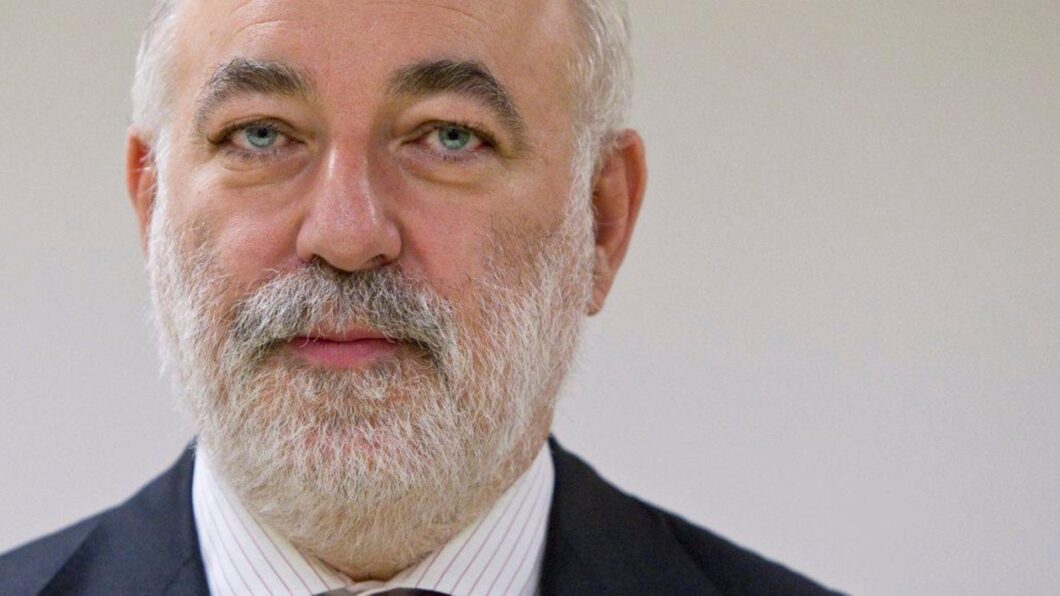 Viktor Feliksovich Vekselberg is an entrepreneur, head of the Skolkovo fund, one of the founders and chairman of the supervisory board of Renova Group, a billionaire.

In the global ranking of the richest people in the world, published by the American Forbes on March 1, 2016, the investor and financial tycoon took 98th place, that is, entered the first hundred of the richest people in the world from among Russians. According to the publication, his fortune in 2015 decreased by $ 3.7 billion and amounted to ten and a half billion. By comparison, in 2012, the magazine estimated his wealth at $ 18 billion, and he topped the list of domestic billionaires.

Childhood and family of Viktor Vekselberg

The future oligarch was born on April 14, 1957 in the Ukrainian city of Drohobych in Western Ukraine. There they had many friendly and “hospitable” Ukrainian relatives on the mother’s side (grandmothers, grandfathers, uncles, aunts, cousins ​​and sisters), but there was a complete absence of their father’s relatives, they all died during the Second World War.

The fact is that the businessman’s hometown is located close to the state border. Therefore, before its capture by the Nazis in 1941, almost none of the residents had time to leave. The occupation authorities rewrote local Jews (there were 15 thousand of them) and before leaving in 1944 they were all shot. Among the victims of the brutal massacre were 18 members of Victor’s family.

At school, the teenager was an excellent student, an active participant in public life, a secretary of the Komsomol organization. But, as the businessman later noted, despite this and the fact that when he received his passport he was registered as a Russian by nationality, he was not given medals for successful graduation from school – because of his specific surname.

The young man dreamed of Moscow State University. In high school, he studied at the correspondence school of mechanics and mathematics of this university – he was preparing for admission, solving tasks sent by mail. But acquaintances, including the son of friends of his parents, a student at the Moscow Institute of Transport Engineers with the same characteristic surname Werner, did not advise him to try to enter Moscow State University, MEPhI or Phystech.

After listening to his older comrades, the young man became a student at the Faculty of Automation and Computer Engineering at MIIT. He received in the entrance examinations in mathematics in writing and orally “five”, and on the essay – “three” because of the presence in speech and writing of Ukrainianism.

In the hostel, Vitya lived in the same room with the aforementioned fellow countryman Werner. And in the same neighborhood, his future business partner Leonid Blavatnik lived, who later, after receiving American citizenship, became Leonard. They studied on the same stream, but in different groups, played football together, went to theaters and concerts. Viktor Feliksovich maintained friendly relations with other institute friends: classmate Volodya Kremer, Alexander Abramov, 2 years older than Evgeny Olkhovik.

The beginning of the career of Viktor Vekselberg

In 1979, the young man graduated from the university with honors. Upon distribution, he again, according to him, faced a restriction on the admission of Jews. As an excellent student, Vekselberg had the right of priority choice of a place of work, but three times, when his name was mentioned, he received a refusal from employers.

As a result, he was forced to ask the dean to be given a “free” diploma, and got a job again through acquaintances. He was accepted to work in a design bureau, where pumps for oil production were created, a chief by the name of Lyamts.

Developing the designs of pumps and software for them, the young specialist traveled to oil fields and did not even imagine that he would soon become the owner of some of them.

By 1990, he defended his dissertation and also founded several firms, including KomVek (from Vekselberg’s Company), which specialized in the export of non-ferrous metals. In particular, he sold 500 tons of aluminum from the Irkutsk Aluminum Smelter (AZ) in the USA and opened its representative office in New York. There he met his neighbor Blavatnik, who emigrated in 1978 and became a wealthy US citizen. Together with an old friend, he founded the Russian-American Joint Venture Renova.

Later, in addition to Irkutsk AZ, they were given control over the shares of the Ural AZ, which was facilitated by Vakselberg’s friendly relations with the Governor of Sverdlovsk Eduard Rossel. These enterprises were merged into the Siberian-Ural Aluminum Company, headed by Viktor Feliksovich.

In 1998, the businessman expanded his field of activity. In partnership with Alfa Group, Renova acquired the Tyumen Oil Company. Subsequently, through a merger, they created TNK-BP, which became one of the largest in the world in terms of oil production.

Vekselberg was also involved in business development in gas, energy, finance, mechanical engineering, real estate, IT and many others.

The tycoon is married to classmate Marina, whom they met while studying at the institute in a construction brigade, and a year later they got married in a romantic relationship. The couple raised two children, son Alexander and daughter Irina, who were born in 1988 and 1979, respectively.

The wife runs the Dobry Vek charity organization, which specializes in supporting people with mental illness. She runs about a hundred programs for the development and reform of mental health care.

His son, a US citizen, graduated from Yale University, is developing his own technology startup established overseas. My daughter is also a graduate of this university, she worked in Renova as an investment specialist. She gave her parents a grandson Marat in 2011.

The oligarch permanently resides in Switzerland and, allegedly, intends to obtain the citizenship of this country. Some mass media say that the reason for this decision was the waste of funds provided for the creation of Skolkovo. Allegedly, in 2013, about 140 million rubles were transferred by Viktor Feliksovich to the accounts of his foreign firms. The businessman also owns real estate in Croatia, the famous Italian villa and a collection of antiques that once belonged to Benito Mussolini. The oligarch loves poetry, giving preference to Boris Pasternak.

In 2010, the oligarch became the coordinator of the Skolkovo project to create an innovative complex in Moscow. He noted in an interview that the five main areas of this endeavor – energy, biomedical, nuclear and information technology, space – are precisely the market segments that he deals with as a businessman.

In 2013, he sold his TNK-BP shares to Rosneft for $ 7 billion. Part of the proceeds was invested abroad in Schmolz + Bickenbach (Switzerland, steel), Bank of Cyprus, Dresser-Rand (USA, compressors), Octo Telematics (Italy, smart insurance).

The billionaire continues to work within the framework of the “Link of Times” fund, created by him, the first action of which to acquire and return to his homeland outstanding works by Faberge caused a great public outcry.