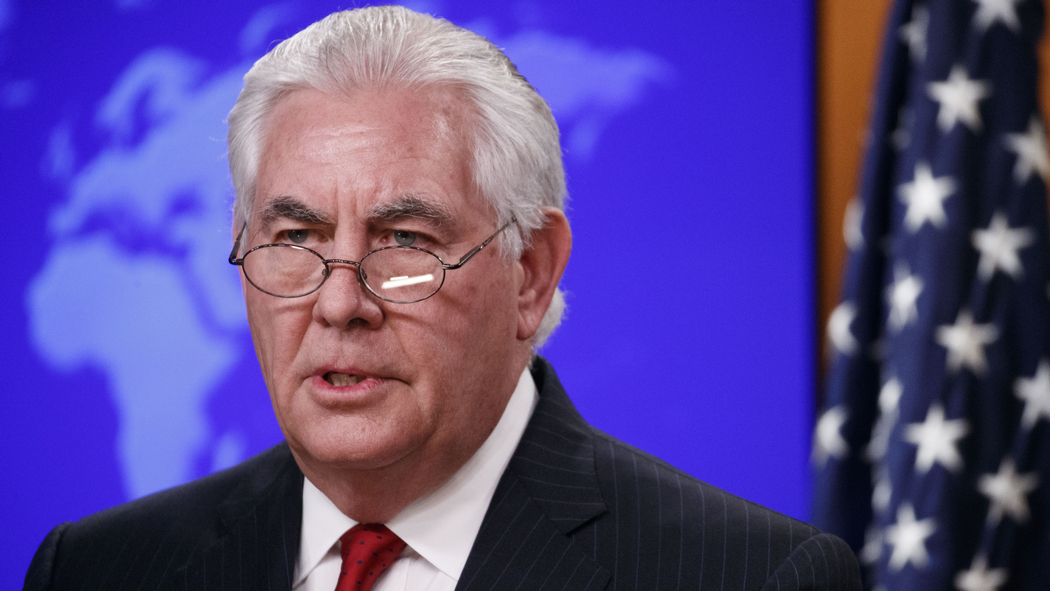 Place of birth, education. Rex Wayne Tillerson was born March 23, 1952 in Wichita Falls, Texas, USA. Grew up in Oklahoma and Texas, the main oil and gas producing states of the USA. In 1975 he graduated from the University of Texas at Austin, where he studied engineering (during his university years he was a member of the Alpha Phi Omega student fraternity, which until 1968 accepted only Boy Scouts).

Career. He began his career at Exxon in the fields as a production engineer, by the mid-1980s he headed the business development service in the corporation's gas department. Gradually climbed the career ladder, in 1995 he first headed the company's division in Yemen, and in 1998 - Exxon Neftegas Ltd - a joint venture between Exxon and the Russian company Naftogaz for hydrocarbon production on the shelf near Sakhalin Island. In 2001, he became a senior vice president of ExxonMobil, in 2004 he joined the board of directors of the corporation, since January 1, 2006 - chairman of the board of directors and CEO of ExxonMobil. On December 14, 2016, the corporation announced Tillerson's resignation and his successor, Darren Woods, taking office on January 1, 2017.

According to documents provided to the German newspaper Süddeutsche Zeitung by an anonymous source, in 1998 Tillerson became a director of the Russian-American company Exxon Neftegas registered in the Bahamas (according to ExxonMobil itself, he left this position in 2006, when he headed the corporation).

In the 1990s, as a representative of Exxon in Russia, Tillerson played an important role in reaching an agreement on the creation of an international consortium for the development of Sakhalin-1 oil and gas fields, and in 2007, having already headed the corporation, he managed to defend its interests in confrontation with Russian authorities and Gazprom. In 2009, secured Exxon's $30 billion LNG contract with Qatar.

In 2011, ExxonMobil signed an oil production contract in Iraqi Kurdistan, which was in violation of Iraqi laws and also irritated Washington.

In the same 2011, Exxon entered into an agreement with Rosneft Corporation, according to which it received access to oil reserves in the Russian sector of the Arctic in exchange for the Russian company's investment in Exxon's overseas projects. This contract was frozen after the imposition of sanctions in 2014, the losses of the American company are estimated at about $ 1 billion, and Tillerson sought to reverse the decisions made. According to the British newspaper The Guardian, Tillerson has been personally acquainted with the head of Rosneft, Igor Sechin, since the 1990s, when he worked in the city administration of St. Petersburg (the newspaper calls Sechin the most powerful person in Russia after Putin, in 2014 he came under personal sanctions).

Tillerson sought to lift the decades-old ban on the export of US crude oil, as well as the removal of restrictions on the development of liquefied gas export projects. Under Tillerson's leadership, ExxonMobil posted a net income of $34 billion in 2014 and paid $80 billion in taxes. In addition, the corporation continued to cooperate with Rosneft after the imposition of sanctions in 2014. Forbes magazine ranked Tillerson as the 25th most influential person in the world in 2015 (up from 20th in 2014).

According to the same magazine, Tillerson owns 2.6 million ExxonMobil shares, which were valued at about $240 million in 2015 and earned $27 million.

Political career. In 2011, he made political donations from his own funds in the amount of $42,800, while the amount went to the campaign funds of Republican candidates at various levels of elections, including Senator Mitch McConnell, and presidential candidate Mitt Romney. In December 2016, Tillerson began to be named among the possible candidates for the post of US Secretary of State in the future cabinet of Donald Trump. On December 6, the president-elect met with Tillerson in person at New York's "Trump Tower," and The Wall Street Journal business publication expressed concern about the possible appointment of a person with "Putin ties."

Tillerson has known Vladimir Putin for a long time. During a speech at the University of Texas in 2016, he stated that he had known Putin for 15 years, although some media attributed their acquaintance to the days of Boris Yeltsin. In 2011, ExxonMobil signed a contract with Rosneft for oil and gas production in the Arctic, the condition of the deal was the opportunity for Rosneft to invest in the projects of a Western company. In 2012, in the presence of Putin, Tillerson and Sechin signed a contract for the joint production of hydrocarbons in Western Siberia, after which the chief executive of Exxon Mobile met with the head of Russia. And in 2013, Putin presented Tillerson with the Order of Friendship.

Former U.S. Deputy Secretary of Defense John Hamr calls Tillerson the man who interacted with Putin more than any other American, with the exception of Henry Kissinger. Tillerson is on the Board of Trustees of the Center for Strategic and International Studies. Newsweek magazine recalled that in 2006 Royal Dutch Shell was forced to sell a large part of its share in the Sakhalin-2 project to Gazprom, and in 2008 British Petroleum sold off its Russian assets after the Russian authorities denied an entry visa to its CEO, and The FSB raided the offices of the joint TNK-BP (in 2013, these facilities became the property of Rosneft), and cited William Browder's opinion that ExxonMobil does not have such problems.

On March 13, 2018, US President Donald Trump fired Secretary of State Rex Tillerson and replaced him with CIA Director Mike Pompeo.

Personal life. Tillerson is married to Renda St. Clair and they have four children.

He is a staunch Protestant and starts all business meetings with prayer.