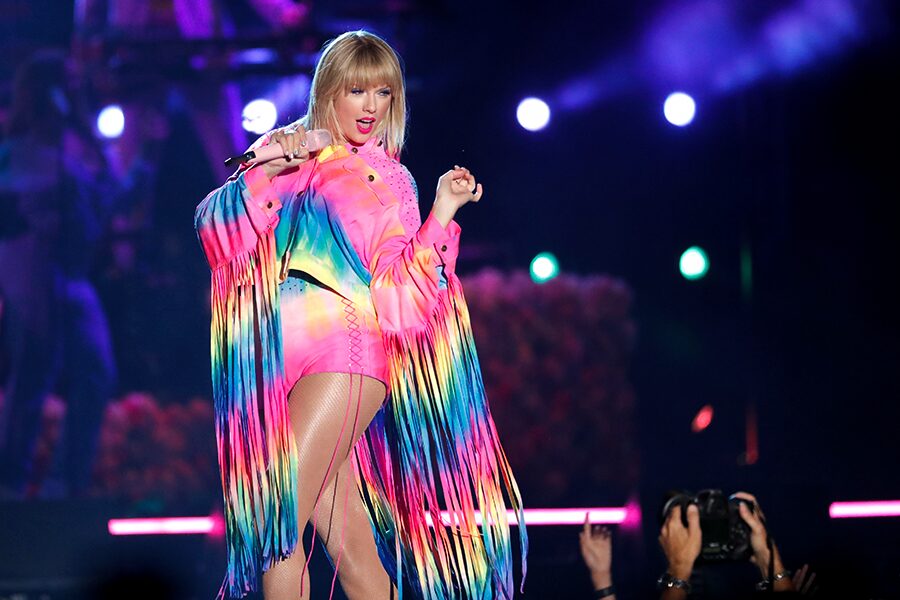 The world’s 100 highest-paid stars collectively earned $6.1 billion for the year before taxes and fees to agents, managers or lawyers — $200 million less than last year. The income of the rating participants decreased for the first time since 2016. But then the drop in overall celebrity earnings was due to the “high base” of 2015, when Floyd Mayweather and Manny Pacquiao made almost half a billion dollars for the most expensive fight in boxing history. Revenues have been impacted this year by the COVID-19 pandemic, which has closed stadiums around the world and canceled concerts. But even despite the pandemic and protests in the US after the killing of George Floyd, the show of some stars continues.

The first two lines of the ranking were occupied by Kylie Jenner and Kanye West, who earned $590 million and $170 million, respectively, in a year. Kanye West’s main source of income comes from a deal with sports giant Adidas, which makes and sells his Yeezy brand of sneakers. Kylie Jenner, in turn, made the bulk of the proceeds from the sale of 51% of her Kylie Cosmetics brand to cosmetics company Coty in January. Despite the fact that Kylie Jenner has been inflating the scale of her business for years, the money she received after the deal was not another scam. The sale of her stake in Kylie Cosmetics was one of the most lucrative deals ever made by celebrities.

The three streaming giants paid out a total of $300 million to the top 100 highest-paid stars in the world, with more than two-thirds of that paid to celebrities by Netflix. Stars who have received payouts from the streaming giants include Ryan Reynolds (18th, $71.5 million), Billie Eilish (43rd, $53 million) and Jerry Seinfeld (46th, $51 million).

Live concerts have provided several famous musicians with the highest income of their entire careers. In the two years since the start of the Divide concert tour, singer Ed Sheeran, for example, has earned $776 million and broke U2’s historic single-tour ticket sales record. In total, Sheeran’s concerts during this time were attended by 8.9 million people. However, next year, musicians’ touring income is likely to be severely reduced as many stars have canceled all concerts due to the pandemic. They included both Taylor Swift (25th, $63.5 million) and Paul McCartney (93rd, $37 million).

Billionaire who is not friends with numbers: Kanye West officially made the Forbes list

Roger Federer became the first tennis player who managed to become the highest paid athlete in the ranking (3rd place, $106.3 million). Football player Cristiano Ronaldo (4th place, $105 million), in turn, became the first athlete in a team sport to earn $1 billion in his professional career. Japanese tennis player Naomi Osaka ranked 90th in the ranking of the 100 highest paid stars in the world and also set a record, earning $ 37 million – more than any other athlete in history.

For the first time in history, a podcast host has appeared in the ranking. In February, Bill Simmons (13th, $82.5 million) sold his company The Ringer to streaming giant Spotify for $206 million. Composer Lin-Manuel Miranda (62nd, $45.5 million) was another newcomer to the rankings. In February, the Walt Disney film studio paid the author of the cult Broadway musical Hamilton $75 million for the rights to show a full-length version of the production about one of the founding fathers of the United States. Lin-Manuel Miranda was one of many who spoke out publicly in the aftermath of the killing of George Floyd. “We must defend the rights of our fellow citizens in word and deed,” the composer said. He is among the celebrities who advocate the start of structural reforms in the US. Lin-Manuel Miranda was one of 12 invested in the Andreessen Horowitz Cultural Leadership Fund. The purpose of this fund is to expand investment opportunities and help African Americans get jobs in technology companies.

When compiling the ranking of the 100 highest paid stars in the world, Forbes took into account their income from June 2019 to May 2023. The ranking shows the amounts before taxes and fees to agents, managers or lawyers. Celebrity earnings estimates are based on Nielsen Music/MRC Data, Pollstar, IMDB, NPD BookScan and ComScore. In preparing the ranking, Forbes also spoke with industry experts and with many stars.